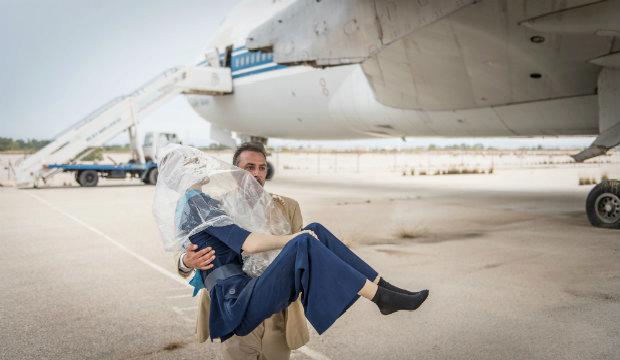 What you need to know: Born in London, raised in Bangladesh, Naeem's work tackles overtly political thematics with a subtle sense of seduction and elegance. Drawing heavily on his personal experiences, Naeem's filmic studies explore post-colonial identity, migration, extremism, transnational politics and refuge. The jury was struck by the ways in which Naeem combines rigorous academic research with a nostalgia and melancholy for lost political dreams.

Tripoli Cancelled, 2017, Mohaiemen's first fiction film, for which he has been nominated, addresses alienation and isolation in modern society as a trigger for extremism, and explores the infinite wait for stability in a politically turbulent world.

What has he been nominated for: His participation in documenta 14 where he presented four works, including Tripoli Cancelled and Volume Eleven, a series of diptychs exploring his great-uncle's misplaced hope that Germany would liberate British India, and his recently closed solo exhibition, Naeem Mohaiemen: There is No Last Man at MoMA PS1, New York.