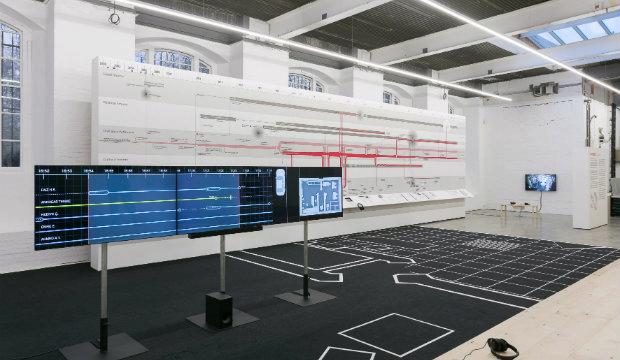 What you need to know: Founded in 2010, Forensic Architecture is a collective of artists, filmmakers, software developers, investigative journalists, lawyers and scientists creating multi-media analytics reports, exhibitions, events and installations from their probing investigations into state and corporate human rights violations worldwide.

Based at Goldsmiths, University of London, the research agency uses spatial analysis and pioneering methods of investigation, including satellite imaging, citizen-led evidence gathering and digital recording to explore and challenge cases of social, domestic and political violence. The jury sees their art, which is often used as evidence in legal courtcases, as an example of the 'the radical and ground-breaking work' being made today; 'it's a return to the roots of what art is and what art can detect today', said Tom McCarthy, jury member and Visiting Professor, Royal College of Art, during the Tuner Prize Shortlist press conference.

Forensic Architecture collaborated with the V&A to curate the UK pavilion at London Design Biennale 2018.

What have they been nominated for: Their participation in documenta 14 – taking place every five years and lasting 100 days, documenta 14 is one of the world's most important exhibitions of contemporary art – and their solo exhibitions at the ICA in London, MUAC in Mexico and MACBA in Barcelona.