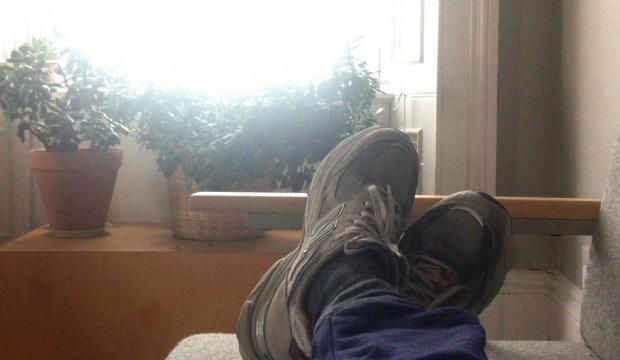 What you need to know: The jury praised Prodger for her nuanced treatment of identity politics, 'queerness, femaleness, personhood, and what it means to be a human today'. The Glasgow-based artist often uses camcorders and iPhones to explore technology as a prosthetic extension of the body, intimately connected to time, work and our social calendars.

The two single-channel films for which she has been nominated position the body in space, and showcase the various ways in which we, as humans, constantly seek to exceed our physical capabilities with external, material devices.

What she has been nominated for: Her video reportage BRIDGIT, shot entirely with her iPhone, and Stoneymollan Trail, a video elegy to 'time, loss and casual sex' at Bergen Kunsthall.