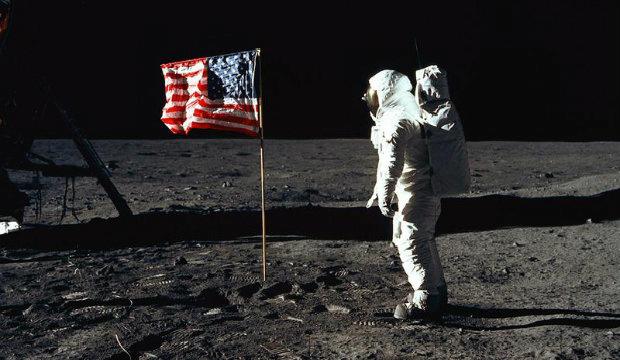 Neil Armstrong: the first man on the moon

As the first to step onto the lunar surface, Armstrong was honoured with planting the American flag. An almighty triumph for the Kennedy administration, the Apollo 11 mission became a global symbol of America's political power and scientific strength on the international stage.