Walk through a career and a life story: It's time to celebrate one of the most radical abstract sculptors of our time

Despite the equidistant spaces between casts, these monuments to domesticity, configured in a five by twenty grid, stand impenetrable. Imprinted with original markings, scratches and cracks, Untitled (One Hundred Spaces) illustrates, above all, Rachel Whiteread’s play with negative and positive space.

TRY CULTURE WHISPER
Receive free tickets & insider tips to unlock the best of London — direct to your inbox
Since the late 80s Whiteread has dedicated her practice to making sculptures cast from the space inside or around everyday forms. Her sculptures are rough, industrial objects, made from materials such as resin, wire, concrete, chairs and cans. But Whiteread’s talent lies in her ability to transform these everyday, household objects into poetic fossils: what usually goes unnoticed becomes intimate and eternal. 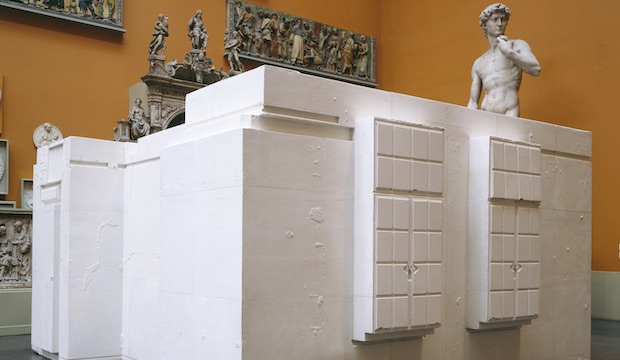 In homage to the breadth and complexity of her vocabulary, Tate Britain’s current exhibition, Rachel Whiteread, spans three decades and presents a diverse body of textures and materials.

House remains Whiteread's best-known work. In 1993, Whiteread, then one of Saatchi's YBA set, arrived at a property in East London. The house, the sole remnant of a Victorian terrace, was set for demolition. She sprayed the interior walls with concrete to create a cast and made life-size, inverse replica of the home. House was a monument to the lives lived within it – a kind of ghost; a tribute to domesticity; memory made solid. The artwork won Whiteread the Turner Prize – she became the first woman to have done so. Four months later, Tower Hamlets council demolished the sculpture. It seems right, given the work’s cultural significance, that the exhibition kicks off with a reel of original film footage of House’s construction.

But Whiteread's oeuvre goes far beyond House. Celebrated works referenced in the exhibition include the Holocaust memorial in the Judenplatz in Vienna, the fourth plinth in Trafalgar Square – for which the maquettes are on display – a monster cast of Book Corridors, and of course, Untitled (One Hundred Spaces), 1995. 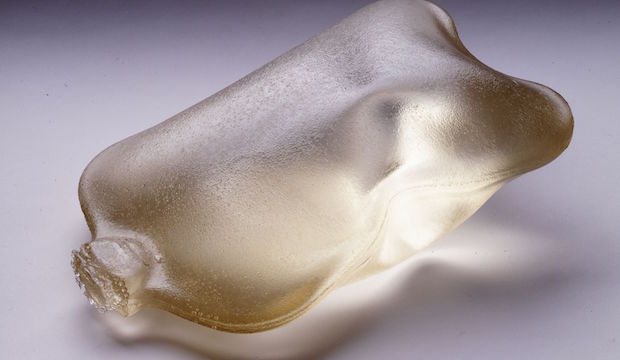 Alongside the larger sculptures are more intimate works detailing the inside spaces of personal domestic objects including hot water bottles, loo paper rolls, and cardboard boxes. But it's not sculpture for sculpture's sake. Each object packs an emotional punch. The cardboard box that inspired, Embankment, for example was found in her late mother's house. The inverted concrete cast of a single-storey library room – her Viennese Holocaust memorial – comprises rows of books with their spines facing inwards: a wordless tribute to the 65,000 Austrian Jews murdered silently during the Holocaust.

Aside from sculpture, the array of preparatory drawings, sketches and photographs garnishing the back wall permits a longed-for insight into Whiteread’s laborious and time-consuming casting techniques. In terms of palette, only the odd splash of black punctuates the wash of whites, lilacs and rose pinks.

All in all, it's an arresting show. But Tate’s decision to abandon the gallery partition walls is the curatorial masterstroke. Walking through an immense open space, with no sense of formal direction, is liberating but surprisingly daunting. The open space allows the sculptures to breathe; consequently, they engage in silent dialogue. They entrance with their eerie ghostliness. They tell stories of fleeting moments long since forgotten.

Meander through a career and a life story: It's time to celebrate one of the most radical abstract sculptors of our time. 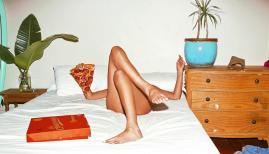