Exploring the work of French artists in fin de siècle London, Tate Btitain's latest exhibition starts well and finishes with an explosive bang but the middle is mediocre at best

12 CW readers are interested
Impressionists in London, Tate Britain, review 3 Impressionists in London, Tate Britain, review Lucy Scovell
At various points between 1899 and 1901, Claude Monet spent a total of six months in London. Vacillating between a sheltered terrace at St Thomas’ Hospital and a spacious riverside suite at London’s luxurious Savoy Hotel, the father of Impressionism dedicated his time to painting his now celebrated Houses of Parliament series.

TRY CULTURE WHISPER
Receive free tickets & insider tips to unlock the best of London — direct to your inbox
This sequence of paintings made him an international star. On Monet's return to Paris from London in 1904, his dealer, Paul Durand-Ruel, held an exhibition of the works that would would be the most successful of his career.

In the final gallery of Tate Britain’s current exhibition, Impressionists in London: French Artists in Exile (1870-1904), we see the largest grouping of this series – six in total – for the first time in Europe for over 40 years.

The effect is simply breathtaking. The Thames, Charring Cross Bridge, Waterloo Bridge and The Houses of Parliament, shrouded in fog, dappled sunlight and shadow emerge majestically from their ornate, gilt frames. No time is enough time to fully take in their beauty.

But, unfortunately, they are the last chapter of a meandering and overtly lacklustre, scholarly narrative that leaves you gasping for distraction. By the time you reach them, patience has dwindled. The Tate Britain cafe beckons. 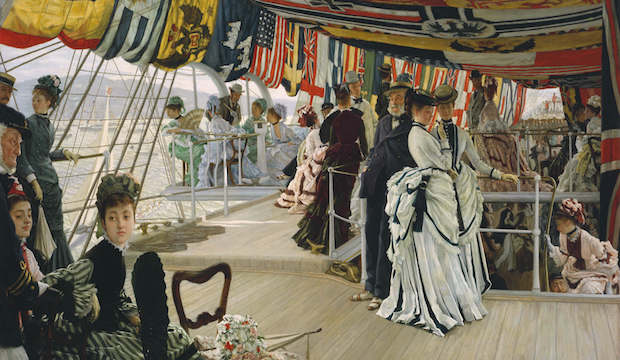 It's a shame, for this exposé of an overlooked chapter in the Impressionist story should be light and buoyant. Instead, we are served a weighty academic time-line on the social history of French émigré artists – including Monet, Pissarro and Sisley – during the bloody Franco-Prussian war and the years that followed as exiles in London.

With that said, the exhibition gets off to a good start. An overture of works detailing the harrowing and bloody first-hand experiences of the ‘Terrible Year’ (1871) strike a chord. Working as a stretcher-bearer in the National Guard during the war, James Tissot's insightful watercolours are among the most sensitive and engaging in the exhibition.

Having witnessed blood-shed on the streets, the dark interiors of makeshift hospital wards, and countless executions as the Paris Commune fell, these watercolours are raw and boldly honest. The sullen, helpless expression of the injured man in The Wounded Soldier, c.1870, bears witness to Tissot's suffering. Its fragile beauty haunts. No sensationalising here.

The exhibition changes tempo as it begins to explore the artistic networks the French Impressionist émigrés built in Britain and the aesthetic impact of London’s architecture, parks, and infamous fog on their works. 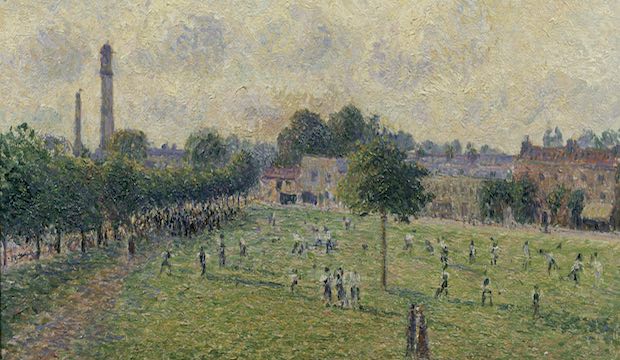 Tissot's society parties, frolicking ladies in ball gowns, and an afternoon dance on the royal frigate HMS Ariadne fringed with bunting take over an entire gallery. Their frivolous subject matter provides a strong contrast to his watercolours. Seeking refuge in London, the artist mingled with British high society after making firm friends with Vanity Fair Editor, Thomas Gibson Bowles. These oils provide a joyful insight into the lavish, lifestyle Tissot became accustomed to in the British capital. Camille Pissarro’s magnificent Kew Green, 1892, which depicts a quintessential British cricket match, evokes a subtle nostalgia of a simpler time gone by.

But there’s a small glitch in this picture-perfect narrative. The A-list of French Impressionists that we have come to know and love as founders of the movement, including Monet, Pissarro and Sisley, never permanently relocated to London. As a result, the middle section of the exhibition is dedicated to the mediocrities of Alphonse Legros, the sculptor Jules Dalou and the celebrated sculptor of the Second Empire, Jean-Baptiste Carpeau. Welcomed with open arms by the Victorian Pre-Raphaelites, their art could not be further in aesthetic from the Impressionists. The title of this show suddenly seems a little misleading. 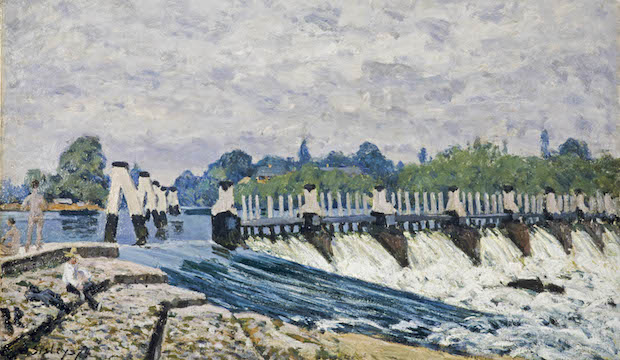 The exhibition starts well and finishes with an impressive bang. We might recommend making a beeline for the first and last rooms, hastening the pace in between.

It would seem impossible to make the Impressionists dull. But, despite flashes of brilliance, it seems Tate Britain has achieved this with flying colours.