This is a really big deal. American artist Robert Rauschenberg defined a moment in art. He defied categorisation, but bridged the gap between Abstract Expressionism and Pop art. His works, though, rarely travel - the painting-sculpture hybrids are simply too fragile. 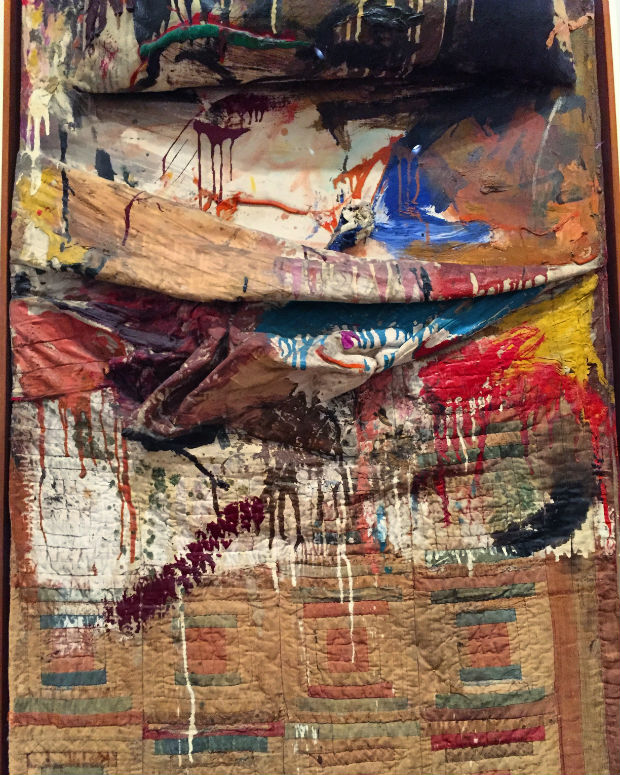 Detail of 'Bed', 1955, Oil and paint and graphite on pillow, quilt, sheet on wood supports

Rauschenberg is remembered as the first American artist to win the coveted Golden Lion at the Venice Biennale in 1963 and ever since, has been a staple superstar on the US art scene. Best pals with Robert Mapplethorpe, Rauschenberg was a true adventurer. This Tate Modern Robert Rauschenberg exhibition is the first major retrospective of his work since his death in 2008 and ends a shocking gap of 35 years since the last UK show. And oh, what a thrill.

The shiny new Tate Modern has, expertly and carefully, mounted a sensational retrospective that embodies the exploratory vigor of Rauschenberg’s artistic career, as he clattered through tradition camouflaging the point of intersection between art and life. 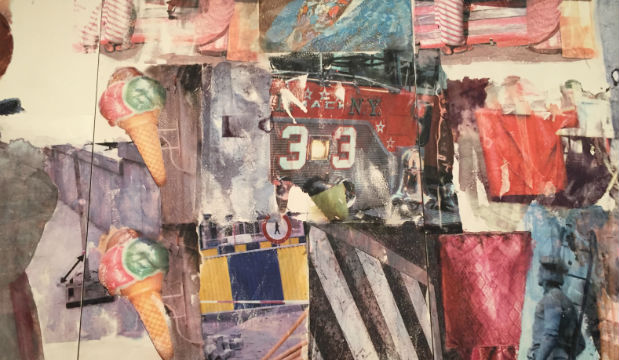 Major players are paintings relieved of their ‘physical awkwardness’ through the addition of objects in Room 3 ‘Combines’, colourful breakthroughs that led to his first major retrospective in 1963 in Room 5: ‘Silkscreens’, and muddy, metallic innovations in Room 7: ‘Technology.’, 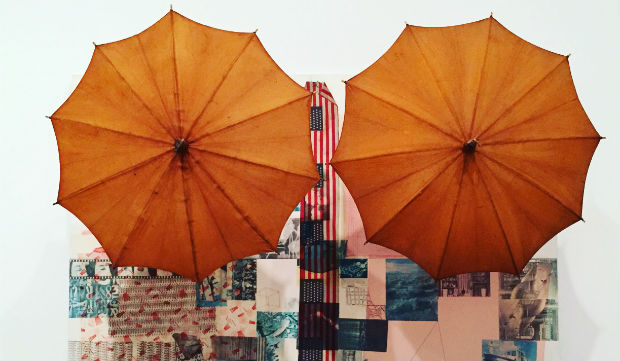 Film, socks, quilts, clay, street-signs and parasols, expect famous Combines and the graphic screen prints of John F Kennedy. Expect early experiments at Black Mountain College, one of the most experimental art schools in America during the 1950s, when Rauschenberg first joined forces with heavyweights Jasper Johns and Cy Twombly.

Opening on Thursday, this is a hugely rare, and important, opportunity to experience Rauschenberg’s most famous works in such glorious multitude. From the outset to the cusp, the exhibition is a crescendo that envelopes every outermost edge of Rauschenberg’s career, leaving no realm untouched.

Click here to view our gallery of pictures from the exhibition