Ai Weiwei's art is often eclipsed by his ferocious political protests, imprisonment and social media addiction (a tool which has been instrumental in his rise to notoriety). This is an oversight. His art is astounding, and to see so much of it in the flesh is a once-in-a-lifetime privilege. There's a hush over the Royal Academy galleries as visitors emerge with that shared feeling that something momentous just happened.

"Everything is art and everything is politics," Ai explains. His own work is a j'acuse levelled against the Chinese government, yet it is just as compassionate and humorous as it is revolutionary.

The Royal Academy of Arts and Culture Whisper have joined forces, offering one lucky reader the chance to win a pair of tickets to this unmissable exhibition:

Ai Weiwei’s outspoken criticism of the Chinese government made his name, but it also provoked a severe backlash, which has changed his life forever.
Resonating throughout the Royal Academy show is the impact of surveillance, violence and imprisonment. A delicate pram nestled amongst blades of marble grass references the moment that Ai discovered a police informer snapping photographs of his young son as they strolled in the park one afternoon. It’s a heart-wrenching piece that gently alludes to Ai’s painful collisions with the Chinese government. 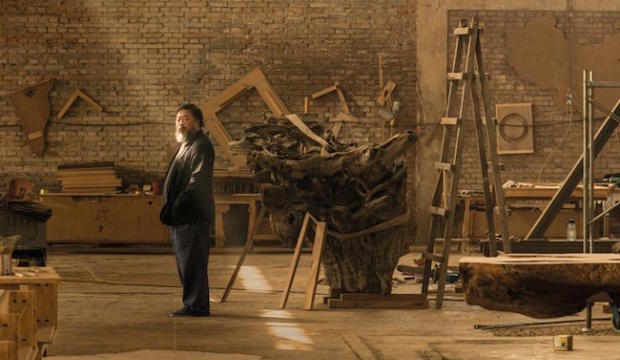 Ai Weiwei in his studio in Caochangdi, Beijing, taken in April 2015

For those that don’t know - Ai Weiwei was detained for almost three months without charge in 2011. After he was released, he was accused of tax evasion and fined 15m yuan (£1.5m). As part of his bail conditions Ai was banned from travelling abroad and showing work in China.

The government hoped to curb his influence, and yet in reality, Ai Weiwei’s embargo only cemented his status as a leading political and cultural figure. He explains, "my activism is actually only for my art, for my essential rights. To protect those rights, I became a so-called activist. It's inseparable from my art".


Ai Weiwei might have just got his passport back, but all the planning for this major show was done from his Beijing studio. Then there are the gnarled trees in Burlington House’s courtyard, which the Royal Academy campaigned to reach London by raising funds through Kickstarter. The results are astounding, particularly considering the odds stacked against the Royal Academy team.

Despite the fact that Ai Weiwei has been written out of history in China and his name doesn’t even come up on the Chinese version of Google, the story of Chinese political power is everywhere in this show. Maps etched out in steel bars and temple fragments create a new perspective on the country and allow visitors to wander through the borders with a freedom that most Chinese citizens never experience.

It’s poignant for an artist that began life in a labour camp where his father was cleaning municipal toilets for his criticism of Communism, that his work comments on the struggle of past generations for political and social freedom. 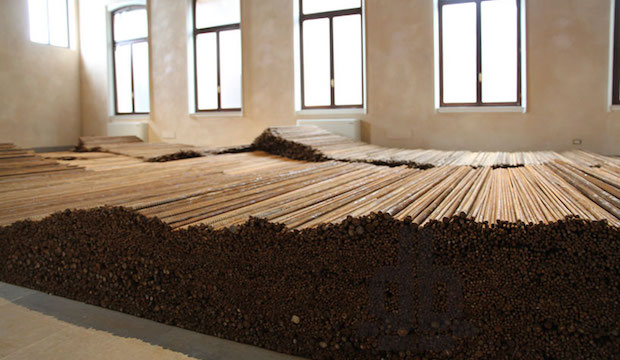 Ai's Straight (2008-12) dominates a room towards the beginning of the exhibition, and it's a tear-jerker. Ninety tonnes of bent and twisted steel rods that have been ceremoniously straightened as a stark monument to the Sichuan earthquake in 2008.

The artist also published the names of each child that was killed in the disaster, despite the cover-up by the Chinese government, which are pasted along the walls of the Royal Academy. There was an outcry against the government as school buildings had been left in poor structural condition after officials cut corners to pocket the savings.

The sobering rubble of the earthquake is one of several pieces that use destruction to create shocking and powerful artworks. Just take a look at Ai’s famous performance when he smashed a priceless Han dynasty urn: his poker face never flinches. In fact Ai Weiwei looks a little like a naughty schoolboy – but is it cultural preservation or destruction?

Even when his studio in Shanghai was demolished in a day, Ai Weiwei saved the debris for the spectacular puzzle Souvenir for Shanghai, which weaves a bed frame between bricks and mortar. Nearby, a pile of scrabbling crabs reference the decadent feast Ai had with friends the night before the building was torn down. 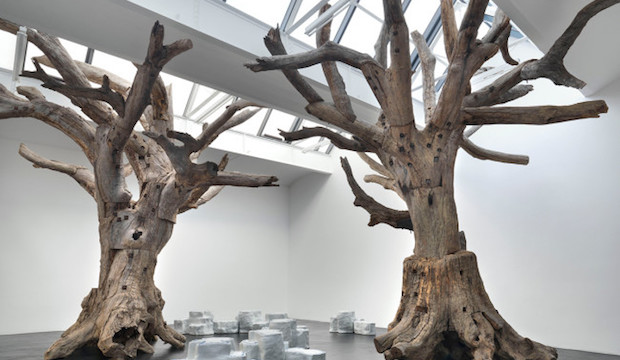 The innovative way Ai uses materials and craft strengthens his work, brought to life by a talented team of workers. Antique furniture pieces are transformed into useless and politically potent objects as arches of temple fragments are patched together with traditional techniques.

The laboratory of alchemic materials even moulds handcuffs into jade and the bones of protestors into fine china.

In the field of grass surrounding Ai’s pram, the marble has been carefully chosen from the quarry, which was mined for the Forbidden City and Chairman Mao’s mausoleum. Ai Weiwei’s work is never simple; there are always layers of meaning to unravel.

It's brave, honest, and a defiant protest against past restrictions: "Art always wins. Anything can happen to me, but the art always stays". Never is this so apparent as in the six vitrines entitled S.A.C.R.E.D. (2011-13). These terracotta recreations of Ai Weiwei’s prison capture his essential activities during 81 days of captivity, while two guards stood in silence two metres away. It’s a terrifying scene, but like the rest of the show - it feels like a story that needs to be told.