A major new exhibition at Tate Modern, opening in February 2021, will shed light on Guston’s extraordinary creative trajectory and how it was shaped by the world around him. Bringing together works from across his diverse career, it will also investigate Guston’s understanding of the role of the artist in society.

Born in 1913, Guston began his career in the 30s painting murals and canvases addressing socio-political issues for the Works Progress Administration. He came to prominence in the 50s and early 60s working alongside celebrated New York-based abstract expressionists, including Mark Rothko, Willem de Kooning and Jackson Pollock.

In 1968 he pivoted towards figuration, confounding critics across the United States. He cited the unstable political climate in America and the Vietnam War as partly responsible for this dramatic transformation. ‘I was feeling split, schizophrenic,’ he recalled. ‘The war, what was happening to America, the brutality of the world. What kind of man am I, going to my studio to adjust a red to blue. I knew that I would need to test painting all over again in order to appease my desires for the clear and sharper enigma of solid forms in an imagined space, a world of tangible things, images, subjects, stories, like the way art always was.’

Executed in a limited palette, Guston’s late works saw the artist explore painting’s capacity for narrative. Referencing his fragmented world, they feature everyday objects such as shoes, books, brushes, buildings and cars in dialogue. Arguably the most visually intriguing of his career, they now command multimillion-dollar sums at auction.

‘The more I painted, the more mysterious these objects became,’ Guston said in 1978, two years before his death. ‘The visible world, I think, is abstract and mysterious enough, I don't think one needs to depart from it in order to make art.’ 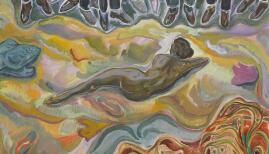 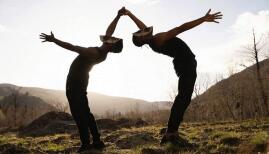 10 black artists you should know 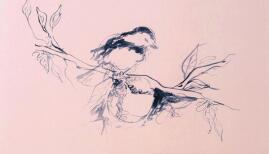 Image of the week