10 paintings to get you in the mood for summer

The skies are blue, the holidays are just around the corner and the beach is calling. Here are ten paintings to get you in the mood for summer 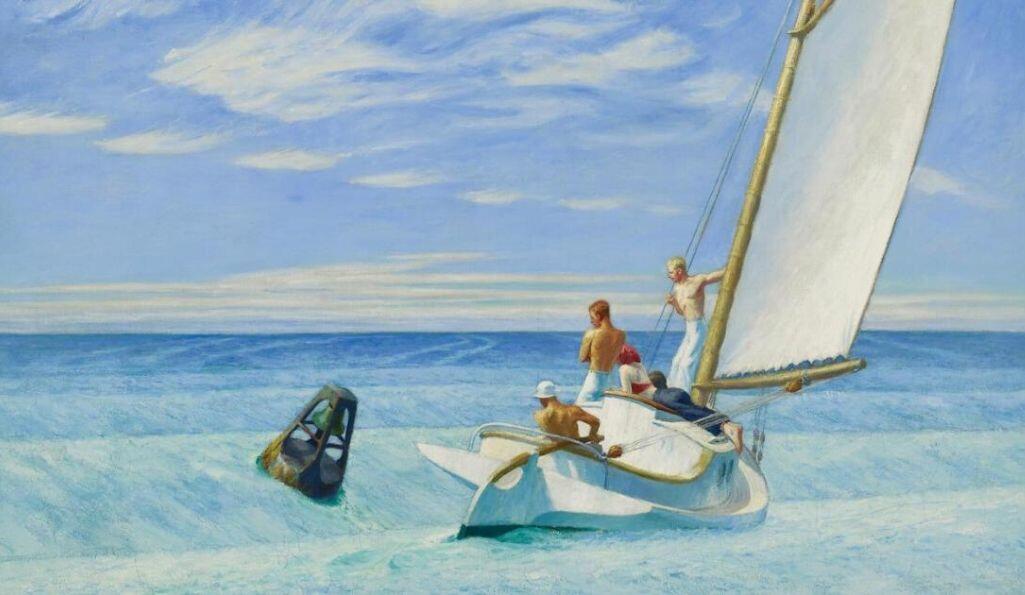 10 paintings to get you in the mood for summer
Those long, warm evenings are nearly here. This is a time for enjoying the great outdoors, be it by the sea, in the hills of the south of France or in your local park. We've chosen ten artists who have found inspiration in the joys of summer pursuits to help set the mood for boating, beaches and ice cream.
Edouard Manet, Boating (1874) 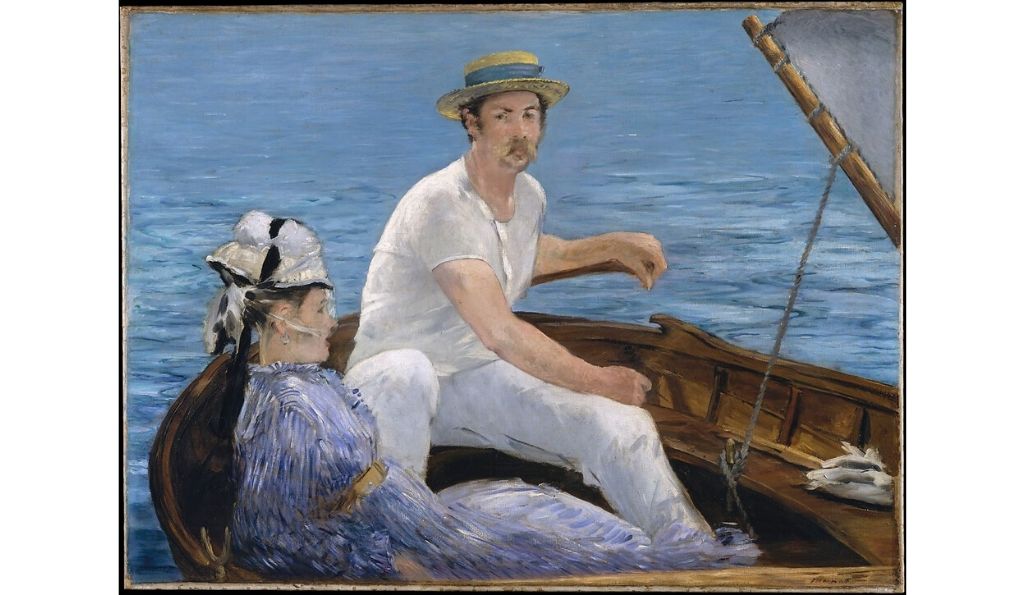 What is summer for if not messing about on boats? This scene was painted by Manet in 1874 as he summered at Gennevilliers, across the Seine from Monet and Renoir. The man steering the boat is thought to be his brother-in-law Rodolphe Leenhoff. The American impressionist Mary Cassatt was so taken with this work, she called it 'the last word in painting.' 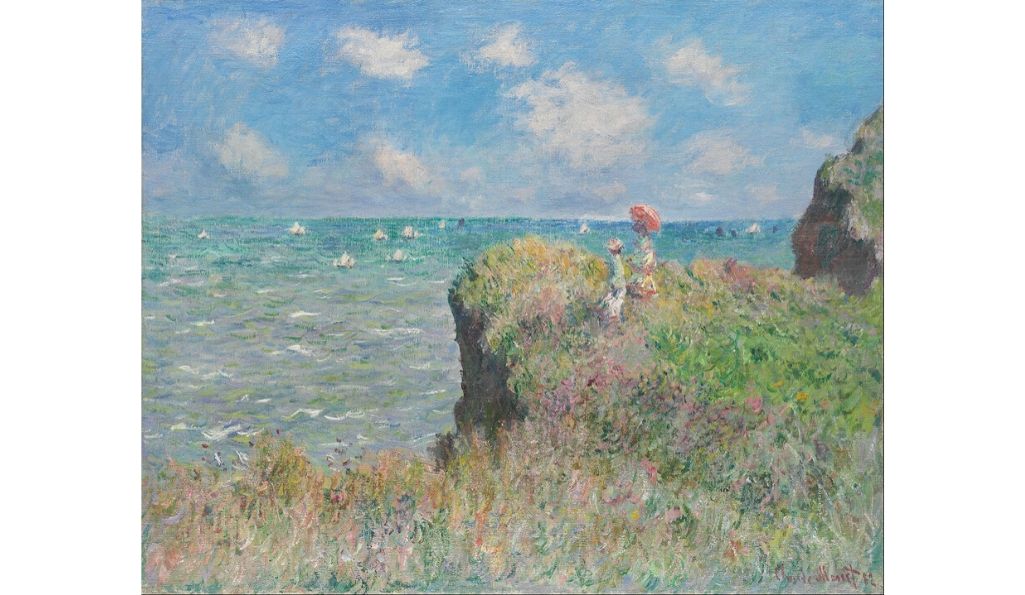 When it comes to rendering summer light, the impressionists knew what they were doing. In this almost hazy scene, two women (thought to be Monet's step daughters), look out across the sea from a grassy clifftop. Monet's brisk brush strokes add a sense of energy to the image, perfectly evoking a breezy summer's day. 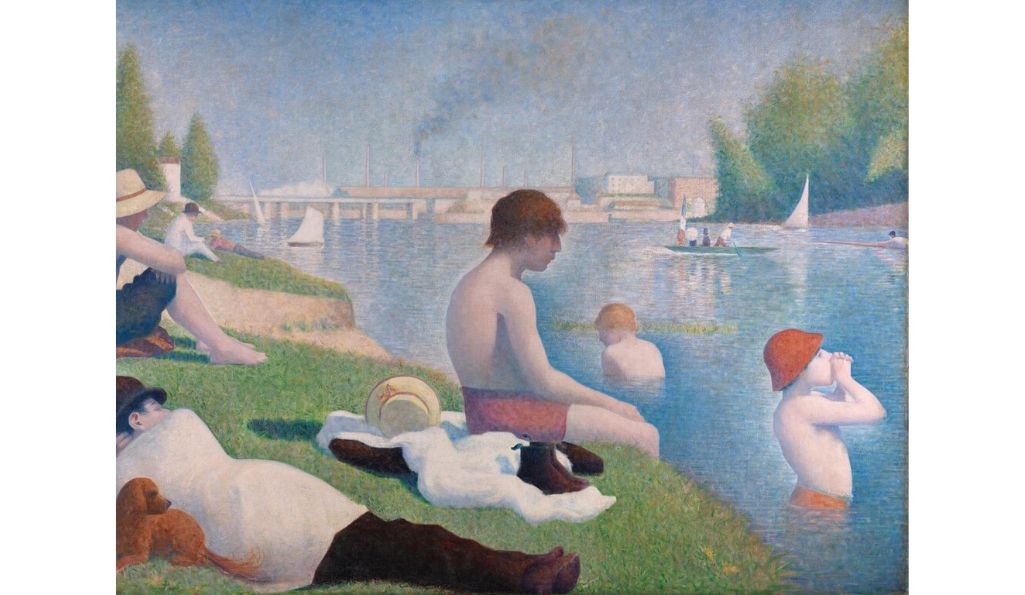 Seurat's painting of bathers on the banks of the Seine has an enduring appeal, partly because it still looks so fresh and modern, and partly because it is such a relatable image of a leisurely weekend in the city. Seurat painted Bathers at Asnières before he turned 25, intending it as a grand statement, a sort of advertisement of his abilities. 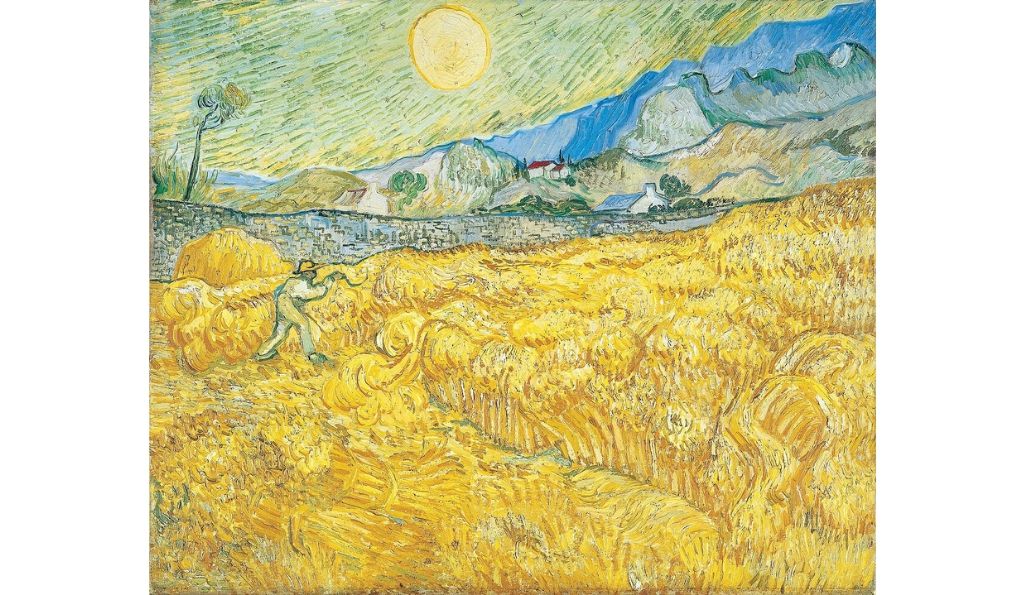 Here, under the searing heat of of the sun, a reaper harvests wheat in a field behind the asylum at Saint Rémy, where van Gogh was staying in 1889. Looking out of his window he was struck by the yellows in the landscape and the toil of worker 'struggling in the intense heat like the devil to finish his work.'
André Derain, Mountains at Collioure (1905) 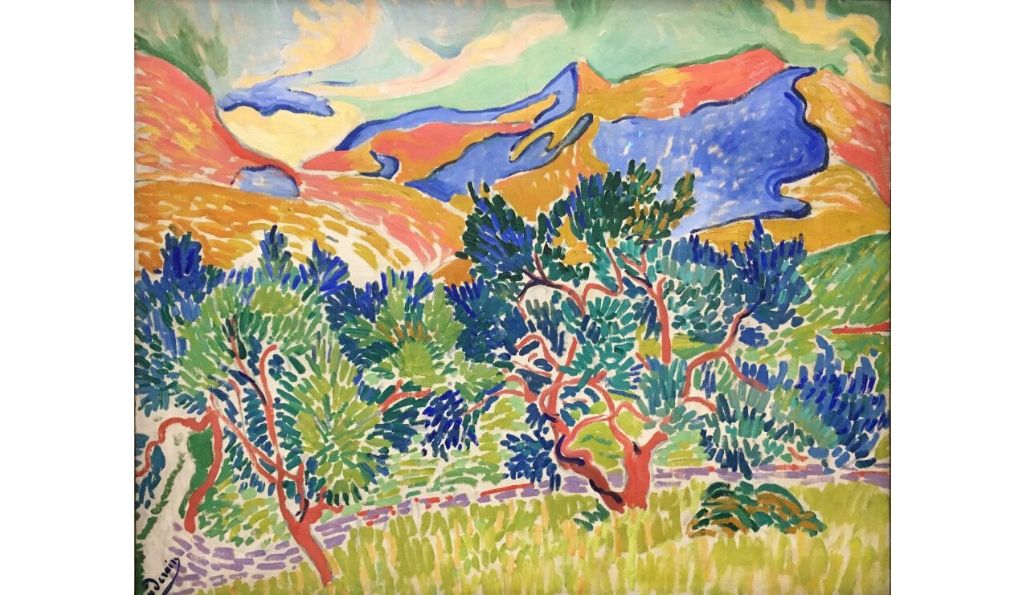 This painting makes us think of summer holidays in Europe, of orange groves and sun-baked hills. Derain was working with Henri Matisse when he made this work (Matisse's influence is clear) and was striving for a new style of painting that became known as Fauvism, from the French les fauves, or 'the wild beasts.' 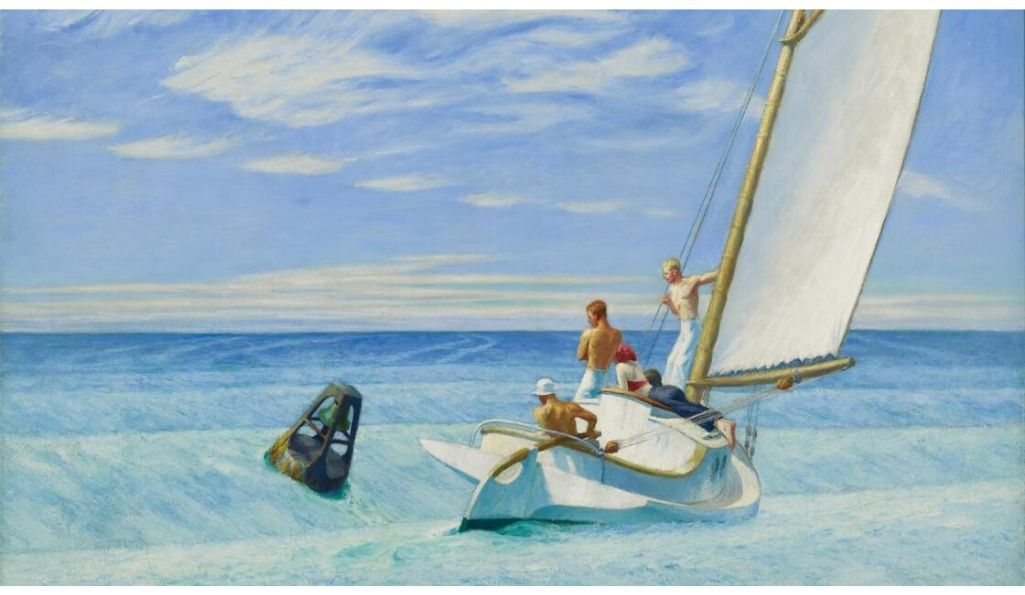 Four young people on a gleaming sailboat examine a buoy riding a swell of crystal blue water. As with all paintings by Edward Hopper, this scene has an element of unease about it (the waves are picking up, is there a storm coming?) but this could also be a scene of freedom and adventure. There is the sense that anything is possible. 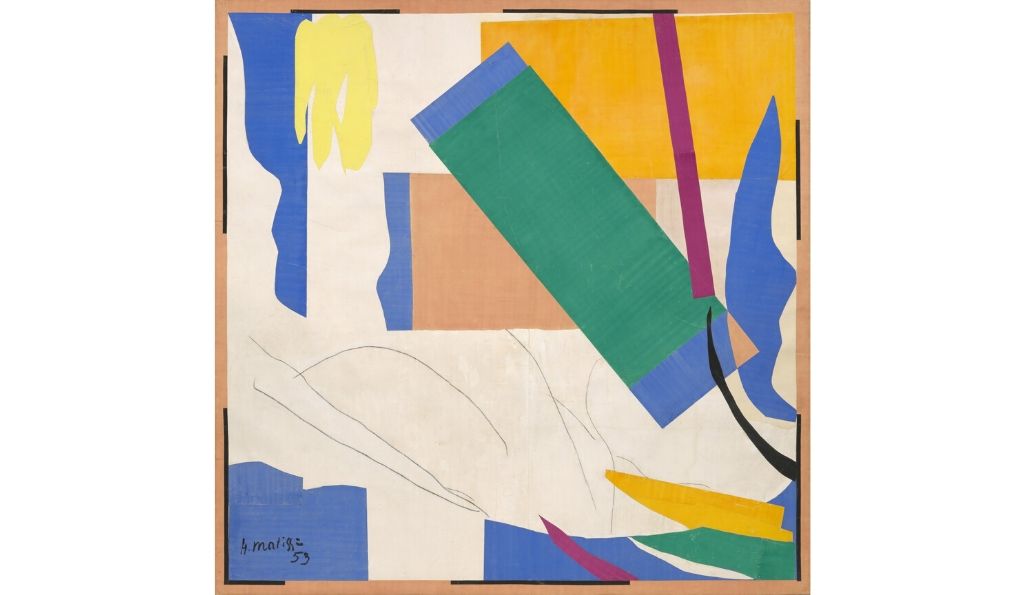 This nine foot square work, one of Matisse's largest 'cut-outs,' was made using coloured paper and scissors towards the end of the artist's life. Although extremely abstract in nature, this composition represents memories of a trip he took to Tahiti in 1930 and the sunny colours are reminiscent of blue skies and tropical plants.
Alex Katz, Beach Scene (1966) 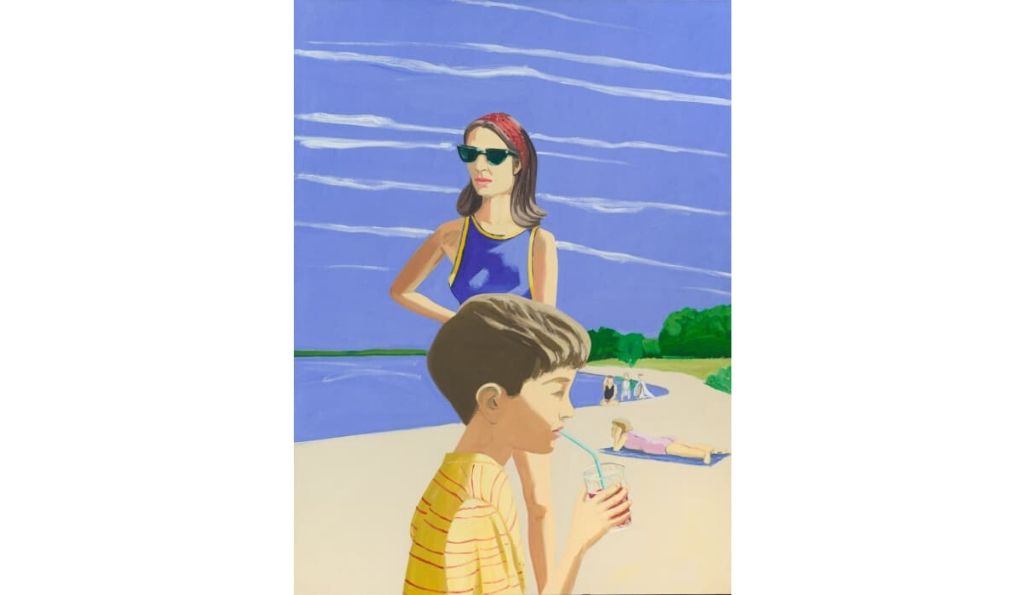 Alex Katz's bright, bold paintings of American life are inspired by pop culture and advertising. This image of a sun drenched beach in 1966 is dripping with nostalgia and brings to mind the halcyon days of childhood summer holidays.

David Hockney, Portrait of an Artist (Pool with Two Figures), (1972) 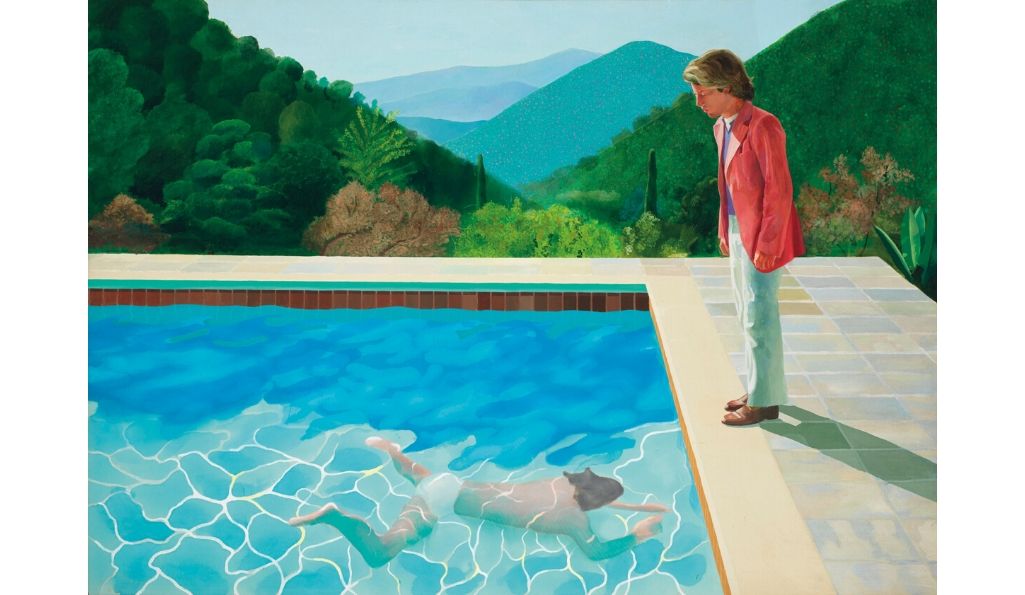 David Hockney, Portrait of an Artist (Pool with Two Figures), (1972)

Nothing says summer like a dip in the pool. The man standing by the pool is Peter Schlesinger, an artist and ex-lover of Hockney's and the setting is based on St Tropez in the south of France.
Wayne Thiebaud, Clown Cones (2000) 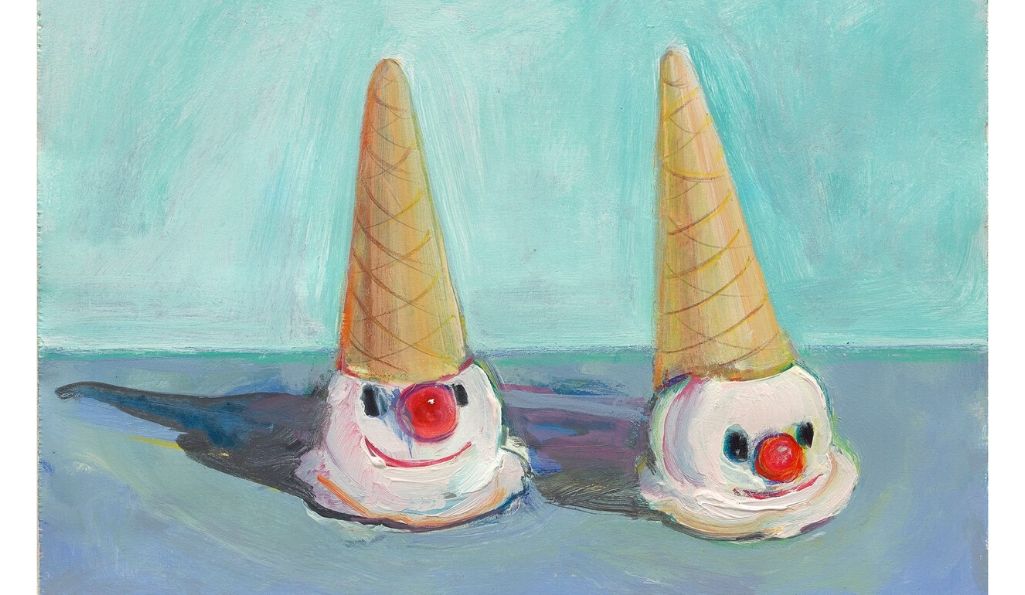 If Wayne Thiebaud's painting of two upside-down ice cream cones don't get you thinking about summer and sweet treats on sunny days, nothing will. The American artist is known for his love of colour and for his unusual takes on ordinary subjects.