Wildly triumphant: the new Tate Modern is an architectural marvel with an anarchic heart

The transformation is the result of the largest cultural fundraising campaign in UK history, costing just shy of £300 million. The biggest change, physically, is a 10 (10!) storey extension, the ‘Switch House’, added on to the existing building, which we now call ‘the Boiler House’. There’s a bridge between the two on the first and fourth floor. 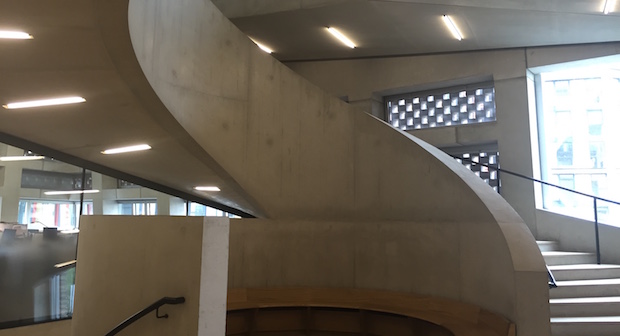 Architecture: The Old and the New

The site is accustomed to change: in 1994, it was a derelict power station. When Tate Modern opened its six years later, it was hailed as one of London's most impressive buildings. The architects retained much of the spirit of Giles Gilbert Scott’s original 1947 building, whilst creating an airy, modern space.

This new extension, by the same architects, continues this happy marriage of old and new. Its exterior is brutal, in every sense: a twisted, upside-down pyramid, in dark brick, that sing of the building’s previous life. It’s clever, it’s seamless and - thank god - it isn’t made of glass.

The biggest change, though, is to the Tate’s permanent collection, which is spread over both the Switch and Boiler Houses. 120 years of art's history have been rewritten: tipped out, jiggled round and carefully, wackily, placed back together. 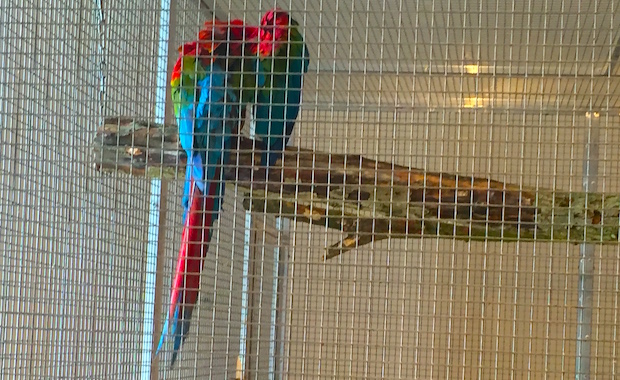 A Live Macaw! - part of Tropicalia by Hélio Oiticica

When the Tate Modern opened, its collection was made up of art from north west Europe and America. Mostly paintings, mainly by white men. Photography was seldom seen, performance art was practically non-existent.

Over the last ten years, the Tate have been wildly acquiring art, from around the world. The new collection is made up of 300 artists, from over 50 countries - Chile, Russia, Sudan, Sri Lanka, Thailand. “The story of art has changed” as Tate Modern’s director Frances Morris puts it - “truly great art was then and is now made all over the world.”

Over half the solo displays are by women, including the work of radical feminist art collective the Guerrilla Girls, who will make an exciting appearance at East London's Whitechapel Gallery later this year. Hanging in the Boiler House, their provocative poster 'Do Women Have To Be Naked To Get Into the Met. Museum?' sits on the opposite side from - and in opposition to - to Andy Warhol's Marilyn Diptych.

We still have Matisse, Picasso, Rothko, Ai Weiwei in prominent positions, but scattered in between artists you’ll never have heard of. Forget Paris and New York: here’s art from Zagreb, from Tokyo from Colombo.

This cultural jumble will irk traditionalists. But we loved the mix ’n’ match attitude of the beautiful, airy displays. Surprising partnerships jump out at you, visual juxtapositions, half-rhymes. 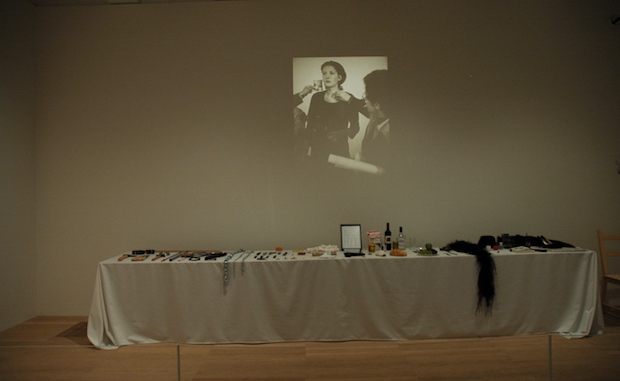 Performance art in all its forms is presented throughout the new displays. We have pioneers such as Marina Abramovic (above), film, light and video works in the subterranean Tanks. Look out for police officers on horseback in the Turbine Hall, courtesy of Tania Bruguera - not to mention the live Macaws; part of 'Tropicalia' by Hélio Oiticica.

A lot of the rooms are confusing, a lot of the art is abstruse. The display labels are, on occasion, supremely unhelpful. But isn’t the the point of Modern Art? To push and pull, to demand, to make you work.