So much more than a Picasso imitator: Cuban artist Wifredo Lam brings a cauldronful of magic to the Tate Modern

Perhaps you haven’t heard of Lam: a modernist artist whose six-decade career has been somewhat overlooked by the West-centric art world. The Tate Modern, in their continuing diversification drive, have just changed that, with their major autumn retrospective - the first London has seen since 1952. 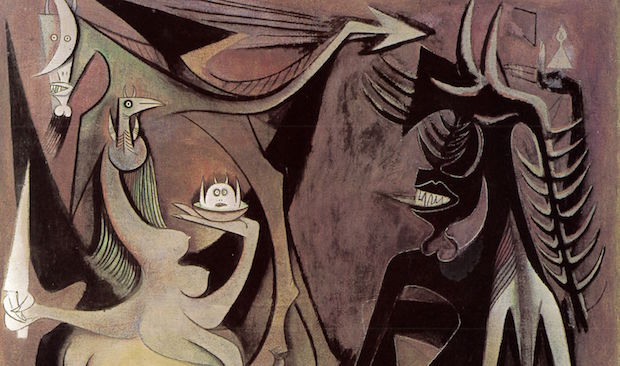 African, Spanish, Chinese and Cuban, Lam’s cultural heritage is greater than the ‘Latin American’ label he is often lumbered with. He travelled widely, training in Havana and then relocating to Madrid and Paris, where he began to engage with the European avant-garde, nesting under the wing of Pablo Picasso and Andre Breton. In 1941, he was forced to return to Cuba - and there, equipped with a brand new Surrealist’s eye, Lam had a vision.

It was in Cuba that he created his greatest works. Reconnecting with the sacred Yoruba religion and practices of his ancestors, he used Picasso and Matisse’s modernist shapes to create dreamscapes, and to rehabilitate his exploited country. "I wanted with all my heart to paint the drama of my country, but by thoroughly expressing the negro spirit, the beauty of the plastic art of the blacks,” he said. 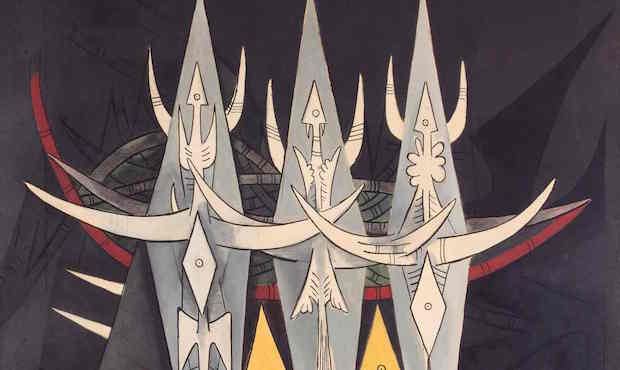 Naysayers claim that these works are dull - merely pastiches of European avant-garde art. In fact the story is so much more interesting than that. Where Picasso and Matisse were looking towards African ‘primitivism’ and appropriating - even exploiting - it for their art, Lam was doing the opposite. He came to Europe, borrowed freely from the artists and movements he found there, and brought it back to Cuba and Africa. A fascinating exchange - and well worth visiting.