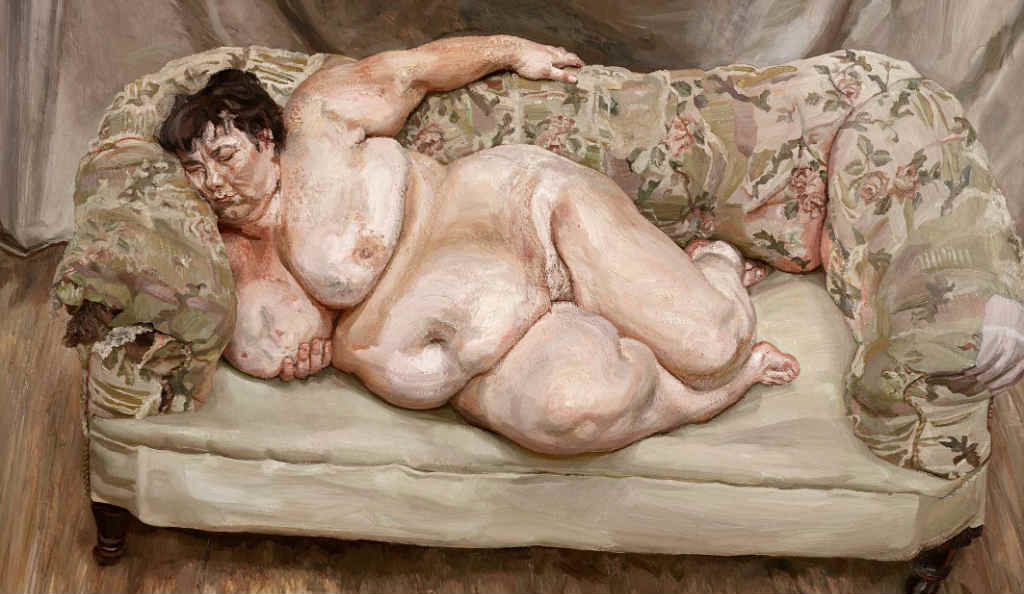 With rolls of flesh spilling about the canvas, Lucian Freud's portrait of 'Big Sue' is ruthless. Painted with abundant globs of think paint, Freud's visceral depiction of his preferred plus size model, government worker, Sue Tilley, is a monumental thing.

Sold at Christie's in 2008 for a whopping $33M – at the time the most expensive painting ever sold by a living painter – Benefits Supervisor Sleeping is one of four celebrated canvases of this rotund sitter. Unflinching in its representation of the female form, this portrait showcases Freud's obsession with exacting contouring, tone and realism.