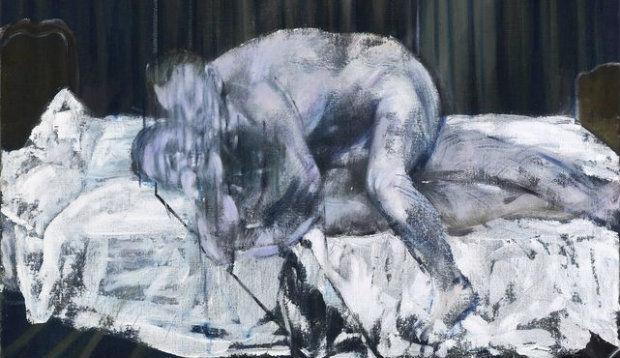 Francis Bacon's Two Figures is raw, erotically charged, and utterly compelling. Blurring the two human forms to an unsettling effect with his striated lines, Bacon's portrait is as much an exercise in depicting carnal desire as it is romantic love.

Renowned for his grotesque images of popes, crucifixions, friends and family, Bacon's Two Figures comes as no surprise. With a sombre palette, a blacked-out background and unidentifiable figures, this nude scene is among his most sinister. Looking at this work, it becomes quite clear why abstract expressionist Willem de Kooning referred to Bacon as the 20th century's 'most important painter of the disquieting human figure'.