2 CW readers are interested
Leila Alaoui: Rite of Passage, Somerset House Leila Alaoui: Rite of Passage, Somerset House Holly CW
Whether documenting the journeys of Syrian refugees fleeing civil war in Lebanon or young North Africans seeking an alternative future in Europe, Leila Alaoui made it her mission to capture the complex identities and resilience of communities facing hardship. The French-Moroccan photographer, video artist and activist tragically lost her life during a terrorist attack in Burkina Faso in 2016, aged just 33. She’d been in the area reporting on a women’s rights campaign called My Body My Rights for Amnesty International at the time. The first major UK retrospective of Alaoui’s work has gone on show at Somerset House.

Celebrated for her ability to capture the unseen realities of communities displaced by conflict, and her commitment to retelling the stories of those often misrepresented in society, Alaoui saw her works make their way into a number of prestigious publications, including The New York Times and Vogue. 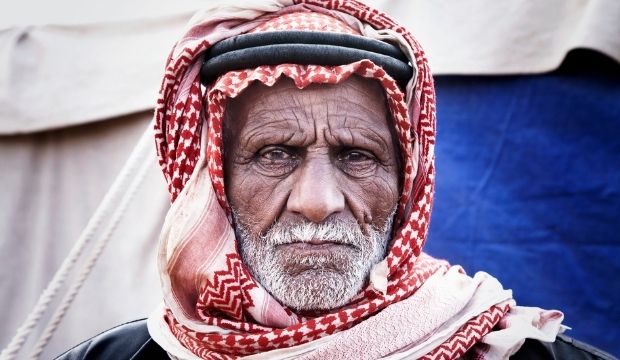 The exhibition, Rite of Passage, showcases the rich body of photographic and video work created by Alaoui between 2008 and 2015. Having opened in collaboration with 1-54 Contemporary African Art Fair, the exhibition will continue as a standalone show throughout Somerset House’s winter season.

Opening with the photographer's most celebrated series, Les Marocains (2010-14), the exhibition positions us face-to-face with near life-sized portraits of some of the men, women, and children Alaoui met during her travels across her home country of Morocco. Presented on black backgrounds, these portraits demand that we focus on every detail of the poser's appearance: their multi-layered, richly coloured garments; the jewellery hanging around their necks, wrists or encircling their fingers; head coverings; and skin kissed by the sun beating down on the market just out of shot from Alaoui's makeshift studio. 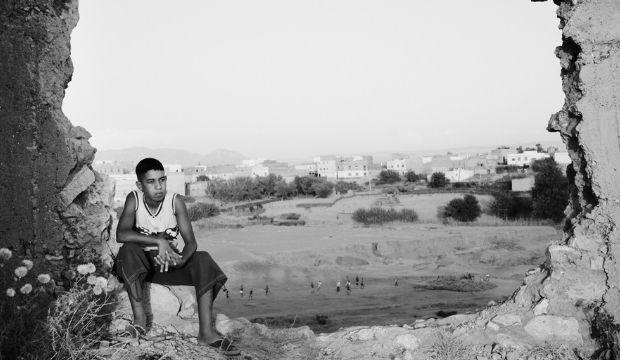 The exhibition continues with works from Alaoui’s first photographic series No Pasara (Entry Denied), created in 2008. Commissioned by the European Union, the series follows young Moroccans who left the Moroccan port cities of Nador and Tangier attempting to seek passage to Europe, but became stuck along the way. This body of work uses the landscape surrounding the subjects to speak of harsh, uncompromising living situations. It's largely comprised of black and white images, with rubble either framing or becoming the focal point of those trapped within this liminal space between their original home and desired destination. Stark and vivid, these images force the viewer to look upon the uncomfortable, dangerous realities that faces those who attempt but can't complete this journey. 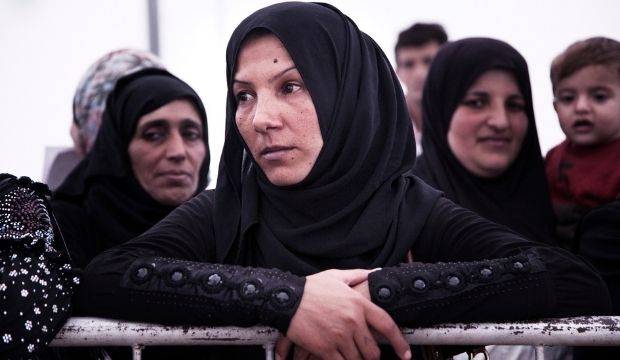 The focus then turns to Natreen (We Wait), Alaoui’s 2013 series commissioned by the Danish Refugee Council to raise awareness of the humanitarian crisis faced by Syrian refugees fleeing the war. Here, Alaoui has shot her subjects – who range from young and teenage boys to middle-aged women and older men – in such a way that our focus is drawn to their eyes, which tell of their longing, enduring, hoping, fearing and, ultimately, waiting. Some stare emphatically into the camera, while the eyes of others travel to a distant point seemingly far away, either way revealing so much about their journey.

The exhibition culminates with Alaoui’s final unfinished series L’Île du Diable (Devil’s Island), a video project documenting the experience of migrant workers who became collectively displaced in France, while working to build up the country’s automobile industry following World War II. This final portion of the exhibition was unfortunately not on show during our visit.

A uniting theme throughout each series is Alaoui’s unwavering commitment to challenging the clichéd portrayals of North Africa and the Arab world, revealing to the viewer a more authentic, three-dimensional and wholly human narrative. Each of Alaoui’s subjects begs to tell their story – or perhaps, it's us, the viewer, who begs to hear it? Either way, the exhibition leaves us itching to know more about those photographed. Perhaps, if Alaoui had lived to see her work go on show, she would have provided us with more of a written narrative to accompany her visuals. Or perhaps, more likely, she would have been far away and in the midst of another humanitarian crises, capturing its victims through a blinking lens so that later we could see them, too, as valid citizens of the world. 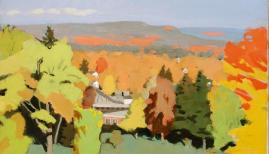