But over his lifetime he also made over 2,000 pieces of jewellery and this exhibition at the Louisa Guinness Gallery showcases the best of it. The principles of his jewellery, woven as it was from wire and rarely using solder, rather hooks and hinges to be joined, reflects the movement of his much-admired wire sculpture. Just look at the eerie balance of the well-titled 'The Jealous Husband'. 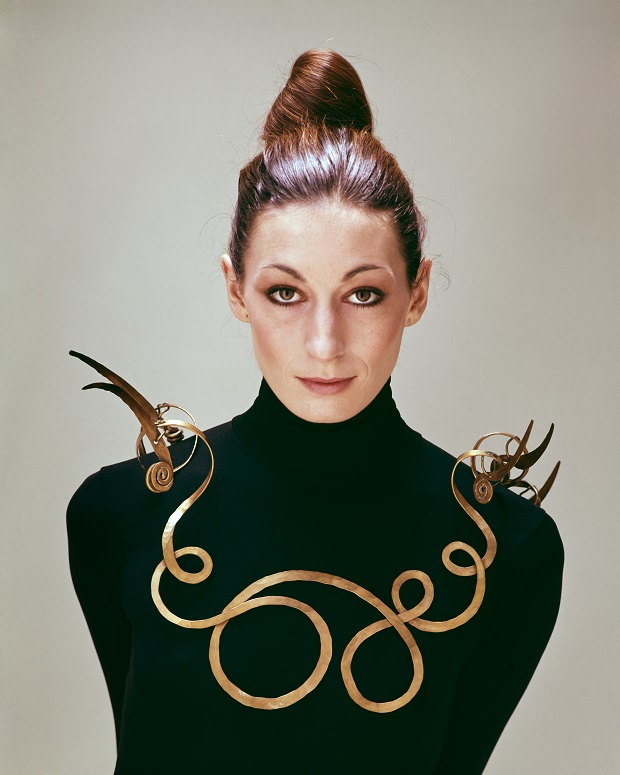 Calder preferred working in silver and brass to precious metal.

Though not precious metal, this jewellery has other worth. Fascinatingly, it was mostly given as gifts to Calder's wide circle of famous artist friends, giving the pieces a story beyond Calder's (like the Summer Painters' Paintings exhibition at the National Gallery). The jewellery tells a story that, by nature of the items and who they were worn by, often highlights and celebrates women of the mid-century art world. Peggy Guggenheim and Calder's close friend Georgia O'Keefe were among those for whom he made presents.

This exhibition will show photographs of these women, alongside Simone de Beauvoir and others, wearing the jewellery. At the time, the bold works were considered the ultimate fashion statement.

The Calder foundation's President, and Calder's grandson, Alexander S. C. Rower explains, “Making jewellery was extremely personal for my grandfather, and he adamantly refused to edition his pieces. Each work is completely unique—just like his mobiles. His pioneering aesthetic remains an inspiration for leagues of studio jewellers today.”

The Louisa Guinness gallery was the first gallery ever to be a space dedicated to showing artists' jewels. It has previously shown pieces by Anish Kapoor and Picasso. The gallery is on the first floor at Conduit Street.