4 CW readers are interested
Review: Anni Albers, Tate Modern 3 Review: Anni Albers, Tate Modern Intern Culturewhisper
Weaving is a craft, not art. Or, so goes the 20th-century view that was held by many in the male dominated art world. It meant that textile art didn’t get the same attention as painting and sculpture and it also meant a medium used largely by female artists was easily dismissed.

But Tate Modern is fighting back. By placing a loom at the front of their Anni Albers exhibition, Tate Modern is making a bold statement that tapestry is an important part of the history of modern art and that it’s time we acknowledged this artful craft. This exhibition is also part of Tate Modern’s wider drive to ensure we don’t just look back at art history through patriarchal eyes, which is an approach we should all support.

Anni is universally less well known than her husband Josef Albers, painter of the overlapping squares, and this major retrospective is designed to set that right. We start with her regimented woven rectangular patterns in her early works and look forward to seeing how her work evolved from there. The problem being it didn’t evolve very far; as we go through room after room of similar looking rather dull tapestries, all filled with rectangles, we see little progression. 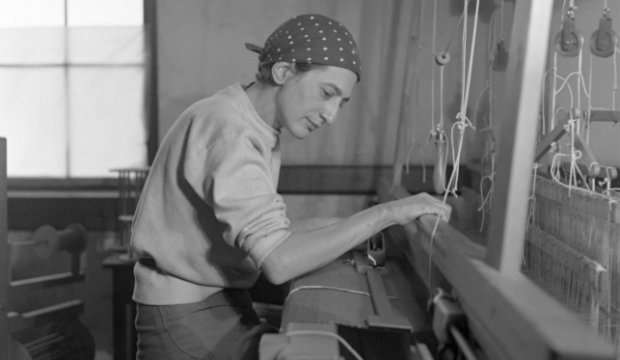 Anni Albers in her weaving studio at Black Mountain College, 1937

By the halfway point, when we finally see some weaving that doesn’t follow straight lines but goes off on its own kinks and curves, it feels exciting. A few tapestries do shimmer, though, having had materials such as cellophane woven into them to reflect the light. Tate has used large frames to give the illusion of little rooms in the show so we get to see how these tapestries would look within a domestic interior.

These varied approaches are welcome but can’t hide the fact that we’re looking at a show of very similar works. The fact her work was often commissioned for commercial sale should take nothing away from her work, after all artists need an income to survive. However, when we’re looking at swatches of fabric with tags that say ‘Knoll textiles’ it feels more like we’re walking through our local B&Q.

Anni Albers was a clearly a diligent student of textiles as we see from the many books and research into different weaving techniques on display, but her work feels like it could only serve to inspire the most die-hard fans of textile art. This exhibition is an ordeal to get through and spreading it over ten rooms only adds to the tedium of this rather bland retrospective. 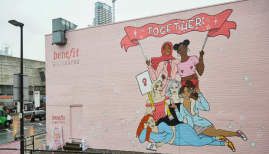 Things to do in London this weekend: 24th - 26th June
Sign up to CW’s newsletter
By entering my email I agree to the CultureWhisper Privacy Policy (we won`t share data & you can unsubscribe anytime).
4