From Ava DuVernay's new coming-of-age biopic Colin in Black and White to the Chanel-smothered teen classic Clueless, Netflix in October slaloms between the serious and the silly 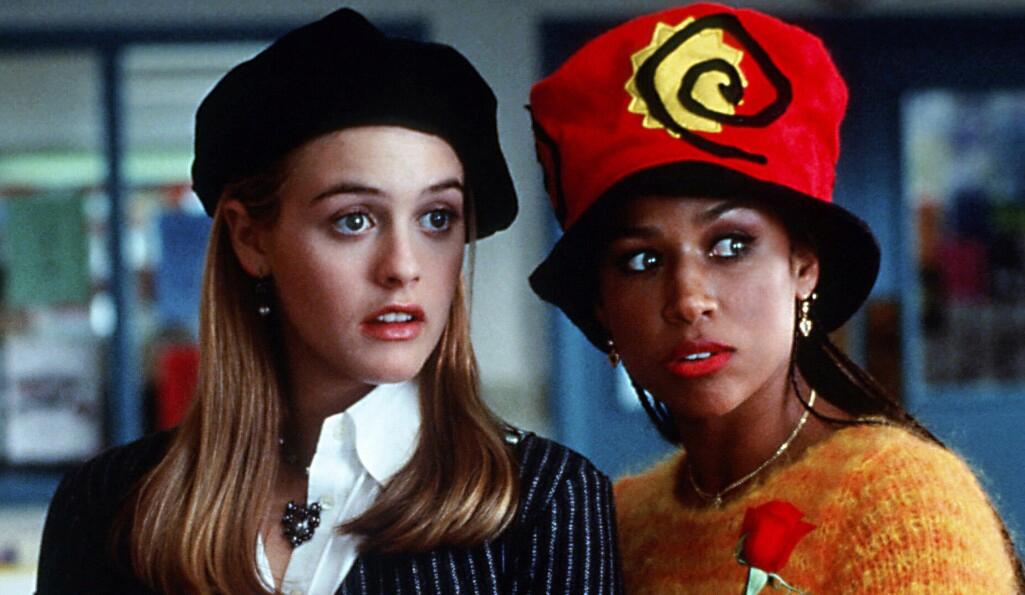 Ava DuVernay is one of the most jolting voices on screens big and small, chiefly dramatising and documenting institutional racism in America. She’s tackled this via documentary (13th), biopic (Selma), and a four-part series on Netflix (When They See Us).

DuVernay returns to Netflix in collaboration with NFL player Colin Kaepernick, who famously took the knee during the national anthem prior to a game in 2016. The gesture was to protest racial inequality and police brutality, after which he was ousted from the NFL. But the protest had an incredible ripple effect across sports, not least the England football team this year.

Colin in Black and White tells Kaepernick’s story of growing up as an adopted Black kid with white parents. His teenage self (played by Jaden Michael) endures the various obstacles of race, class and culture to reach the NFL and become an admired activist.

At the moment, audiences are spoilt for choice for tales of the late Princess Diana. Emma Corrin portrayed her in The Crown, to be continued by Elizabeth Debicki for season five, and Kristen Stewart is playing her in Spencer. But if you can’t wait any longer, a new version is crowning on Netflix. And this time, it’s a musical.

Following a recent trend of filmed theatre, which became more popular during the various lockdowns, the new Broadway show Diana: The Musical is getting its own streaming treatment. Is this different from The Crown? Sure – this one has tunes!

With 90s computers, plaid Chanel suits and the whiny, privileged accents of Southern California, it’s hard to guess that Clueless is really an adaptation of Jane Austen’s Emma (albeit a loose one). Cher (Alicia Silverstone) is a rich high-school student who talks with self-assured energy, and can’t help but meddle in other people’s affairs. Her main project is to transform the ‘tragically unhip’ student Tai (the late Brittany Murphy) into a popular LA girl.

On the surface, Clueless may look like a facile, annoying premise with vacuous characters. But dig deeper and you’ll find an incredibly funny, self-aware satire.

This dark and crazy murder drama is like Dexter for the millennial age, and it's currently following in its footsteps. The obsessive online stalker Joe (Penn Badgley) started out by learning everything about young women online, and then inserting himself into their lives. It's a frightening, if trashy, comment on the modern availability of personal information.

But for season three, Joe’s married to the similarly minded Love (The Haunting of Bly Manor’s Victoria Pedretti). Now, they have a child together and they create the illusion of a perfect suburban family. But Joe’s become obsessed with a woman across the street…

Often movies don’t need a lot to be cinematic. Stripping everything to the bare bones encourages an isolated, claustrophobic experience – wrapped in a tight and rewarding package.

The Guilty embarks upon the same constricted journey, set mostly in a 911 dispatch centre in Los Angeles during wildfire season. Jake Gyllenhaal plays the central officer Joe, who doesn’t really want to be there and resents many of the calls he receives. That is, until Emily calls him. It transpires that Emily has been abducted, and gains access to a phone. From his desk, Joe spends the entire film trying to find and save her.

The full Netflix in October slate:

Monday 4 October
On My Block, season 4

Friday 15 October
The Four of Us
Karma’s World
Little Things, season 4
You, season 3