From the already-controversial return of The Crown starring Imelda Staunton to the fun, feministic sequel to Enola Holmes starring Millie Bobby Brown, Netflix in November delves into many histories 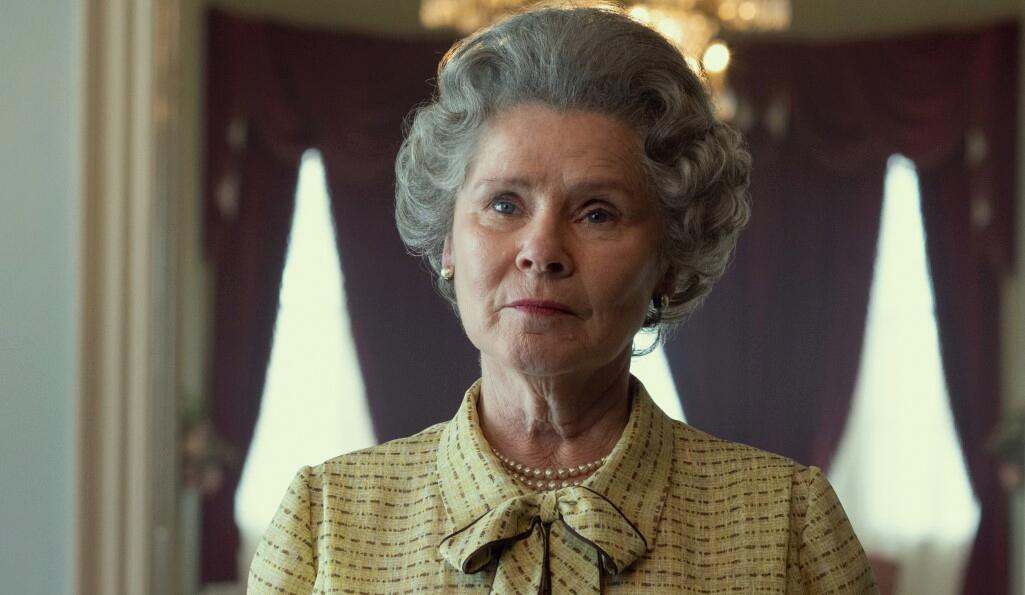 Peter Morgan’s excellent series, dramatically tracing the history of our current monarchy, has always been slightly controversial. But recently, it's gained even more bombastic reactions. For many people, the royal family is too sacred to be treated with scrutiny or even dramatisation – especially after the Queen's death. And yet, a critical view of the royals is rarely seen with a Netflix budget and only layers the latest season with anticipation and excitement.

With Disobedience and A Fantastic Woman, the Chilean director Sebastián Lelio became a significant modern voice – challenging conservative forces and ideals. But for his latest film The Wonder, he enters different territory: going back in time to rural Ireland in the 1860s.

Florence Pugh plays Lib Wright, a British nurse who observes a young religious girl in the community who claims to have starved herself for months. The 11-year-old Anna believes she’s surviving only on ‘manna from heaven’, attracting many pilgrims and tourists to the area. Sceptical journalist Will Byrne (Tom Burke) joins Lib, convinced that somebody is slipping Anna some food.

Shortly after leading the globally popular Stranger Things 4 this year, Millie Bobby Brown returns to another hot Netflix property. Based on the YA novels by Nancy Springer, Enola Holmes crafted a Sherlock Holmes spin-off that was sprightly, feministic and charismatic.

In this new sequel, the little-known Holmes sister Enola (Brown) sets up her own detective agency. But she's never treated seriously, and her brother Sherlock (Henry Cavill) gets all the good cases. Fortuitously, a young girl comes into the agency – wanting Enola to find her missing sister. The case connects to the match-girls’ strike of 1888, unfurling a deeper conspiracy. Helena Bonham Carter also stars.

Read our review of Enola Holmes

Considering Netflix ignited the streaming revolution, an Original Series about the demise of Blockbuster Video feels a bit harsh. For those old enough to remember, these places fill a nostalgic space in their hearts – along with VHS tapes and Woolworths pick ’n’ mix.

Fictionalising the story of the last remaining Blockbuster in Oregon, this 10-part comedy series follows enthusiastic manager Timmy (Randall Park) trying to keep the shop alive and his friends employed. His USP for the store is staying connected in a disconnected digital age, bringing the community together again. Also stars Brooklyn Nine-Nine’s Melissa Fumero.

There have been a fair few frightening vessels on TV recently, sailing into unknown (often freezing) waters and discovering various terrors along the way. Just look at The Terror and The North Water. The new Netflix horror series 1899 embodies a similar scenario, looking like a confluence of Titanic and John Carpenter’s The Thing.

The steamship Kerberos is crossing the Atlantic, carrying hopeful European emigrants to New York for a new life. But the journey is disrupted when they pass a near-identical steamship, the Prometheus, which had gone missing. The Kerberos crew investigate the ship, and realise it's empty of people. Where is everyone?

The full Netflix in November slate:

Saturday 5 November
Orgasm Inc: The Power of One Taste

Friday 11 November
Capturing the Killer Nurse
Is That Black Enough for You?!?

Wednesday 16 November
One of Us is Lying, season 2
The Wonder

Thursday 17 November
1899
Christmas with You
Dead to Me, season 3
I Am Vanessa Guillen
Pepsi, Where’s My Jet?

Tuesday 22 November
Trevor Noah: I Wish You Would

Wednesday 30 November
My Name is Vendetta
Snack VS. Chef