The Culture Whisper guide to Borough: where to eat, drink and enjoy 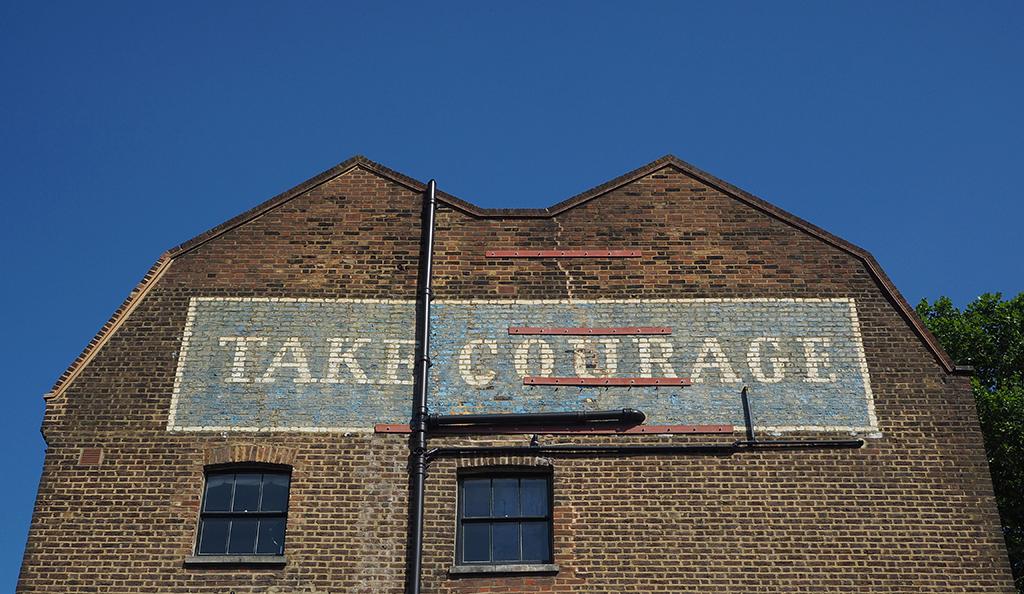 Park Street by Borough Market. Photo by Megan Atkinson
Borough is famous for its market and is a true foodie hotspot. But while many tourists don’t venture beyond the bounds of Borough Market, any resident could tell you that they’re lucky to live in one of London's most vibrant local areas.

Here is Culture Whisper’s guide to the best of Borough. 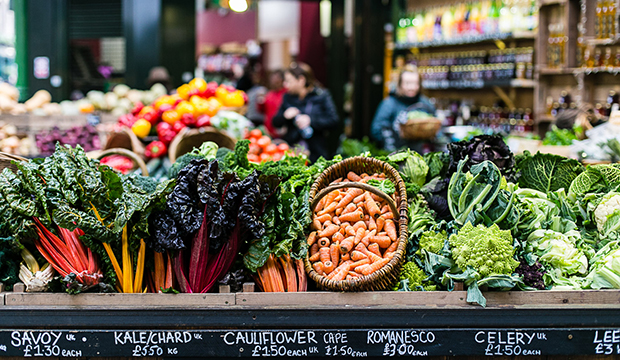 Borough Market needs no introduction. It’s probably the most famous market in the capital, and as a result is heaving with tourists and can sometimes be an unpleasant experience. But that doesn’t mean locals steer clear. Try going early in the morning during the week, or before about 11am on Saturday for the least stressful experience. It’s still magical and there are some fantastic treats to be had. Jock Stark, a little fruit a veg grower in the Green Market, sells fabulous produce at non-touristy prices, and Chegworth Valley have the best apples and pears in the capital.

For bread, head to Culture Whisper favourites Karaway and Bread Ahead, and for honey try our the myriad flavours at From Field and Flower. The best olive oils are to be had from Greek deli Oliveology, Brindisa remains the best spot for all things Spanish, and Spice Mountain is bursting with weird and wonderful flavours. 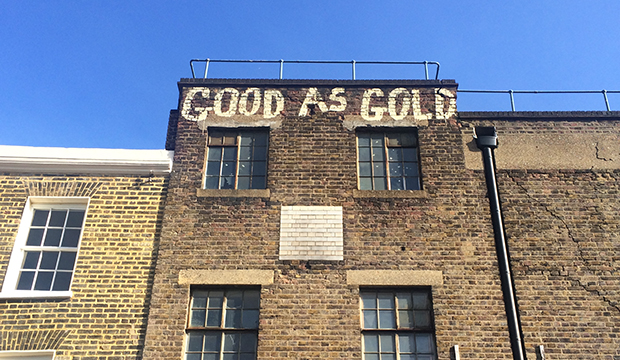 As you’d expect, the shopping here can be rather food centric. Whether that’s gorgeous English cheeses from Neal’s Yard Dairy on Park Street, or chic kitchen supplies Borough Kitchen, this foodie haven has all the bases covered. Park Street’s German Deli is a favourite for central European sweets and saurkaut, and a short hop from Borough station Last Street Wine has the best selection of small producer bottles at terrifically reasonable prices. Though we’re not going to lie, the pretty black and white tiled floor and wood-panelled shelving adds to the experience too. 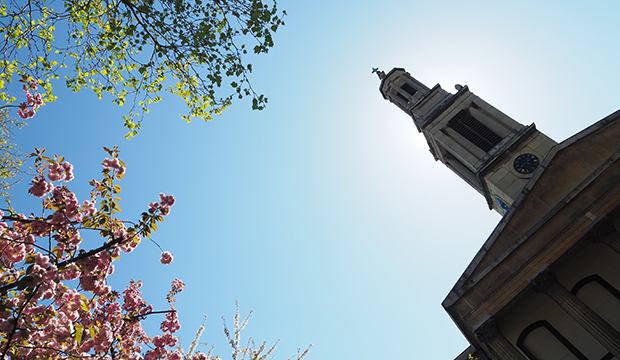 Southwark Cathedral is worth a peak, as well as the famous ‘Take Courage’ sign just off Park Street. From there wander down Borough High Street to Trinity Church Square. Its one of only a few complete Georgian garden squares in London, and is regularly used for filming: from Bridget Jones and the Edge of Reason to Sherlock. The statue in the middle of the garden is reputed to be one of the oldest outdoor statues on London, though his identity is subject to debate. The garden is open every June as part of the Open Garden Squares weekend, where you can take part in free morning yoga.

Other highlights are a wander along the Thames Path past the Golden Hinde and Shakespeare’s Globe, and a trip to see the more gruesome side of medical history at the Old Operating Theatre. If theatre is your thing, there’s the Menier Chocolate Factory or the Southwark Playhouse, or you can take part in some jazz age immersive theatre on Long Lane. Meanwhile, cinemaphiles can get their classic flic fix at the Backyard Cinema in the Mercato Metropolitano. 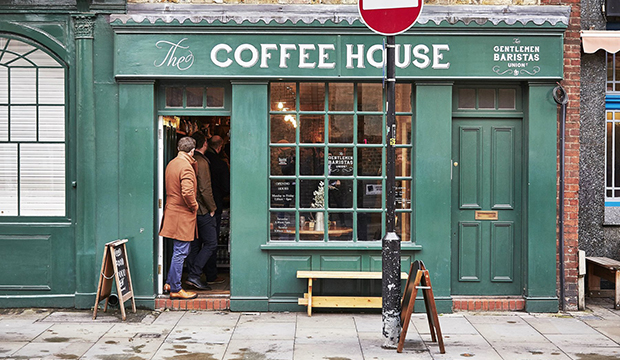 Top notch coffee comes from Monmouth, just next to the market. But if you want to avoid the occasionally mammoth queues, take a wander down Union Street to the Gentlemen Baristas for a relaxed, chic setting and stellar flat whites. And don’t forget to nip into Burnt Lemon Bakery on Flat Iron Square for one of their legendary cinnamon rolls or lemon drizzle cakes. 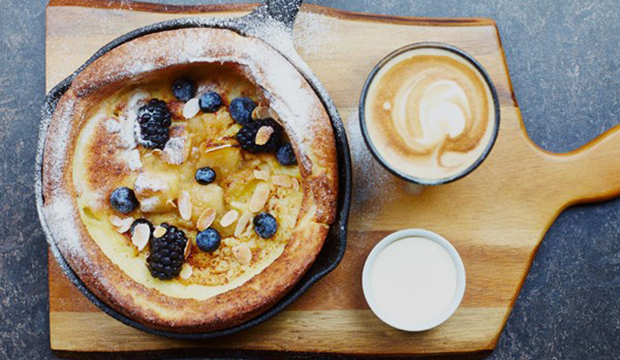 Dutch baby at Where the Pancakes Are

Avoid the queues at the Breakfast Club and do as canny locals do – book a table at the trendy Where The Pancakes Are for their signature dutch babies. For more of a buzzing, and boozy, scene, London Grind is the place to be seen. And you can count on Lantana or Caravan for more inventive antipodean style breakfast cuisine. 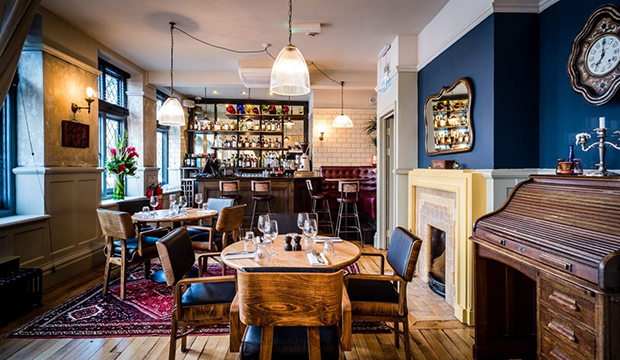 Borough natives are spoilt for choice. Whilst Padella regularly tops the rankings for its outstanding pasta dishes, the queues can be somewhat off-putting these days. Hands down the best eateries in the area are the gorgeous Lupins, with its small plates and superb seasonal flavours, and Edwins, a true hidden gem above the Trinity pub. And what’s even better is that they take good old-fashioned reservations. For stunning Portuguese plates try Bar Douro, and pizza lovers can get their fix at O’Ver, with its special sea-water enriched pizza dough.

And if street food markets are your thing, then head to Flat Iron Square (Tatami Ramen’s vegan miso ramen is the bee’s knees) and hit Milanese import Mercato Metropolitano have got you covered. 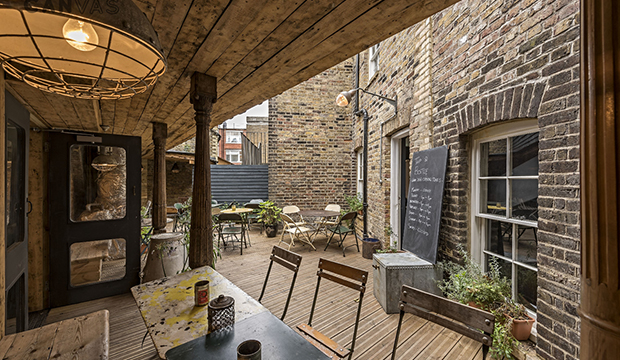 Borough is famous for its pubs. The George Inn on Borough High Street is a national treasure, being one of the oldest pubs in London and the last surviving galleried coaching inn. If that sounds a little too old school, then other great boozers include The Roebuck, with its legendary film nights and fiendish Tuesday pub quiz, and live music at The Gladstone Arms.

For wine, head to Tap and Bottle or Bedales. And for cocktails there’s nothing better than a trip up the Shard to GŎNG, with its ridiculous views from the 52nd floor. And for live music and cool club nights look no further than Omeara.