Pretty, quiet and full of independent businesses. Get to know your way around Stokey like a local 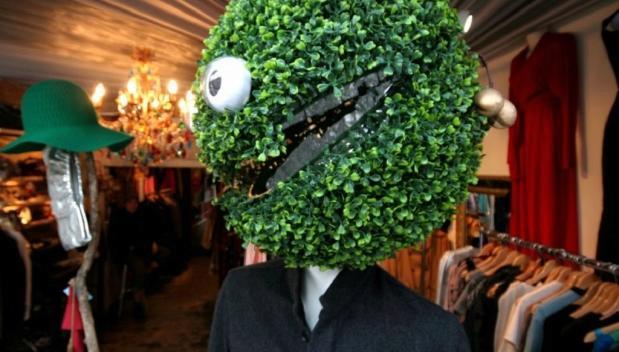 Culture Whisper's guide to Stoke Newington, including STRUT vintage shop
Stoke Newington is north London's village. With no tube station, it feels out of the way and quiet. It's not the coolest area of London any more, but it could be one of the nicest. In this peaceful part of the capital there's a band of indie shops. Great bars line the road down to Dalston and large Jewish, Quaker and Turkish communities contribute cuisine and culture. Swot up with our handy area guide for the best gyms, brunches and places that feel like home. You'll soon be stalking Stokey like a local.

N16 has been trendy for the last decade, but when Daniel Defoe lived here in the 17th century it was little more than countryside. There's still Defoe Road, leading off Church Street, but any Robinson Crusoes would be overwhelmed by choice in the area now. The main roads are Stoke Newington Church Street, which is the area's central string of local shops, and Stoke Newington High Street, which marks the eastern edge of the region and plunges down to deepest darkest Dalston. 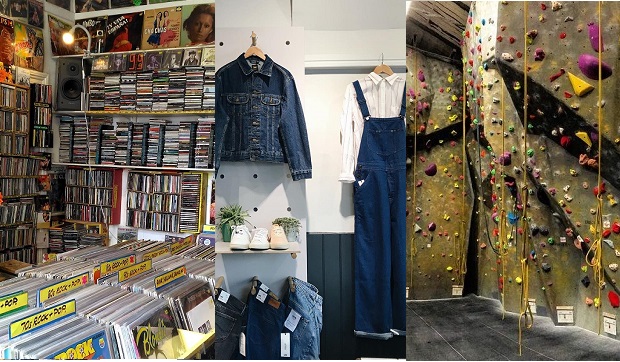 Luck Seven for vinyl, Hub for clothing and the Castle Climbing Centre

Clissold Park is one of Stokey's main draws for exercise bunnies. Surrounding a Grade II-listed mansion, the Victorian park with playground, has a butterfly park and a herd of fallow deer too. The Clissold Leisure Centre pool is the nearest pool in the area. Look out for summer screenings on the green from Luna Cinema.

More Yoga has been opening good-value London studios everywhere in 2017, including one in Stoke Newington. The Castle Climbing Centre is a great place for rock-hoppers and it's set in a former Victorian water pumping station. It’s the health-conscious café on site that makes this centre a standout venue, whether you're a seasoned climber or a curious first-time scrambler. 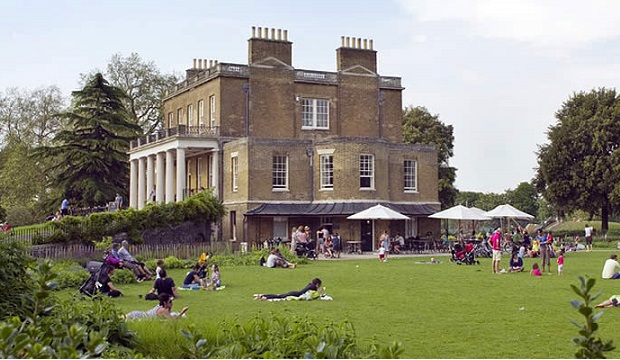 Clissold House during the literary festival

RIO cinema is a magnificent slab of Art Deco showing arthouse films, whilst the Vortex Jazz Club, is not only one of the best jazz clubs in London, but is also a not-for-profit venture.Loading Bar is more a pub than a cultural venue, but it’s great if you like playing games both on boards and consoles (loading bar... geddit?).

Abney Cemetery is a quiet, beautiful 'garden cemetery' with Victorian gravestones and statues and protected wildlife. North London singer, the late Amy Winehouse filmed part of the music video to Back to Black here. Nowadays, you can try your hand at a spot of spoon whittling with the London Green Wood community using the local timber.

For three days in early June, Stoke Newington Literary Festival takes over local venues. Take to the town hall, Clissold House and the Unitarian chapel. In 2015, Will Self himself attended. 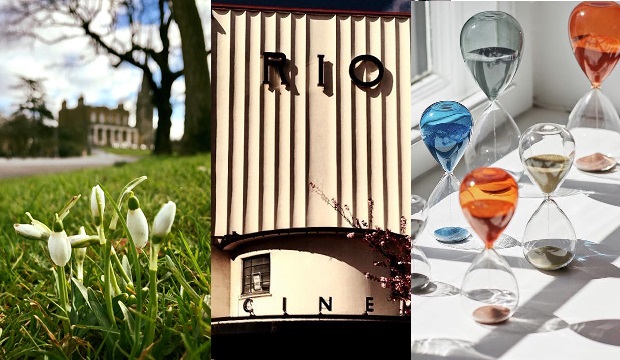 If you're a fan of Angel's Upper Street, Church Street in Stoke Newington is more of the same, though it weans you slowly off the chains and onto its own independent stores. Food comes courtesy of Whole Foods, and locals also visit Stoke Newington Green opposite, a traditional grocers with organic fruits and vegetables.

A trendy new butchers, Meat N16, doubles as a delicatessen and a farmer's market is held every Saturday from 10am at St Paul's Church. Get up early or all the best bread will be gone. 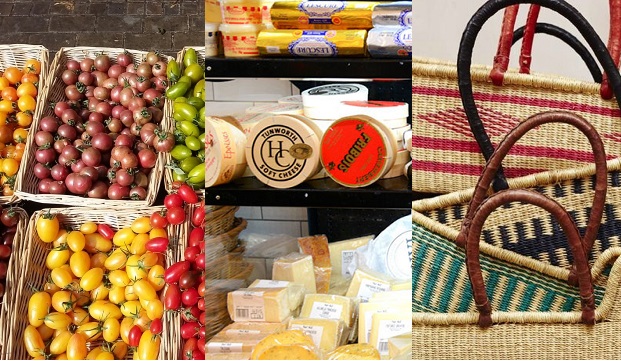 The farmer's market on Saturdays, the Deli at Meat N16, baby baskets from Olive Loves Alfie

Luck Seven vinyls sell second hand records (though go soon, as there are rumours that it might have to close). Gift shops like Nook and Search and Rescue set the bar high for the area, selling charming trinkets and trendy pieces.

For clothing, Hub menswear and Hub womenswear are owned by the same sharp-eyed fashionista and are both achingly trendy, whilst STRUT archives has a very carefully-selected stock of designer vintage-wear and Olive Loves Alfie have cutesy kidswear for left-leaning parents. There's reclaimed vintage furniture at The Restoration that will give you inspiration for when you pop in to the nearby RETROHUB second-hand furniture store. 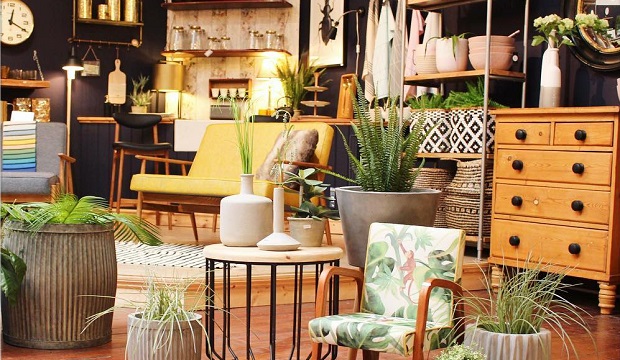 There are two pub stalwarts on the Stoke Newington scene that always deserve a mention. The Jolly Butchers is massive and always buzzing. Set on a busy road, it's always lively, and there are usually around 30 different ales to sample. The Auld Shillelagh pours a very good Guinness, shows the local Arsenal games, and is considered very authentic for an Irish pub outside Ireland.

If you like your drinks shaken, not drawn, try Original Sin, a cocktail bar with a suitably crepuscular atmosphere, or head towards Dalston to dive even further into the drinking underbelly of the area in the basement of Ruby's Bar and Lounge. Even further south, High Water served seasonal cocktails, but space is often tight. 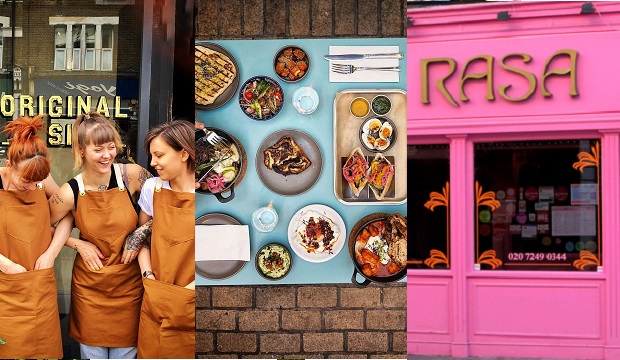 You won't have to journey far without caffeine in Stokey. Try the popular Ester's Coffee, or Fingers Crossed, the New Zealand-run cafe that has an egg-stensive poached and baked egg menu. Hipsters flock to L'atelier Dalston for a coffee fix and some chat from the cheeky staff.

The Yellow Warbler (not to be confused with the distressing Feminist novel The Yellow Wallpaper) serves great coffee, but also a refreshingly different South American-inspired brunch with sweetcorn fritters on the menu. Dog walkers can stop to socialise at Lizzie's on the Green. 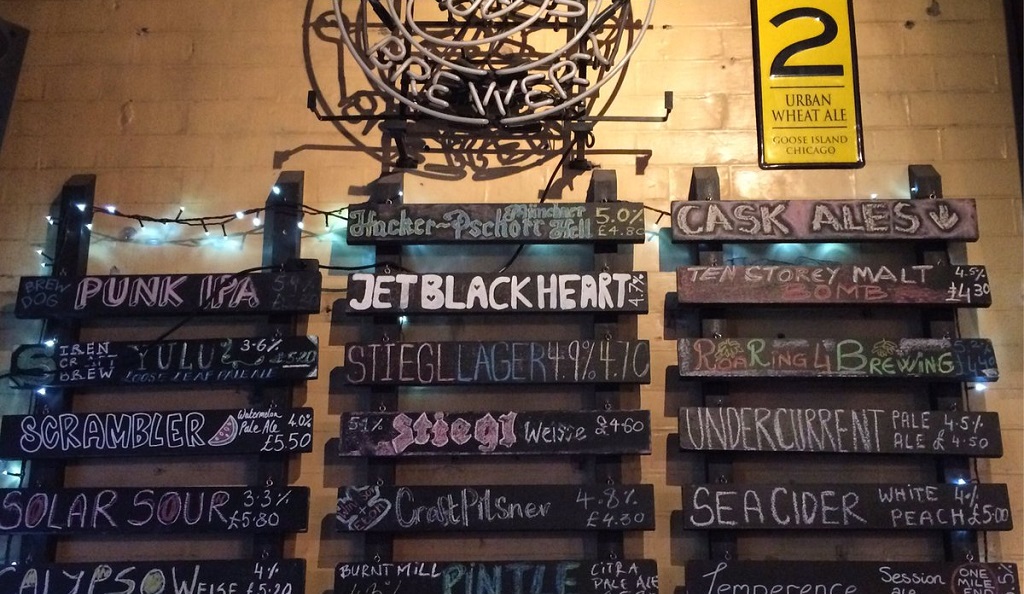 The Good Egg started in Stoke Newington (replacing an ugly betting shop) and is so successful that there's now a Soho branch. Expect queues outside the door for their lunches, inspired by Jewish staples and featuring delicious Tel Avi-style specials. It's got some competition from a new pizza place. L'Antica Pizzeria da Michele opened last year and closely follows its trusty Naples recipes – which have been used by the family's restaurants since 1870.

Rasa is a London chain of Indian restaurants specialising in southern Indian cuisine, and their dosas are something special. The Black Pig With White Pearls is a restaurant that's a mouthful to say... but it delivers well-proportioned morsels of Spanish tapas and specialises in Ibérico pork. 'But where's the burger place?' we hear you cry. Stokey Bears is the local burger joint that's proved so successful on Stoke Newington High Street that it's now opening new spots around London.