Who were the real people who fought for the women's right to vote? And what would they make of the world we live in today? In 2018, London is celebrating women's suffrage with parliament's Vote100 campaign and with commemorations across the city.

We'll celebrate the centenary of The Representation of the People Act on 6 February this year. In 1918 certain women aged over 30 were permitted at the ballot. Younger women were only allowed a year later, in 1919.

For the original suffragette movement it was a long fight, a vicious, shocking fight, with force feedings and tramplings and railings and hand-stitched sashes. But it was also a modern movement. And anyone with a pussyhat or a marker pen banner owes these early pioneers for their right to a voice.

Come together to see the art, hear the voices and discuss the legacies of suffragette protesters in this special centenary year of British women's right to vote. 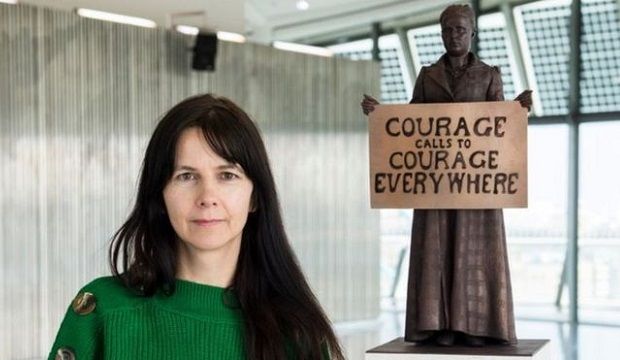 Make a pilgrimage to Parliament

Turner Prize-winning sculptor Gillian Wearing has created a bronze of Millicent Fawcett, set to be the first female statue to be placed in Parliament Square. Fawcett is known for the moving speech she gave on the death of Emily Wilding Davidson in 1913. The statue will be unveiled early this year. Go and make your pilgrimage.