We chat to actor Jeremy Irvine about shooting in extreme temperatures and why he'll never forgive Jamie Dornan. 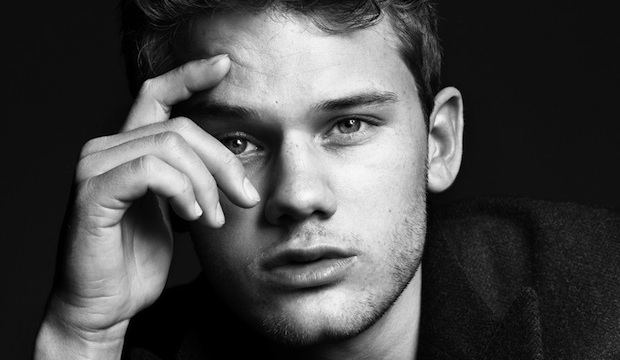 Jeremy Irvine, actor
Beyond The Reach

Many will know Jeremy Irvine as the actor who plays Albert in War Horse, Spielberg's star-studded blockbuster, which received the most 2012 Oscar nominations – including Best Picture. Irvine is starring new action-thriller Beyond the Reach, alongside the Oscar-Winning Michael Douglas.

The film tells the of corrupt international businessman (Douglas), who, hunting for game in the Mojave Desert, comes to life-threatening blows with young hired-hand, game tracker Ben (Irvine). As the stakes reach extreme heights, the film becomes a game of cat-and-mouse as both parties battle to out-survive one another, armed with dangerous weapons and explosives, all the while struggling against the scorching heat of the American desert sun.

We caught up with Jeremy Irvine to discuss and the difficulties posed by such making a physically challenging film, and his plans for the future.

Beyond the Reach really captures the extremes of weather in the Mojave desert. Was it tough to shoot?

When I read the script I just assumed that there would be a way to fake all that, all the heat – I didn’t think it would actually be 110° (43°C) during the day. This was physically the toughest film I've done. But then at night it would snow. It would be scorching during the day and then it would snow in the pitch black. And I'd be standing under the film lights, shooting, but of course snakes love warm places. So it would be pitch black and I'd be in bare feet, stepping over rocks, and just hear the "brrrrrr" of a rattle snake.

You're no stranger to physically challenging roles. You lost a vast amount of weight for The Railway Man, and for this film you had to put on 30 pounds of muscle. Do you deliberately seek out parts that push your body to its extremes?

I ate a can of tuna a day for The Railway Man. That's a lot for your body to go through. Things start going wrong, you injure yourself, it’s not a healthy way to do it. I think I got slightly caught up in it – looking back I think I got a bit carried away! So that was tough, having to get up at 6 in the morning, drink egg whites, go to the gym twice a day. It's miserable. I don’t know which is worse, the weight loss or the weight gain. I’m not sure.

It sounds like you're quite the method actor. Apparently you even contracted trench foot on the set of War Horse?

Yes, but not on purpose! We were all stuck in the water – we were soaking wet. We shot in the trenches for three full weeks, and then my feet got dry and I asked the nurse on site, and she told me it was trench foot. It was actually kind of great though, if you like gross things... 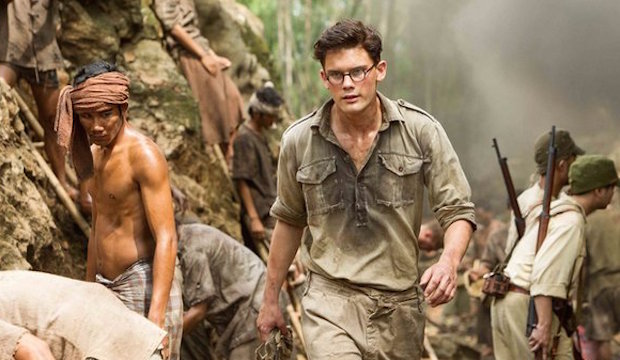 Jeremy Irvine in The Railway Man

As you said, much of the film is spent honing in on your body, on being left alone, naked, in the middle of the desert. We've already talked about the physical challenges, but emotionally, did you find the levels of exposure uncomfortable ?

I didn’t think about it until I watched it with an audience at a premiere. Sitting in a massive theatre in Toronto with over a thousand people, I suddenly thought – there are a lot of people looking at me naked right now. It was weird. But then, so is acting.

Do you feel there's a degree of exploitation in having been so exposed on screen? Do you think, with recent films like 50 Shades of Grey, and the popularity of things like Poldark, that voyeurism is shifting towards the male form?

I’m really angry at people like Jamie Dornan – what happened to the old days? We’re not meant to have 8 packs! Jamie Dornan and all the others have ruined it for the rest of us, by having such incredible physiques. I’m not built like that. It was a lot of work to get that way.

But here’s the thing: I think it's annoying when there’s no point to it, when you think, why is he built like that? But for this film, the character had to be this outdoor rock-climbing guy. My stunt double was – literally – the character I was playing. The minute we finished filming, he’d be off again rock climbing. And how he looked was how I had to look for the character. So if it’s for the character fine, if it’s for just the sake of vanity then nah, it's just not worth it. 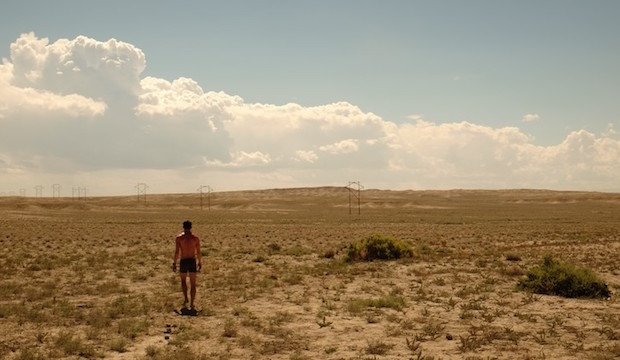 Still from Beyond the Reach

You've worked with some incredible talents from Stephen Spielberg on War Horse to Colin Firth on the Railway Man. Have there been rewarding mentorships?

Stephen Spielberg was positively paternal towards me, he really held my hand through the whole process. Colin Firth too. Everyone I’ve worked with, I’ve come on set having idolised them as a kid, and they’ve all been incredibly kind. On big film sets I’m always thinking ‘do I deserve to be here?’. And when someone like that treats you like a colleague it's so reassuring. Colin would invite me round his house and we’d rehearse in his living room and build character together. It's been brilliant.

Beyond the Reach is released in UK cinemas on 31 July.