What it was really like to be a punk? Viv Albertine chats to Ella Cory-Wright about her bestselling memoir, being scared of Vivienne Westwood and why punk could never happen again. 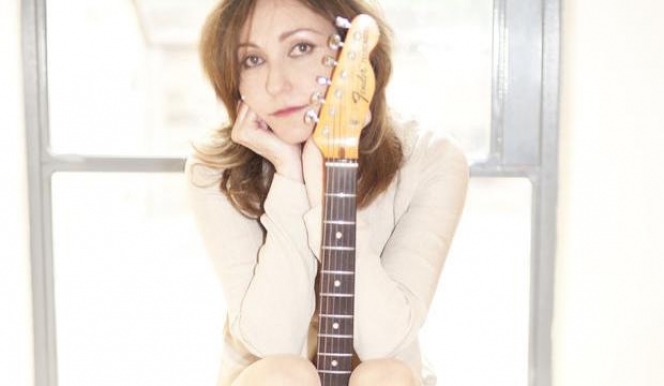 2015 Viv Albertine: Book Clothes... Music... Boys out now
In among all the noise and fury of the punk years was a young girl with big eyes, who felt, she says, “a bit left out of life”.  Viv Albertine was part of punk’s inner-sanctum: guitarist of all-girl group The Slits, who came together in 1976. She hung out with the Sex Pistols' Johnny Rotten and Sid Vicious, dated The Clash’s Mick Jones and hung round Vivienne Westwood and Malcolm McClaren’s SEX shop on the King’s Road.

The memoir isn't entirely what you’d expect. Far from a cooler-than-thou chronicle, Albertine’s remarkable book is filled with the disappointments, anxieties, failed sexual escapades (including that infamous Johnny Rotten moment) of an ordinary girl. The candour sometimes makes you gasp. 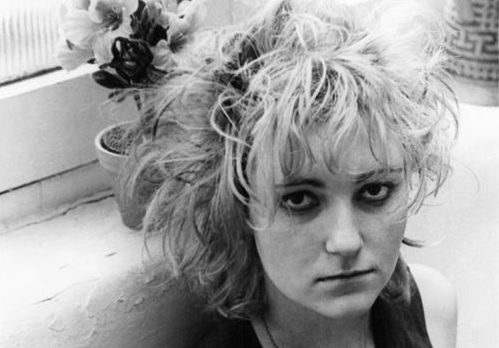 Clothes... Music... Boys reaches far beyond the punk years. We follow Albertine through depression after The Slits break-up, trying to fit in as a Hastings housewife, years of IVF agony, divorce and then teaching herself to love music again.

We sat down with the warm, lovely Viv ahead of her appearance as part of the East End Film Festival jury, to discuss kissing too many boys, being scared of Vivienne Westwood, and why punk could never happen again.

CW: How did it feel to bare so much of yourself in your memoir? Was it a release, or did you cringe as you wrote it?

I absolutely cringed as I wrote it. And then I cringed even more at the thought of it going out into the world. I thought I’d be ridiculed, slated. I don’t regret it, but I sometimes ask myself “Why? Why did I do it?”

Even writing about what a naff childhood I had, that there was nothing cool about me or my life, that we had no money: that was embarrassing enough. Let alone the bl*wjobs and the sex that went wrong. It was all one huge embarrassment really

Why did you feel you had to?

I suppose I hoped that it would help young people not to feel quite so alone, whenever they feel stupid or poor or ugly. And then, as the book goes on, I hoped it would help older people too. I wanted it to be more than just me, jabbering on about my life.

Have you been surprised by its popularity?

Yeah totally surprised. I thought it would either be pulled to pieces or ignored. It gave me confidence! But I’ve just started another book and all my confidence has flown out the window again.

Has your book angered anyone?

One person was angry they weren’t in it. But no, no-one’s taken offence. Of course, a couple of them are dead.

With punk, it’s all about telling the truth and not romanticising or glossing over things. So I think everyone from that time understands the way I wrote.

Did you know that you were part of something seismic in the ‘70s? Or was it just you and your friends hanging out, making music?

A bit of both. We were nothing in the eyes of society. But we also knew that we were interesting people trying to do something a bit different. We were this little bunch, who looked a bit rubbish and weren’t very stylish and we were all falling out with each other. There was no feeling that we were going to resonate for another 30, 40 years. At the time, we thought "why aren’t people noticing"? 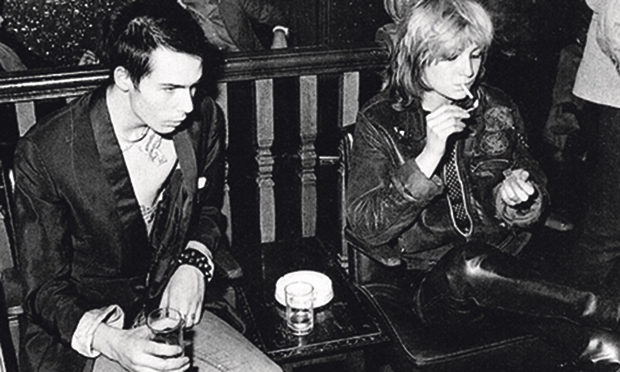 Your book completely dismantles the idea of ‘punk royalty’, Sid Vicious and Johnny Rotten are just scruffy kids. Was there anyone you met that were genuinely scared or in awe of?

Well I was scared of Vivienne Westwood. But not because she swanned around or anything like that. But she was fiercely intelligent and incredibly creative and she didn’t suffer fools, so you had to know what you were talking about. And I wasn’t really that educated, or that clever really, and couldn’t hold my own. So I was scared of her.

Are you still scared of her now?

No, not so much now that I’ve lived a life. When you’re young, you're always trying to be clever or beautiful. But once you’ve lived a bit you think, well everyone is just as important as everyone else.

What was it about that first Sex Pistols gig you went to that made you want to be a part of the punk scene?

It was just simply seeing someone like myself. Someone like me who comes from all the same rubbish. There was Johnny [Rotten], standing up on stage, as if he had as much right to be there as anyone else. It wasn’t particularly about the music for me, it was completely about the attitude. 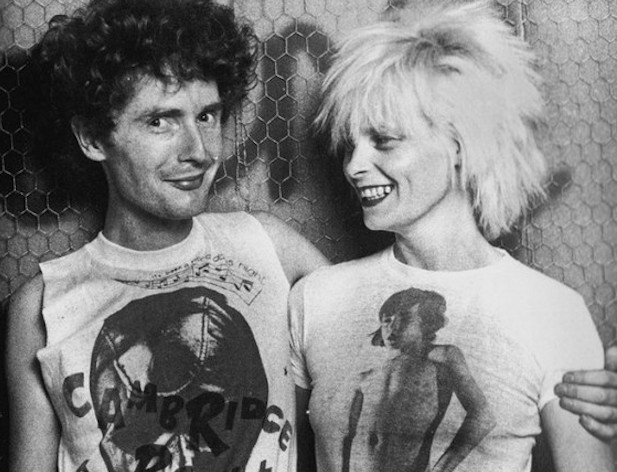 Was the scene misogynistic?

The 1970s were very misogynistic. But in that scene, Malcolm [McClaren] and all the people round the shop just embraced everyone. And with Vivienne at the helm, no one would be so stupid as to put you down because you were a female. We were all forward-thinking, open-minded, because we all felt a little bit left out of life. But there really weren’t very many of us.

Were men scared of you, or enticed by you?

Outside our little group, men were  threatened, terrified, revolted but mainly scared of losing their power. There were skinheads and Teddy Boys waiting to attack you round every corner in London, we were always expecting to get beaten up.

If you didn't dress like a girl, they wouldn't treat you like a girl. I suppose I could have just  kept my head down and been an Assistant Something-or-other in a bank, and worn a blouse and a pencil skirt every day. Then I wouldn’t have had any of that. 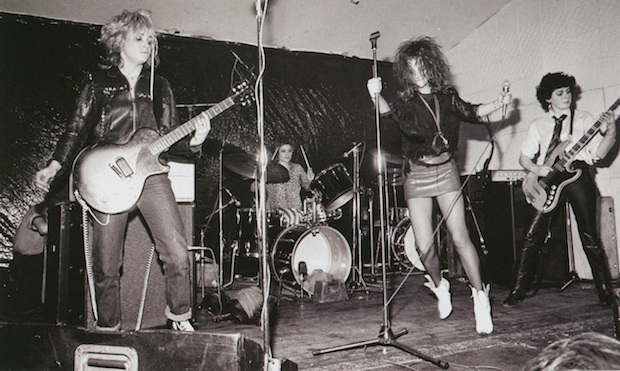 How did you cope?

We had to be pretty militant. And a lot of people say: "You were so scary back then." Well, I was scary. And Vivienne Westwood was scary. And Yoko Ono and Germaine Greer were scary because, in order to break out of what was prescribed for women in those days, you had to be a certain sort of person. You couldn't be passive or pleasant or smiley, you had to be fierce. So, yeah, maybe we weren’t the nicest people in the world.

What kind of thing would you wear?

We used to throw all sorts of things together. So you know, it would be a tutu, over a shrunken Brownie uniform, over a pair of rubber stockings from Vivienne’s SEX shop and some sort of weird shoes with scalloped top. Old leather jacket, hair matted and blonde.

What we did was throw together all the different signs of what it was supposed to be to be a girl. Mix together sexy side, S&M, brownie uniform, ballet. We were taking the piss. That really upset guys. 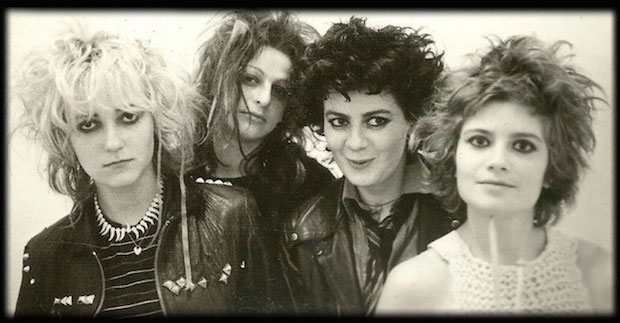 Could punk ever happen again?

Not in the capitalist West. Maybe in other cultures. We can’t use clothes or hair to express ourselves anymore, because it's all been commandeered by consumerism.

If anything's going to change the world, it's the LGBT movement. The fluidity of sexuality that’s happening now is really interesting; I think that’s going to effect the way people couple up and live together.

In 1979, you posed topless for The Slit’s album 'Cut' cover art as a political statement, and yet we still have adverts like Beach Body Ready. How much have things really changed for woman?

Back in the 70s the only time you ever saw a naked female body was to excite men or to sell something. We wanted to reclaim our naked bodies, and we were taking our bodies back with that cover, by saying: "look, mate, this isn’t for you any more. We weren’t model-y types, we were ordinary looking girls, a bit pudgy.

Unfortunately, body fascism isn't much different today. It's just so oppressive, and having a daughter makes it even more depressing. And it takes up so much of young women’s mental space. It’s happening to men now, as well. 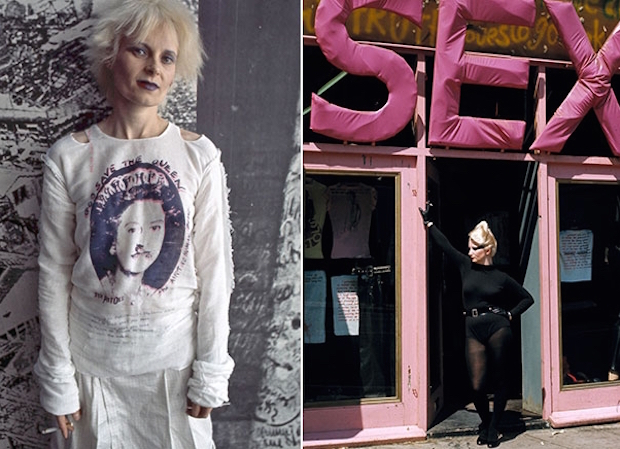 The Locus of Punk: SEX on the King's Road, Vivienne Westwood

How does your daughter feel about having the coolest mum in the class?

I don’t know if she thinks I’m cool! She’s very generous about it. When I was young, you simply weren’t interested in anything your parents had done. Didn’t want to know. But now that the generation gap has closed up, for better or for worse, you might swap clothes with your kids or go to festivals together.

You’ve been involved in several film projects, including, most recently, Joanna Hogg’s 'Exhibition'. Do you have any plans to make a film of your own?

Not at the moment. I’ve had lots of interest in the book being made in to a film. I’m not going to pursue that, I don't think. The thought of seeing myself up on screen, acted and scripted by someone else. It can only go wrong in my opinion. It’s such a private voice.

What is it you’re looking for as part of the East End Film Festival jury?

What I’m always looking for is an authentic voice, honest straightforward storytelling. I’m not at all interested in production values..

If they did make the book into a film, who would play you?

That Game Of Thrones girl, Emilia Clarke. She’s bloody gorgeous. I suppose it depends if she could make herself look a bit rough or not.

On Wednesday 8 July, Viv will talk about her role on the feature jury of this years East End Film Festival, as well as her work as a film director and actor and music career and her time as guitarist with The Slits.