We talk to director Asif Kapadia (Senna) about revisiting the tragedy, the girl behind the tabloids, and the family's reaction to new Amy Winehouse documentary. 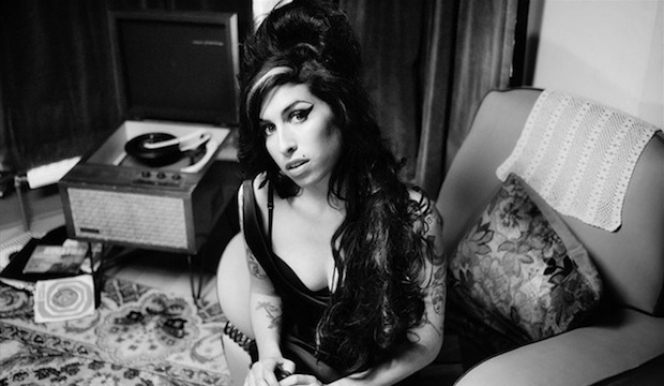 Amy Winehouse
The new Amy Winehouse film by Asif Kapadia paints an honest, uncompromising picture of the girl beneath the media frenzy.

The North London director has already received much critical praise for his award-winning documentary Senna (2010), detailing the life and death of legendary Formula 1 driver Ayrton Senna. Kapadia's latest, AMY, uses his characteristic editing technique, amassing a hoard of footage in order to cast a truthful depiction of the remarkable jazz and soul singer, and the events leading up to her death at the age of 27.

We caught up with Asif Kapadia to find out about the challenges of making such a personal film.

Kapadia says he didn't know much about Winehouse before AMY. But there are similarities between his new film and Senna. Both are tales of self-destruction; both subjects are extreme, talented, reckless. Is this something that interests him? “I'm just drawn to the drama in there. There's something to talk about, something to show.”

“They are both interesting characters. They have personality and charisma: Amy's so cool, funny, intelligent. How does that become messed up so quickly?”

From those who knew Winehouse from a young age comes intimate, personal footage juxtaposed with original paparazzi photographs, chat-show clips and televised interviews, all building a complex portrait of a Winehouse loved by her friends and fans and hounded by the press.

AMY tells a story that we think we already know. And yet, Kapadia shows us a young girl who is funny, sharp, sassy, vivacious and shy, different at every turn. And with this total immersion into her life comes the force of the tragedy: how Amy Winehouse died, and how it might have been prevented. 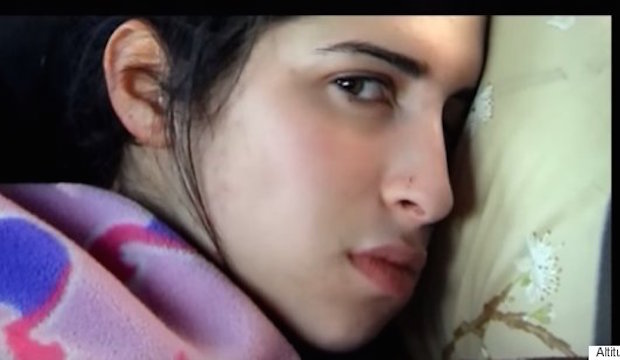 We hear from her father, absent with another woman in Amy's early years, and her mother unwilling to discipline her as a child. But perhaps most strikingly we hear from Winehouse's ex-husband, Blake, himself deeply troubled, who introduces her to heroin.

Many doubts were cast, even by Kapadia himself, that it was too soon for such a project; the pain still too raw. “It felt like this had just happened the other day. It seemed like something pretty awful had just happened, in front of our eyes, and no-one had stopped it.”

"Maybe we were somehow complicit in the whole thing"

The topic certainly feels recent, and many of the news outlets still look much the same, and deal with celebrity in the same way.  “I find myself being interviewed by the same journalists who interviewed her” says Kapadia, "it's that recent."

Culture Whisper competition: win one of five pairs of tickets to a post-screening Q&A with Kapadia. Scroll down for details
But, for him, this is the very reason he felt it best to address it, before more facts were lost, versions of events shrouded in history or memorialised as fact. “This story seemed important to talk about – talk about what went on. How we, Londoners, people around the world, journalists, the entertainment business, in one way or another, maybe we were somehow complicit in the whole thing.”

Kapadia's film is dogged by clicking cameras and flashing lights. We share Amy's claustrophobia, as the British press hound her, at times becoming physically violent, ramming their cameras in her face and goading her to retaliate. 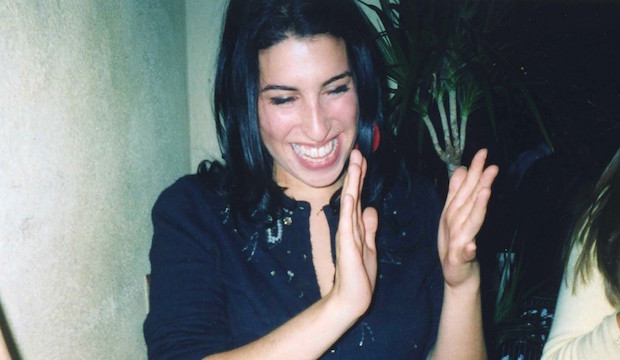 In a post-Leveson world, there's another, slightly uncomfortable layer to the film. In order to paint as comprehensive a portrait of Winehouse as possible, Kapadia has used everything, from her personal laptop to holiday videos by friends on shaky phone cameras. Is using such personal footage an ironic example of that same media voyeurism and scrutiny being perpetuated? Is Kapadia reopening old wounds for those who remain?
“Maybe. But you know there’s a saying, 'the truth can set you free'. This idea of holding it all back, or not revealing, I'm not sure if that's right either.”


"There wasn't really that close kind of unit, at the beginning. And there were no boundaries."

AMY interweaves hundreds of interviews with Winehouse's loved ones, each giving their own opinion on where her decline truly began. Kapadia conducted every one of the interviews himself, and, he says, it's fascinating how many different ideas people had about her. Never knowing her personally, he’s built up his own mosaic of what the 'real' Amy was like.

“She was really complicated... she had pretty low self-esteem, was pretty insecure. It all seems to come back to her mum saying she wasn't able to be motherly to her. Amy herself saying that her dad wasn't around when she was growing up. There wasn't really that close kind of unit, at the beginning. And there were no boundaries.”

“There was nobody to say no. At a very young age that she would push everything to the limit…Her friends told me: if she would go off to buy flowers, she'd just fill the house with flowers, if it was shoes she’d buy loads of shoes…everything was done to extremes.” 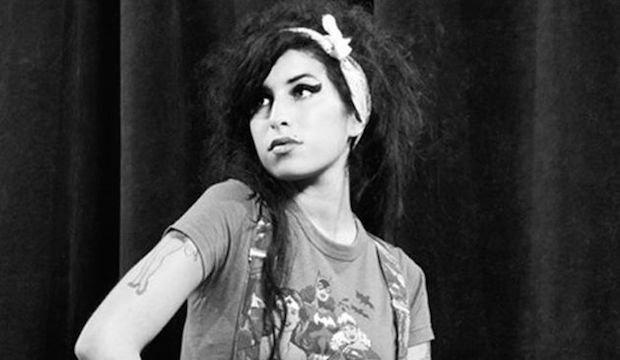 When the addictions began to take hold, he says, this same extreme behaviour began to manifest itself in far more self-destructive ways.

"They were trying to warn everyone that she was going to die, but it carried on and carried on."

Those close to Amy, Kapadia continues, "were trying to warn everyone that she was going to die, but it carried on and carried on. And then she died...Nobody seemed to stop it, or pay attention.”

Kapadia wants to make it very clear, though, that he’s not pointing the finger at any one individual. "A lot of people did a lot of things", he says. “The team around her, the business around her, seem to let it all keep rolling on – keep doing more concerts, keep doing more shows – and aren’t really worrying about whether the girl in the middle of it all is in the right state.” 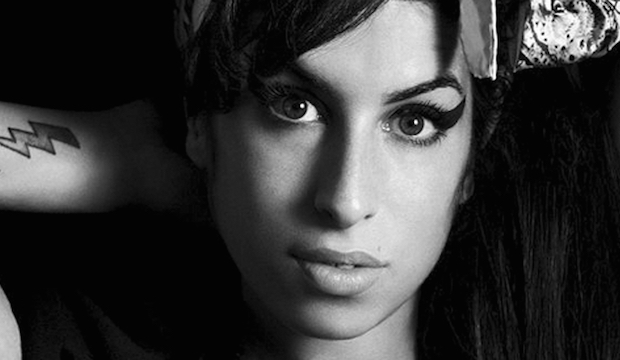 Then there’s Blake, her heroin addicted husband, who flits in and out of her life. One of the most shocking moments in the film is when he breaks into her room in rehab, and they get drunk or high together. Winehouse looks wide-eyed into a camera and slurs the words to Rehab as Blake laughs.

It's easy to draw him as the villain, says Kapadia, but “he was pretty up front with his own responsibilities. He's pretty much dealt with the fact that he admits it. He got her into drugs, he’s been in prison. He knows he doesn't come out of it well, but he also has said the film is totally honest about what went on.”

“And when you look into the film, you realise she had loads of issues, long before she met him, and he had issues before he met her.”
The film, though originally backed by her family, has since met with criticism, particularly from Amy’s father Mitch Winehouse, who believes it paints him in an uncaring and selfish light. In a number of scenes he's shown bringing his own camera crews on holiday with them, when Amy's looking at her most vulnerable.
“I felt we had to try and tell the truth, and the truth was, that there were a lot of things that people did that were not for her but for themselves. You know It’s going to be a heavy film, you know certain people are going to not be happy with it.”

"Everyone wanted it to be about them."

But then, says Kapadia, “you think: Well, why we are making this film? Are we making a film for them or are we making a film for her? We’re making it for her. It’s about her. What happened to her. She’s the one who’s dead, she’s the one who was being humiliated on stage, she's the one who's kind of being made fun of by everybody, and everyone just forgot that and started worrying about themselves. And so the film was just trying to redress the balance and just make people remember that it's about her.”

“Everyone wanted it to be about them.”

Kapadia doesn’t opt for talking heads, instead using interview audio (as he feels cameras are too intrusive) with those closest to Winehouse, and often the voice of Amy herself.

Recordings of her voice in interviews or chatting with friends gives the film an intensely personal feel. Winehouse's handwritten lyrics are projected on to the screen at pivotal moments in her short career, starkly tracking her slow decline into depression. At the heart of this two hour film is a striking irony: a soul struggling to vanish from view while becoming increasingly exposed.

"We were listening to the songs, but we weren't really listening carefully enough.”

The way Kapadia uses the lyrics of Amy’s music to tell her story is perhaps the film's most striking revelation. We realise how unappreciated she was for her lyricism, and how much her words provide a key to unlocking her inner turmoil.

“Most people never paid any attention to her lyrics. They’re all there, all the clues are there in the lyrics. Most of this stuff I’m not making up. It’s all there. We just didn’t pay attention. We were listening to the songs, but we weren't really listening carefully enough.”

AMY will be released in the UK on 3rd July

Watch AMY ahead of the release at Curzon's Summer of Sound season or book for a Q&A with Asif Kapadia himself.

Culture Whisper are giving away 5 pairs of tickets to an opening night screening of AMY at the Curzon Chelsea, followed by a Q&A with director Asif Kapadia and music journalist Jude Rogers, on Friday 3 July.