Culture Whisper Interview: A Chat with the Oscar-nominated Viggo Mortensen

INTERVIEW: Viggo Mortensen, best known as Aragorn in Lord of the Rings, tells us about naked wrestling, new film Jauja and his Argentine upbringing. 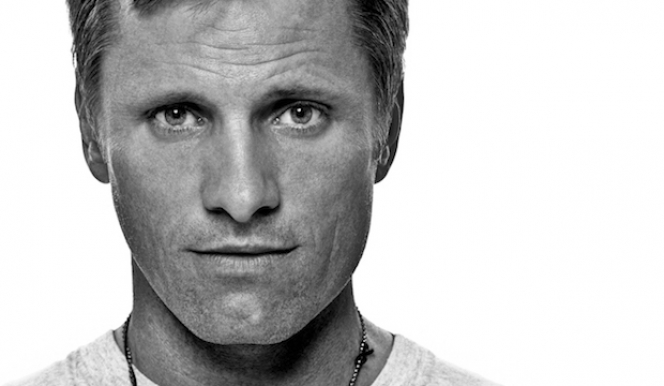 Culture Whisper Interview: A Chat with the Oscar-nominated Viggo Mortensen
Viggo Mortensen is more than an actor. He's a poet, musician, photographer, artist; the list goes on.

The Danish star is best known for playing Aragorn in Peter Jackson's epic Lord of the Rings adaptation, but Mortenson has numerous impressive strings to his bow. He's worked extensively with David Cronenberg, recently as Sigmund Freud in A Dangerous Method, and also for twice Oscar-nominated A History of Violence, and as the lead alongside Naomi Watts in Eastern Promises, which gained him a Best Actor nomination at the Oscars in 2007.

The sometime heir of Isildur has branched out yet again, this time into film production. He both stars in, and has a co-producer credit for, director Lisandro Alonso's new film Jauja.

Alonso's surreal film follows Danish Captain Dinesen (played by Mortensen), a colonial settler in 19th century Patagonia. When Dinesen's beautiful daughter Ingeborg, played by newcomer Viilbjørk Malling Agger, goes missing in the night, in the middle of the Patagonian desert, her father goes to every length possible to find her.

Alonso's known for making challenging films, and anyone who's watched Jauja will see it's no exception. Described by some as a 'Deconstructionist Western', the film takes us on an existential journey through time and space, seen first through the eyes of Captain Dinesen and then of his fifteen-year old daughter, who also lives outside the constraints of the film's narrative.

What attracted Mortensen to the role? "I thought that it had the ingredients of a classic adventure story," he says, "at least at the start: a father goes looking in Indian territory for his adolescent daughter." But the fact, he says, "that it would be shot by Lisandro Alonso and Timo Salminen, the cinematographer – that was a special look, and a very original treatment of the landscape and the people within it. It just seemed like the kind of movie I’d go see."

Click here to read our Jauja preview
Original it certainly is. The film repeatedly suspends logical conclusion, with a complex series of symbols and narrative jumps, and very little dialogue – though notably more than in Alonso's other films. Does this kind of surrealist filmmaking appeal to him? "I'm drawn to stories that challenge your way of thinking – that make you, so to speak, wake up in the middle of the night and question everything, your preconceived ideas about how life works, how you behave, what your attitudes are about everything... that's something that I really enjoyed."

Viggo Mortensen had a lot of creative influence on Jauja. As well as gaining a credit as co-producer, he also composed some of the music for the second half of the film, along with multi-instrumentalist musician Buckethead. "He's a genius really."

He finds it hard, he says, to stay distant from the process. "There's nothing wrong with just preparing your lines, just showing up and leaving. But I can't help but be interested in what other people are doing. As a photographer I'm interested in what the cinematographer does how he lights how he frames shots. I'm interested in the director's point of view. I'm trying to help him get across his vision...As a producer I have more of an established, or 'legal' right to intercede on the filmmakers behalf, to protect his vision." 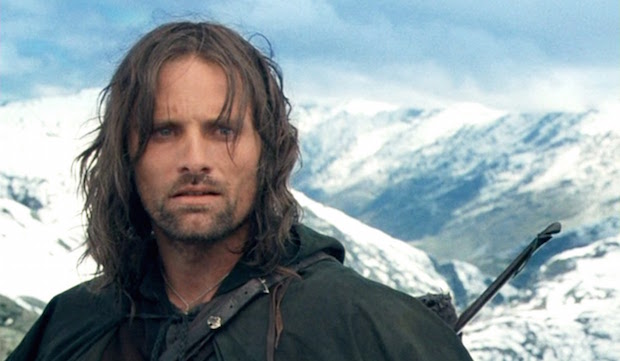 Viggo Mortensen as Aragorn in Lord of the Rings

Jauja is shot in remotest Argentina, the team spent a lot of time scouting for the perfect locations. Mortensen says of the film's cinematographer, Timo Salminen "He was standing by the sea, looking at the sky, and the crew, for the first few days, weren't sure what to make of him – Lisandro even asked me, ‘Is there something wrong with him?’ I said 'No.' And he said, 'Why is he so sad?' and I said, ‘Sad? No he’s not sad, he’s just… Finnish". He was looking at the sea, waiting for the Argentine to get their s*** together so he could shoot the scene." 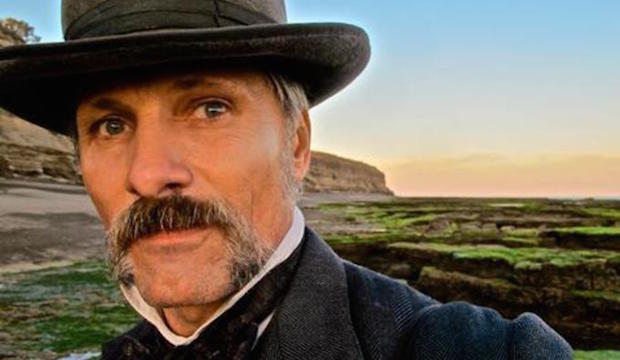 As Captain Dinesen in Jauja

Jauja premiered at Cannes in the Un Certain Regard category, where it won the the FIPRESCI Prize. This positive reception, has continued everywhere it's been, which is, Mortensen says, a happy surprise – especially from critics in North America and Europe who normally write about mainstream films. "I think overall it's maybe the best reviewed movie I’ve ever been. I'm really pleased but I am, to be honest, surprised. I didn’t expect that. I felt it would probably go down well at Cannes, but I didn't know that Lisandro and the movie would win the prize."

How does the film compare to working with the likes of David Cronenberg and Peter Jackson? "On a technical and storytelling level they're doing something different. But they're very similar in the sense that they're calm, friendly presences on the set, they're not authoritarian, they’re not intolerant...They're more secure than most directors, they're open to contributions, and to chance, to playing a role – they don't need to claim authorship of every aspect of what's going on during the shoot, and in the final product." 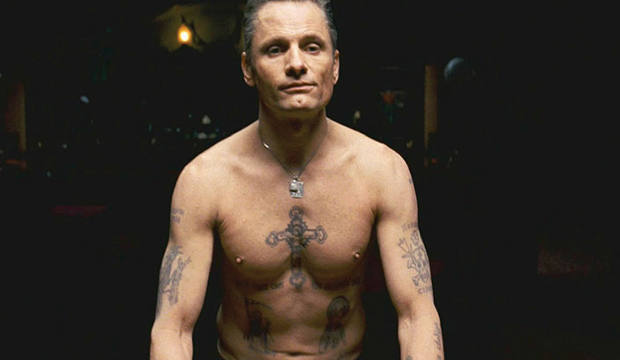 Mortensen was nominated for Best Actor in Cronenberg's film Eastern Promises. The film contains a memorable bout of naked wrestling, which we couldn't help but bring up. The scene, he says, was particularly uncomfortable to shoot.

"Not just the idea of being naked, but being thrown around on hard tiles. There wasn't clothing, you couldn’t wear padding. Normally I’ll do as many takes as they want as I like the process, but with that it was like "We got that one. Let’s move on!'"

Eastern Promises, like Jauja, A Dangerous Method, and A History of Violence, is a serious and psychological piece of cinema. Why is Mortensen is drawn to films that deal with the complexities of existence?

"Why you get out of bed, why do you even bother to brush your teeth, or say hello to anyone? Why do we read a book, why do we go to the movies? Why do we ask questions, why do we answer questions? Because for some reason we're curious, we want to know. I don’t mind not knowing, but I'm still going to keep trying to find out."