With plans for Star Wars Secret Cinema 2015 announced, as well as the release of Neill Blomkamp's 'Chappie' and a brand new Star Wars, we ask if the genre is back; and here to stay. 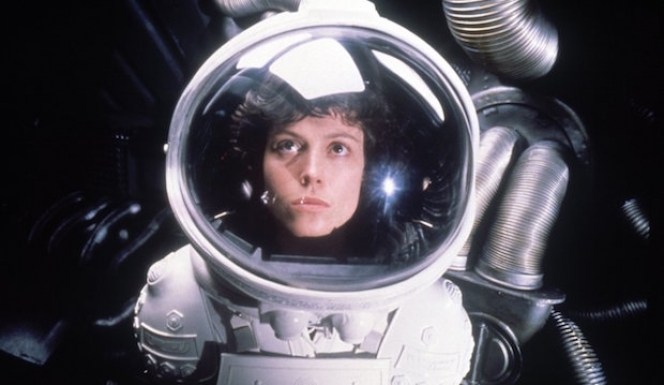 Sigourney Weaver in 'Alien' (1979)
First, we had the release of Neill Blomkamp’s hotly anticipated Chappie last weekend. Then, the announcement that Secret Cinema 2015 edition will be Star Wars: The Empire Strikes Back.

So, there can be little doubt of a resurgent trend for Science Fiction. As a genre, sci fi dominated the 80s and 90s with the likes of Ridley Scott’s Alien franchise, along with George Lucas’s Star Wars, smashing box office records and redefining the cinematic landscape. Nevertheless, audiences can be a fickle bunch and, by the 2000s, the action-packed superhero movie had instead begun its unrelenting monopoly over our screens.

It might, then, have seemed that the supremacy of X-Men, Iron Man, Superman and Batman was a phenomenon that was here to stay, with many filmmakers fearful to take up the sci fi baton after the earth-shattering success of such franchises as Star Wars and Star Trek. Surprisingly though, the last few years has seen a resurgence of the genre. 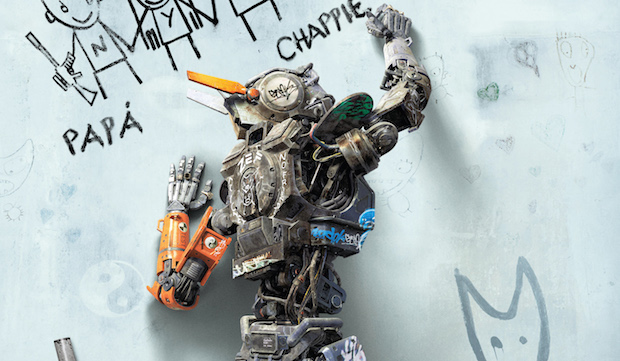 That last year’s Academy Award for best director went to Alfonso Cuaron for his outer-space spectacle Gravity marked somewhat of a milestone. Not since Sigourney Weaver (also making an appearance in Blomkamp's latest) was nominated for best actress for her performance in Ridley Scott’s Alien in 1979 has the Academy taken the genre quite so seriously. Cuaron’s movie was remarkable for its special effects and use of 3D capture technology and perhaps it is this revolution in CGI expertise (much like the Wachowskis’ pioneering of bullet-time visuals for the Matrix), which has helped bring about a recovery for the genre.

Yet, some would argue the opposite, noting that J. J. Abrams has made a specific point of returning to traditional robotics, along with the use of actors and crafted (not CGI) sets, for his resurrection of the Star Wars saga. After all, for many it has always been the stories inherent in sci fi movies that have captured our imaginations. Blomkamp himself is a case in point; his break out movie District 9 wasn’t a success for the sake of its visual effects (effective though they were), but for the genius of his retelling of a well-known human story (the tragedy of apartheid South Africa) in an innovative way. Similarly, Alex Garland's Ex Machina, released this year, explores deep philosophical notions of consciousness along with a disturbing critique of our interconnected age. The film’s visuals are insightful for sure, but not sufficient to account for its critical acclaim.

Although the genre has always had its die-hard fans, it has struggled to be taken seriously by the rest of the masses. The BFI’s ‘Days of Fear and Wonder’ season (held late last year) appeared to establish it as a genre worthy of thought and discussion, though many would still find it hard to see, for instance, Flash Gordon in any kind of serious light. Yet the return of the highly lauded 2001: A Space Odyssey to the silver screen sparked great excitement late last year, and the soon to be re-released Blade Runner will undoubtedly meet with similar fervour.

Whether this sci fi renaissance is here to stay or merely a flash in the pan, only time will tell. Perhaps the true test will come when Star Wars hits our screens later this year, but either way, if the wave has meant that in the last few years cinemas have been graced with the likes of Under the Skin, Interstellar and Ex Machina, then the resurgence of Science Fiction can be no bad thing. 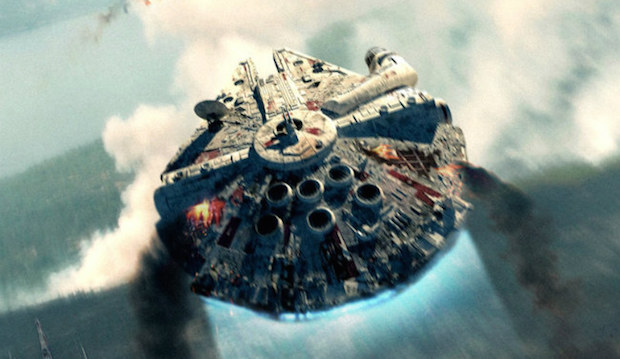 Star Wars enthusiasts have, on the whole, been comforted by the news that director J. J. Abrams will be the man at the helm of the first of the third trilogy, with, George Lucas himself taking on a role in the production. In other starring roles will be John Boyega (Attack The Block), Daisy Ridely (Life Saver), Adam Driver (Girls) and Oscar Isaac (Inside Llewyn Davis), and actors from the previous films such as Harrison Ford and Mark Hamill will be reprising their original roles. Although the release date has recently been pushed back to December 2015, expect talk of Star Wars: Episode VII (full title yet to be announced) to dominate the film calendar of next year. Star Wars Episode VII: The Force Awakens UK release date 18th December 2015. 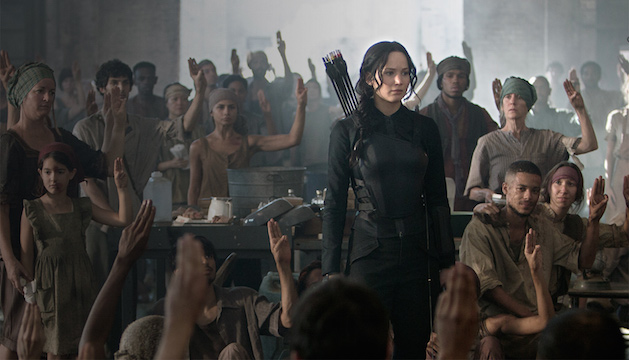 As colossal Young Adult franchises go, The Hunger Games is reassuringly edifying. Instead of a teenage sulk-puss enslaved by a pretty-boy vampire, our heroine is a warrior and anti-capitalist revolutionary. With a normal BMI and a tendency to kick ass much more decisively than her male counterpart, Katniss is a perfect modern role model and Jennifer Lawrence’s performance has always been a primary strength of the franchise. Hollywood came knocking after her portrayal of Katniss – tough yet vulnerable, a fighter and a lover – proved she could act like the best of ‘em – and has since won an Oscar. This second half of the Mockingjay sequel sees wonderfully sinister Donald Sutherland and the late Philip Seymour Hoffman joined by Julianne Moore and Natalie Dormer in a strong supporting cast. Hunger Games: Mockingly Part 2 UK release date 20th November 2015. 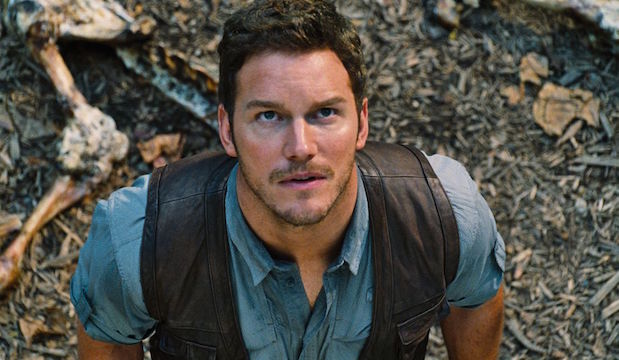 This latest in Stephen Spielberg's dinosaur franchise is the anticipated upcoming release of Jurassic World. Produced by Spielberg for Universal, the new film will be directed by Colin Trevorrow – who has just revealed that the three key characters from original franchise will not be returning to the Jurassic fold. Jeff Goldblum, Laura Dern and Sam Neill won't be making an appearance in the fourth film, but with Chris Pratt and Bryce Dallas Howard on board perhaps this will be a much needed revamp. Jurassic World UK release date 12th June 2015.
Mad Max: Fury Road 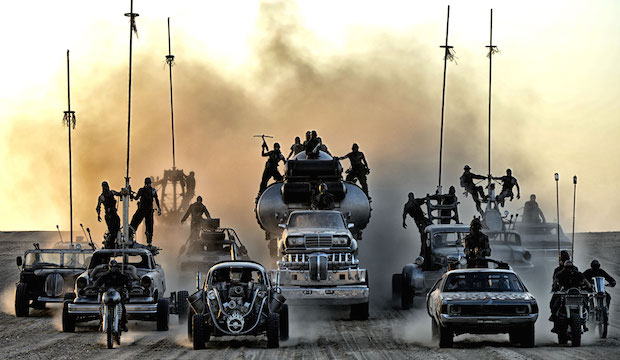 One of the longest anticipated sequels of all time. Mad Max fans are finally being treated to what director George Miller is now referring to as another ‘renaissance’ – of the franchise. A dystopian vision of the future where humans live in a lawless, war torn desert: as the world runs out of fuel, those who hold the last remaining dregs of oil hold the power. With Tom Hardy to replace Mel Gibson as Max himself, the fourth Mad Max will have a youthful, invigorated feel whilst retaining all the anarchic thrill of its predecessors. Mad Max UK release date 15th May 2015. 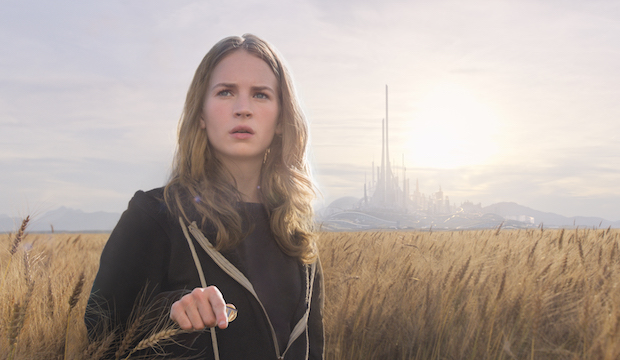 Co-written by Damon Lindelof, the writer behind Ridley Scott’s 2013 hit Prometheus as well as the highly anticipated forthcoming sequel Star Trek into Darkness, Tomorrowland's plot details are sparse, but the story is reported to follow a scientifically curious teen who embarks on a mission with a former boy-genius inventor to ’unearth the secrets of a place somewhere in time and space that exists in their collective memory.’ Tomorrowland UK release date 22nd May.