INTERVIEW: Charlie Lyne, director of 'Beyond Clueless', talks to Culture Whisper's India Halstead about '90s teen movies and life in the capital. 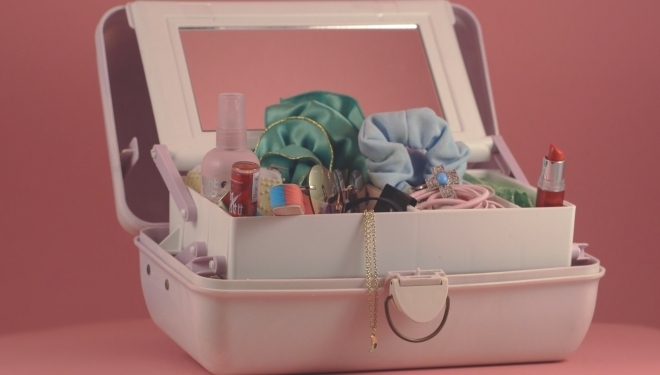 Interview with director Charlie Lyne: My London Cultural Life
Charlie Lyne is a force to be reckoned with. Journalist turned filmmaker, the twenty-three year old already has a lot under his belt. Guardian columnist and founder of cult movie blog Ultra Culture, Lyne has built himself quite a name in the journalistic circles, but his passion has always been for the dizzy, hypnotic world of the american teen movie, and his debut feature – funded entirely by a Kickstarter project – reflects just that. 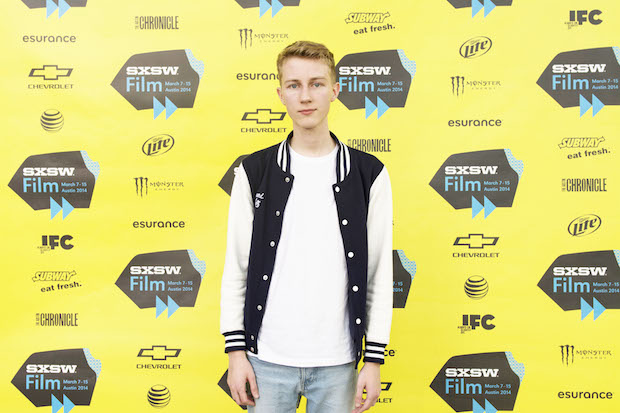 Lyne’s documentary Beyond Clueless contains no original footage, but is made entirely of clips of teen movies, along with original soundtrack by pop duo Summer Camp and narration by Fairuza Balk (star of a number of '90s teen classics including The Craft and Almost Famous).

The film is part visual thesis, part nostalgic exploration of the films that shaped his childhood, and as a result it has drawn distinctly different crowds – from those interested in it for academic reasons to those who ‘came to it’ as he says, ‘for the nostalgia’.

But so far the film seems to have played both sides of the fence: ‘there are so many people who come because, like myself, they totally love these movies, who then end up getting very interested in the critique of them. That’s always been one of the things I think teen movies are really good at: having base pleasures, seeming simplistic on the surface but actually with an incredible amount of layering to them, and actually being worthy of this analysis.’

His choice of films (of which there were 300) is eclectic and inclusive – everything from classic rom-coms (She's All That) to gore and horror (I Know What You Did Last Summer) made an appearance, the only consensus in the selection process being that the films should have been specifically targeted at teen audiences between the years of 1995 and 2004 – and it's surprising just how many there are, a phenomenon that Lyne explores at length in his thoughtfully written script.

Lyne breaks his film down into five distinct chapters of 'high-school experience'. Working with this amount of material means it must be a challenge to mould anything into a distinct pattern, but as the film goes on, his world – the world of the high-school teen – seems a surprisingly cohesive one. ‘We were trying not to be too firm about it…but we knew we wanted it to follow the narrative of a teen movie, starting at the beginning of school and going up to graduation.’

And then, he says, ‘As I started immersing myself in all these films, out came all this detail that I would never have been able to guess in advance…so, when for example, all the teenagers meet in the swimming pool’ – one chapter features an electrifying montage of ‘midnight seductions’ in school swimming pools, of which there are, literally, hundreds – ‘I probably could have remembered one, maybe two movies where that happens, but I wasn’t expecting that to be the most universal trope.’ 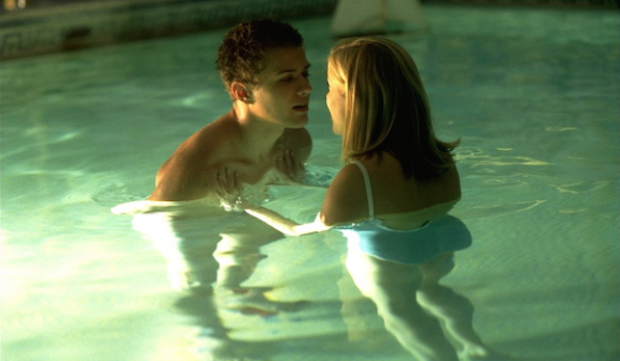 Lyne deliberately avoids discussions of whether a film is objectively ‘good’ or ‘bad’. The second that you’re seduced by that world, ‘the fact that ‘Clueless’ might be a better written movie than ‘Slap Her, She’s French’ just seems irrelevant, and what was fascinating about both of them were the elements where they strayed from the patterns of the genre, or the elements where they conformed to them.’

Instead, then, of making polarised, objective analyses Lyne found himself looking for ‘sparks of ingenuity in these movies', whether or not they were critically acclaimed or completely hated at the time. And it’s this, he says, that has been the most interesting learning curve. 'Making Beyond Clueless has changed the way I look at film.'

The ones I seem to most enjoy are the ones that hold the most memories for me, so I really love The Prince Charles, where I spent a lot of my time as a kid. Actually perhaps even more so, the ICA (Institute of Contemporary Arts) on The Mall. It feels like a really formative place for me – I used to host a lot of events there, it’s where I developed a sense of the movies that I love, especially with teen movies: that was the first place I ever screened a teen movie, I convinced 200 people to come and watch Eurotrip, which was the first time it had ever been screened since its release…perhaps unsurprisingly!

Beyond Clueless is also playing there from Friday for a week, which is very exciting. We’ll be having a big party there after the screening.

It’s boring to say another cinema, but the one that immediately comes to mind is The Ritzy, just because that’s where I watched pretty much every film that I saw between the ages of 0 and 10. I remember Saturday morning cartoons being a very regular fixture there. And that’s where I’m now going back to, to show the film, which I think will be even more bizarre perhaps because my memories of it are so firmly fixed with me being three feet tall.

I live in Archway, and I’m still desperately searching for my place. I like Big Red’s bar on Holloway Road. And I like Archway Park, it’s got the longest slide in Islington, which is quite an inglorious claim to fame!

This is seasonal, obviously, but the Archway Christmas Tree is the most depressing London landmark that I think could possibly exist. It’s a brilliant attempt at festiveness, that’s completely undermined by the fact that it’s surrounded by six metal gates and some safety warning signs.

I think we should definitely make ‘most depressing London landmark’ one of our standard interview questions. Best-loved walk or view?

I ran the marathon last year, and I used to run along the towpath from Putney to Mortlake, beyond Cheam. I always used to get lost there. It’s definitely on the boundaries of what is and is not London…I don’t know if there’s much going on there!

Best meal you’ve ever had in London?

I’ve lived here for 23 years, so it’s quite hard to call the best time mind. But in terms of comfort food, any time my flatmates and I would wake up on a Sunday morning feeling slightly the worse for wear, there is this specific pub in Highgate we used to go to. It’s stupidly expensive but does make me feel very warm. I think it’s called the The Red Lion and Sun. That’s increased my mood many times, so I’ll go with that.

There’s a bar by Tufnell Park station that’s quite nice. I think it’s called Aces and Eights and they’ve got a nice little comedy club in the basement that’s a marginally nicer place to spend your time than most of the places in Tufnell Park.

I remember one very specific time where I was allowed out onto ICA staff balcony, which is on the fifth floor, overlooking The Mall, and so the view from there – on this completely deserted little bit of roof terrace – is absolutely unbelievable. My proximity to the ICA probably helped as well, I felt incredibly nostalgic and ‘London patriotic’ for once.

There’s my favourite pub in Central London – it’s a Sam Smith’s that’s completely off the map it seems, but somehow – I feel bad even mentioning this because I’m terrified it will change – but somehow even on a Friday night, just round the corner from Soho, you can get a seat in this incredible pub. It’s called the Dover Castle, on Weymouth Mews – it’s also one of the few places where you can still properly sit outside, as it’s on a very residential street.

Weirdly not in London, for once – I’m touring with the film al month – I am normally the worst person at leaving London because I’m just so completely at home here, but I think from now until the end of January I’ve only got one day in London so I’ll have to make sure soak up all the atmosphere! So, when I’m home, I’ll be seen in the pound shop on Junction Road by Archway station, buying party supplies for our ICA screening that night.

Adam Buxton, who did the Q&A with me at our preview last week, pretty much got me through my teen years – I took a lot of influence from him, everything he’s ever done, really. And so being up on stage next to him while watching, and talking about, this film that contained memories of my teen years did seem like a mad instance of everything coming full-circle. It was really lucky: we premiered the film at South by Southwest last year, and he was there as well, doing his stand-up show. I bumped into him in the lobby and got talking a bit about the film, and he very generously offered to do Q&A if the timing ever worked out. This whole experience has been pretty surreal.

Charlie's film Beyond Clueless hits UK screens this weekend. Catch the screening and after-party at the ICA on Friday 23rd January.