FROM OUR PREVIEWS: Films exploring the passion, grime, experimentation and confusion of being a teenager create a heart-thumping mix in the BFI Southbank's Teenage Kicks series. 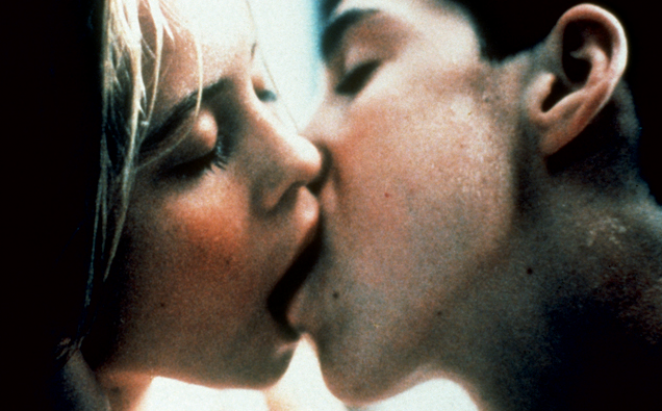 Teenage Kicks: Films about youth
FROM OUR PREVIEWS: Films exploring the passion, grime, experimentation and confusion of being a teenager create a heart-thumping mix in the BFI Southbank's Teenage Kicks series.
August 2014 sees the BFI present Teenage Kicks: a season of films focusing on the excitement and discovery of being a teenager. This season follows on nicely from the BFI’s recent exploration of James Dean’s films last Spring, which featured screenings of his classic Rebel Without A Cause- often considered the original ‘teen’ movie and the archetype for the entire genre since its release in 1955.
From 1-17 August the passions, regrets and successes of teenage experimentation are explored through a selection of some of the most iconic films that have defined this formative period on the big screen since the 1950s.
Teenage Kicks’ lineup is a roll call of some of the most treasured (Fast Times at Ridgemont High), and, at times, shocking (Larry Clark’s Kids, Thirteen) cinematic documents of that most ineffable time of life.
The season kicks off with a discussion about the impact of the greatest films in the genre and the characters found within them from a panel of experts and super fans entitled We Could Be Heroes.
Also being screened is Beyond Clueless, film critic Charlie Lyne’s experimental documentary exploring the world so frequently inhabited by these films: clique-laden American high schools, cheerleaders, sneakers and prom dresses abound in a time-warp somewhere between 1955 and 1979.
A selection of the classics on offer:
Kids
Subversive, disturbing and a cult portrayal of ‘90s teen culture. Director Larry Clark hired a young Harmony Korine to write the film, which became the launchpad for a controversial career exploring marginalised teenagers in urban wastelands. Korine's 2013 film Spring Breakers is the 21st Century analogue to this 1995 work, doing for messed-up Floridian college girls what 'Kids' did for strung out New York teens, but with seizure-inducing dub-step in the place of lo-fi 90s indie.
Carrie
Brian De Palma’s adaptation of Stephen King’s novel features a shy, awkward girl who is bullied in high school, but gets revenge with her nascent telekinetic powers. A twisted horror-fantasy taking teenage alienation and angst to deadly extremes.
Heathers
Featuring youthful turns from Christian Slater and Winona Ryder, this independent film was a box office failure when it was released, but has since become a cult favourite. Its darkly satirical portrayal of teenage life sees Ryder’s character abandon her high school clique in favour of mass murder with her outsider boyfriend (Slater).
Fast Times at Ridgemont High
Written after director and Rolling Stone journalist Cameron Crowe went undercover at a California high school for to research a book, this comedic coming-of-age film features early performances form future Hollywood stars Sean Penn, Jennifer Jason Leigh, Forest Whitaker and Nicolas Cage. Its raucous portrayal of rebellious and promiscuous teenagers has cemented its status as an iconic teen film.
Friday 1 August to Sunday 17 August 2014
Want to read more? Members enjoy full access to all Culture Whisper's arts previews, exclusives and features. Click here to take our cultural quiz and get a month's free trial.