EDITOR'S PICK: In this exhibition of war photography, Tate Modern show how photographers look back on the horror of conflict, whether over a distance of days or decades. 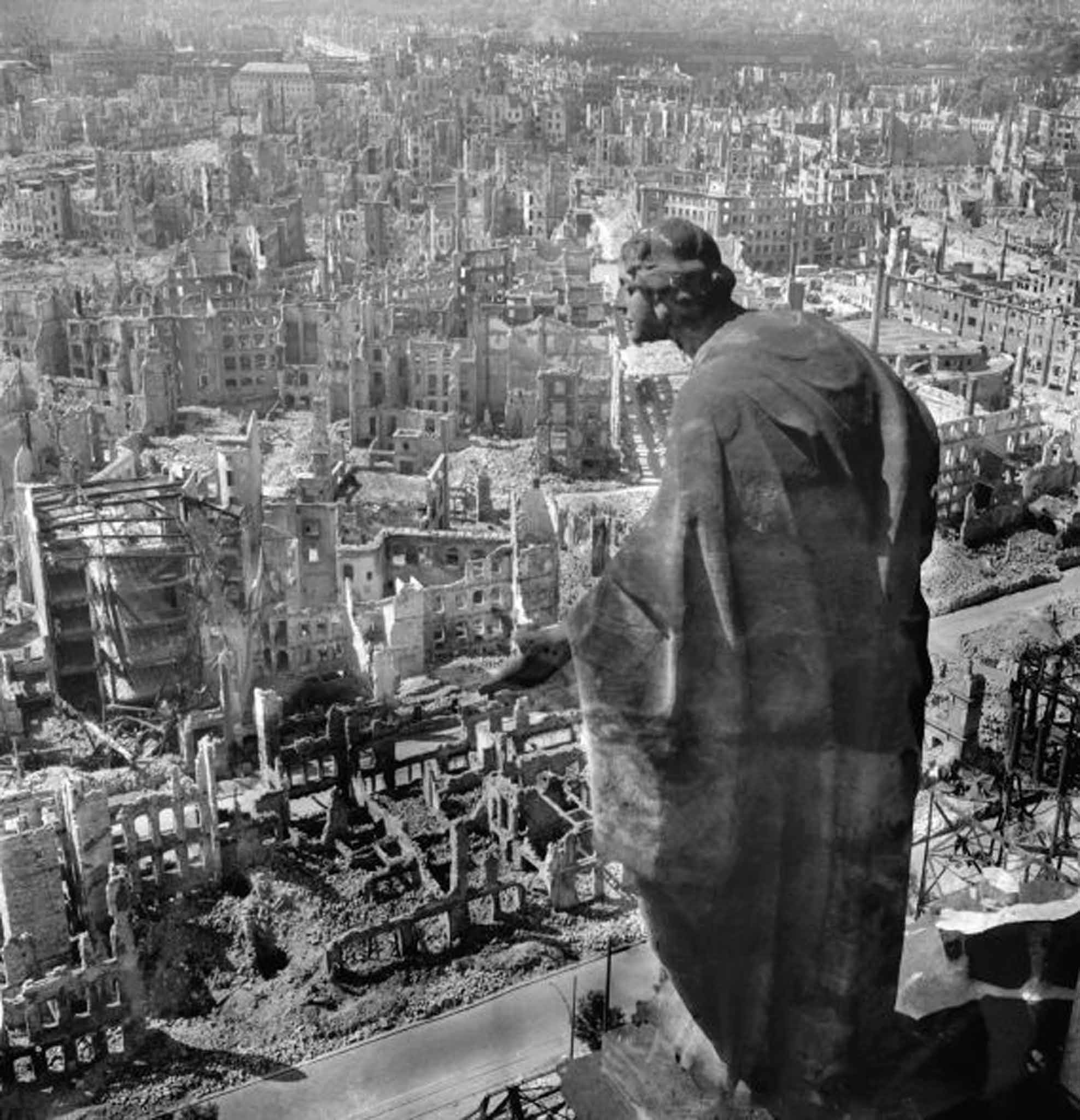 Richard Peter: Dresden After Allied Raids, 1945 World War II
nflict photography is difficult to get right. A great picture is not mawkish or hysterical; rather a flat document, expressing the reality of war, however unbearable. Its purpose is not to shock, but to inform.

In her book Regarding the Pain of Others, writer, filmmaker and political activist Susan Sontag explains:

“Look, the photographs say, this is what it's like. This is what war does. And that, that is what it does, too. War tears, rends. War rips open, eviscerates”.

The pictures call the viewer to action, even if that action is just to sympathise. Fundamentally, conflict photography is a force against indifference.

Conflict, Time, Photography, currently at the Tate Modern, collects the work of photographers looking back at war, whether over a distance of seconds, or decades. This curatorial conceit, as well as avoiding too much carnage, prevents the show from becoming an archival, Imperial War Museum taxonomy.

The emphasis on aftermath means that there is a stillness to these images, heavy with the memory of brutality.

Roger Fenton's image of the Crimean War, despite claims it was staged, communicates the effect of conflict on landscape. At first glance, the scattered objects are boulders. It is with a jolt of the unheimlich that we realise they are cannonballs.

During the Crimean war, Roger Fenton took two photographs of a ravine within range of the Russian fortifications at Sevastopol that was subject to intensive cannon-fire. Some scholars claim Fenton added the cannon balls in this photograph to increase the sense of danger. In the other photograph, the cannon balls are no longer on the track. Scholars suggest either that the road was cleared to allow for the passage of Fenton’s mule-drawn dark room, or that the cannon balls were ‘recycled’ by nearby British soldiers to fire back at the Russian enemy." width="620" class="gu-image responsive-img" itemprop="contentURL">
Courtesy of Victoria and Albert Museum

Don McCullin’s shell-shocked marine shows the immediate effect of war on one individual. The fact that the damage is psychological rather than physical does not make the image easier to look at.

Courtesy of the V&A

Toshio Fukada’s image of the slow bloom of atomic cloud over Hiroshima, fifteen minutes after the explosion, is uncomfortably magnificent.

Last year, photographer Chloe Dewe Mathews travelled to the site where WWI allied troops were executed for cowardice or desertion, and produced a series chillingly titled Shot at Dawn. The resulting images show a stark, cold place, where nothing seems to have happened; frozen ground, indifferent trees. This has two distinct effects. The first is to communicate the importance of remembrance. The events are 100 years old, the location unmarked. The landscape bore witness to real horror, yet the execution sites are forgotten; you could have walked past, whistling. In contextualising the scene, Dewe Mathews' photographs become a memorial.

The second, rather more discomfiting effect is to make us see this place as the soldiers saw it on the morning of their execution. Because the landscape has been left untouched, we can imagine the condemned men led here by officers at dawn. Dewe Mathews negates the intervening century and lets us feel the humanity of the moment; the fear and the cold.

Courtesy of the artst