Horst: Photographer of Style at the V&A

A definitive retrospective of fashion photographer Horst P. Horst is now open at the V&A. Ali Godwin offers an introduction. PLUS ticket competition. 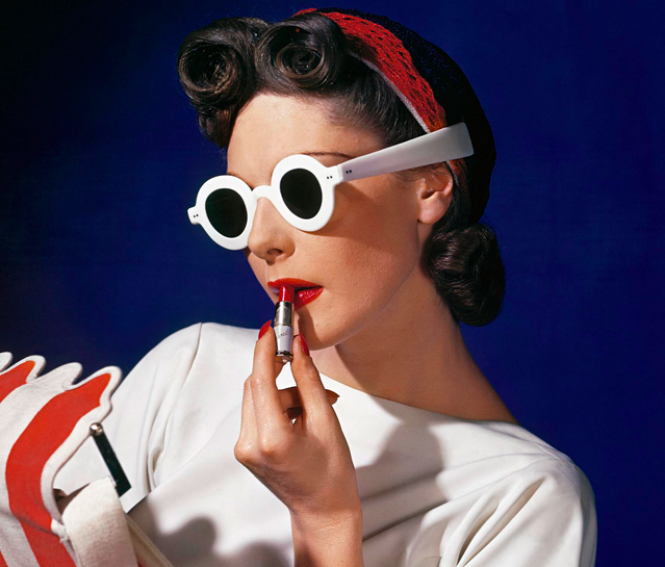 A definitive retrospective of the fashion photographer Horst P. Horst is now open at the V&A. Horst: Photographer of Style offers an expansive view on the pioneering Vogue contributor and master of elegance. See below the article for your chance to win tickets to this landmark retrospective.

Horst was a magician with light, and the contrast and shapes of his early black and white photographs and the celebrity of his models from the golden age of Hollywood is enchanting. He first met Coco Chanel, whom he described as the star of his circle of stylish friends, at a costume ball in Paris. She never paid for Horst’s prints but instead offered the young photographer pieces of furniture from her collection. Other wonderful editions include portraits of Bette Davis, the Moulin Rouge dancer Mistinguett whose legs were insured for one million French Francs, Vivien Leigh, Rita Hayworth, Ginger Rogers and Marlene Dietrich.

While Horst’s celebrated fashion images dominate with a comprehensive display of his Vogue covers (90 in total) and iconic colour photographs taken in the Condé Nast studio in New York, the lesser known genres of Horst’s work are also worth spending time over. After his military training in 1941 Horst worked for two army magazines and photographed Presidents Truman and Eisenhower. The series of abstract photographic patterns drawn from his second book ‘Patterns from Nature’ are similarly a fascinating contrast to the fashion images Horst is famed for. Look out also for Horst’s portrait of the artist Salvador Dali, marking the high-point of the photographer’s interest in surrealism. In this period Horst was fascinated by the fragmented human form, trompe l’oeil and whimsical still life images, inspired also by the painter Rene Magritte.

In 1930 at the age of twenty-four, a young Horst moved from Germany to Paris, never to look back. From there his life and career moved at lightning speed: going from studying architecture under Le Corbusier to modelling in a photography studio and ultimately to working behind the camera himself as a photographer for Vogue in New York and Paris, all in the space of a year. It was during this breakneck rise that Horst Paul Albert Bohrmann changed his name and became the smoothly-titled Horst P. Horst.

Most easily distinguished by his bold shadows and vivid silhouettes, Horst’s fashion photography kept him at the forefront of the industry for decades. Compared to his contemporaries – most notably the other principal Vogue photographers of the 1930s, Cecil Beaton and Edward Steichen – Horst’s approach to his models was increasingly ornate and sympathetically surreal. In 1996 the NY Times captured his unique position between the worlds of high art and fashion perfectly: “Horst tamed the avant-garde to serve fashion”.

In the inter-war years, there was little distinction between his private and professional lives; between his glittering subjects and beau monde social circles that he moved in. Famous acquaintances such as Cole Porter, Noel Coward and Coco Chanel brought him into a chic reality where a handsome young gentleman with an acute eye could flourish, and flourish he did. Besides a post-WWII slump, during which fashion editorials fell out of kilter with Horst’s own aesthetic, he remained at the helm of Vogue photography for sixty years.

Not one to miss, the V&A’s Horst retrospective is a blend of his most celebrated images and some less well known photographic experimentation. Ranging from sketches to the artist’s original contact sheets, the exhibition will present facets of Horst that remained marginalised during his career, alongside the portraiture and fashion photography we know and love.  Expect portraits of Hollywood stars, nudes, nature studies and even documentary pictures of the Middle East. Regardless of the subject matter, this show offers a view into the creative process of a man who knew how to capture an image with elegance and pure style.

Win a pair of tickets to see Horst: Photographer of Style at the V&A, 6 September 2014 – 4 January 2015. To be in with a chance to win, answer the following question:

Question: Which Russian Princess did Horst photograph in a red velveteen jacket for the first of his many Vogue cover pictures?

For clues:  www.vam.ac.uk/horst  Send answers, along with your address to  [email protected].  Tickets are valid anytime from 6 September 2014 - 4 January 2015* and will be sent via post.  * Tickets are not valid for the final two weekends