New advert for Chanel No.5, directed by Baz Luhrmann 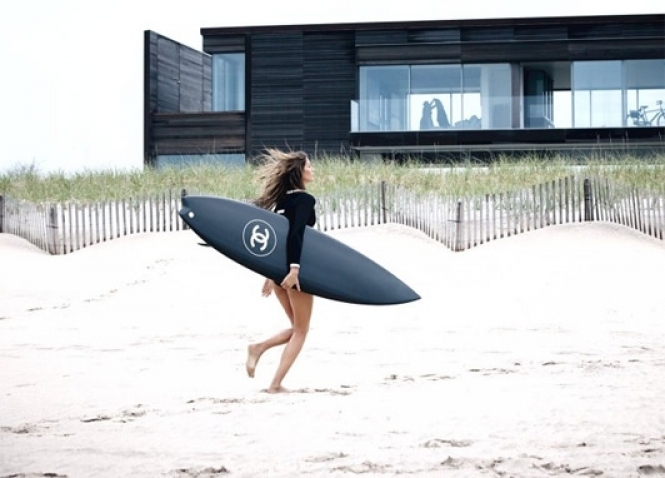 Courtesy of Chanel
The new Chanel No. 5 advert was released today. Directed by Baz Luhrmann of The Great Gatsby and Moulin Rogue fame, the film employs the classic Luhrmann mix of glamour, perfectly pitched music and breathtaking visuals.
The story is satisfyingly simple: woman doubts her marriage, undergoes a very quick existential crisis and ultimately (spoiler alert) chooses her child and husband over her career as a model. For those of you looking for an intellectual consideration of the luxury brand industry, this isn't it.

After the uncomfortable 'Inevitable' campaign featuring a wild haired Brad Pitt, it was a much welcomed return to the tried and tested method. The advert opens with Giselle - or someone that looks like her, (lucky them) - surfing atop turquoise waves in Fiji. Clearly no expense was spared as the film then roves to a gleaming white house in the Hamptons, consequently following the model across the Brooklyn Bridge and into Manhattan where she lustily embraces her husband.

Against the slow motion running, longing looks into the distance and close ups of flowing hair is a haunting cover of 'You're the One that I Want'. The song itself will garner listens long after the advert has disappeared into cyber space.
Predictably glamorous, Luhrmann executes the advert perfectly, it is unquestionably seductive and beautiful. Nevertheless it was a formula that seemed, how should I put it, inevitable.