Booker Prize 2014: everything you need to know

Joe Lloyd analyses the results, the contending novels and the trends that shape this prestigious literary prize. 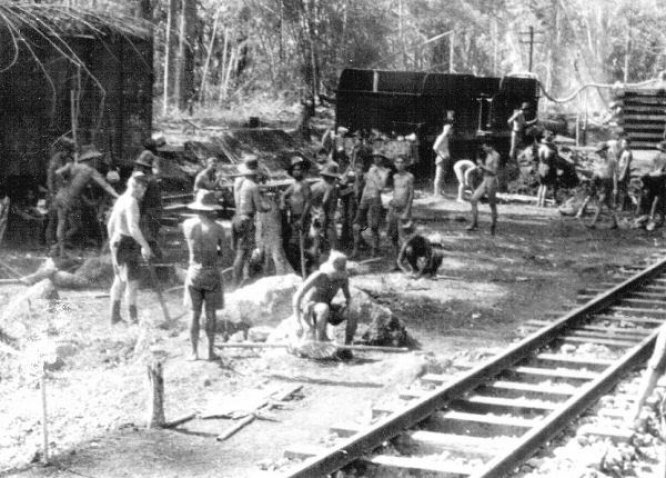 Burmese railway workers
It’s been almost three months since the longlist was announced, but the jury have finally chosen their winner. Richard Flanagan been decreed the victor. The invading American horde, so feared by British authors in the run-up to the award, has failed to crush the competition. A. C. Grayling, this year’s chair of judges, claims that his panel’s shortlist “take readers on journeys around the world … and times past, present and future.” The Narrow Road to the Deep North certainly does this, transporting the reader to Burma in the midst of the Second World War.

The popularity of literary historical novels
The Narrow Road is the paradigmatic literary historical novel. No genre has had such a hold over the Booker in recent years, claiming three of the last five winners; in 2009, the year of Mantel’s first triumph, five of the six-strong shortlist were set before 1945. Two decades ago, a string of novels set in both world wars dominated the Booker, but not since Pat Barker’s The Ghost Road in 1995 has such a novel won. In the centenary year of World War One, Flanagan’s powerful disquisition on the effects of conflict chimes with public interest.

Explore Flanagan's early work
Flanagan, regarded as one of the finest authors of his generation in Australia but little known internationally, has a solid back catalogue that should now be more widely explored. It’s perhaps uprising that he won after his recent comment that literary prizes are "barometers of bad taste" invented “to give dog shows a good name,” but this weighty tome – twelve years in the making – is one of the most emotionally potent and narratively-driven winners in recent years.

An eclectic mix of genres
The verdict could easily have gone differently. The rest of the shortlist – claimed by some the strongest in years – is an eclectic mix. Three-time nominee Ali Smith’s There To Be Both twins a historical and modern narrative, while 2010 winner Howard Jacobson’s J is a dystopian exploration of knowledge. In The Lives of Others, Neil Muhkerjee tracks social change in late 20th century India. And the first pair of Americans to be shortlisted in the history of the prize, Joshua Ferris and Karen Joy Fowler, respectively offer a comic theological thriller and the page-turning tale of a very unique family.

Analysing the trends of Booker winners

Oxbridge-educated males
By looking back into the prize’s history, however, one can perceive trends – trends that, startlingly, much of this year’s shortlist can be slotted into.
Last year, The Guardian produced a statistical analysis of the Booker. They concluded that the average winner was a 350-page book written by a 49-year old British man with an Oxbridge education. Following this methodology, then, Jacobson – as a Cambridge-educated British man whose novel has a short title and 336-page count – seemed the sure favourite. But Jacobson won four years ago. When J. M. Coetzee and Peter Carey received their second prize, over a decade had passed since their first honour. Hilary Mantel broke precedent by triumphing in 2009 and 2012, but Jacobson’s novels aren’t nearly so universally loved as Mantel’s. If he had won with a pair of successive titles, the prize would have looked like an insider’s club. And with Mantel’s The Mirror and the Light a sure contender for the first ever triple-win next year, a double-win this year looks improbable.

Post-colonial novels
The post-colonial novel has a strong record amongst the prize’s winners, and Neel Mukherjee’s The Lives of Others fits neatly into this tradition, with its seriousness, social realism, concerns with Indian society and elements of the family saga. Nothing remotely alike has won since Aravind Adiga’s The White Tiger in 2008, and this week it became the bookie’s ultimate favourite. In a year in which English writers were terrified of their prize being usurped by Americans, even Mukherjee’s nationality as an Indian-born long-time resident of England seemed a ground for success. The only thing standing in Mukherjee’s way was the weight of expectation. The likes of Midnight’s Children and The God of Small Things have become amongst the most iconic Booker novels, and V. S. Naipaul and J. M. Coetzee the most canonized winning authors. To implicitly place a younger writer alongside them is a bold move. A Mukherjee victory would not have been surprising, but nor could it have been predicted.

Comic novels
Joshua Ferris’ To Rise Again At A Decent Hour belongs to a genre that has had very limited success in the prize’s history – the comic novel. When Howard Jacobson’s Finkler Question won, it was the first since DBC Pierre’s Vernon God Little in 2003, itself the first since Kingsley Amis’ The Old Devils in 1986. Although Ferris engages with religion and identity, reviewers have saved their praise for his comedic deftness and, with Duncan White in The Telegraph, noted Ferris’ trouble in “reconciling the gags with the gravitas.” A Ferris win would have been a shock, although judge Sarah Churchwell’s ecstatic praise – ‘At last this is the book I’ve been waiting for” – suggests that he had a part in the final discussions.

The Populist choice
Then there’s the ‘populist’ choice, the one that you’ll see being read on the tube. It might, like Emma Donoghue’s Joseph Fritzl-inspired Room, engage with current affairs. Or it may have a sensational twist, like Kazuo Ishiguro’s Never Let Me Go or Ian McEwan’s Atonement. Karen Joy Fowler’s We Are All Completely Beside Ourselves hinges on such a moment. Waterstones online editor Dan Lewis notes that it “has proved a hit with our Booksellers and customers”, and is “a highly readable answer to any accusations of stuffiness or impenetrability.” Such books seldom win – just look at The Luminaries, lengthy, arcane, meticulously researched – but for Fowler it probably won’t matter. The nomination should be more than enough to secure We Are All Completely Beside Ourselves a sizable readership – indeed, the Daily Telegraph has reported that it sold already three times as many copies as the remainder of the shortlist combined. It’s also the only title on the list not published by Random Penguin, so in a sense it was outnumbered five to one.

Experimental genre-busting
Ali Smith’s How To Be Both was easily the hardest novel of the six to categorise. Smith’s career is on the upswing - Artful (2012) and Shire (2013), Smith’s recent hybrids of non-fiction, memoir and short story collections, have attracted career-best acclaim, a trend that How To Be Both has continued. Like many recent winners, including Julian Barnes, John Banville and Alan Hollinghurst, she was a previous nominee with a raft of other awards. And, by fusing accessible prose with an experimental bent, a Smith win could have put paid to the idea that the Booker only favours conventional realist novels. How To Be Both even has elements of the historical novel, that Booker perennial. Perhaps Smiths’ loss was the result of How To Be Both being just too perfect a fit.

The future for Flanagan
But what now for Flanagan and The Narrow Road to the Deep North? Victory isn’t always the boon it appears. Those awarded early in their career can face inflated expectations for their future works. And if the prize novel doesn’t chime with its enhanced public – too obscure, perhaps, or too experimental – its author’s subsequent books might find it impossible to capture more than a fraction of their audience. After Life of Pi took the prize in 2002, its author Yann Martel seemed primed for glory. Yet his follow-up, Beatrice and Virgil, was widely panned. While Martel can take solace in Pi’s staggering sales and recent blockbuster adaptation, others aren’t so lucky. In 2003, the judges heralded DBC Pierre’s debut Vernon God Little as a masterpiece, but neither of his subsequent volumes have made any sort of splash.
Runners-up, on the other hand, receive increased publicity without any of these burdensome expectations. Beryl Bainbridge, who was nominated five times without a win, remains incredibly popular, with newspapers continuing to pour over her private life and an exhibition of her artwork currently on display at Somerset House. Many of the commonwealth’s most vaunted post-war writers – Alasdair Gray, Angela Carter, John Fowles – never made the shortlist.

Whatever the ultimate outcome for their career, however, Richard Flanagan won £50,000, a flurry of press attention and a place in Christmas stockings the country over. He has finally, with his six novels, broken out of his local Australian market. Everyone else on the shortlist will be allowed to promote their future works with ‘Booker nominated,’ and become favourites for winning the country’s other literary awards. Together, in a time when everyone is jostling to prove the novel’s dead, the variety in these six books and the vitality of the Booker race has helped to prove that fiction is very much still alive.