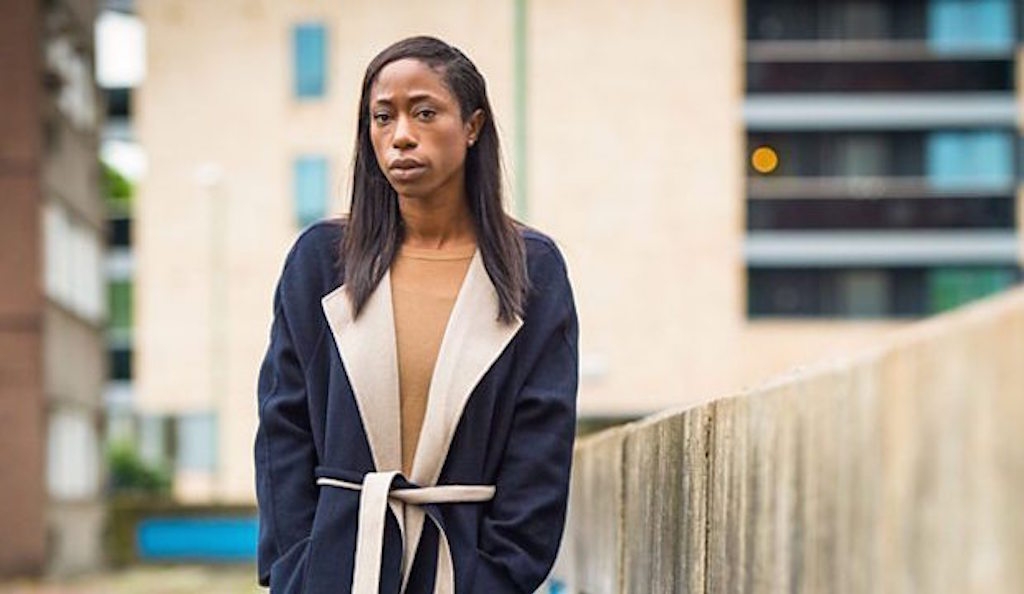 'There's an image system at work in the world. To behave in accordance with these images, bores us. To deviate from them fills us with anxiety. So we wait for an experience brutal enough to brake it open completely. I had to break it.'

Zadie Smith's 2015 novel NW (which takes its title from the NW postcode area in North-West London) has been adapted into a traumatising 90 minute drama on BBC 2.

The British writer and the Orange Prize winner who has has been documenting the impact of race, sex and class on Britain since she wrote White Teeth in her final year as an undergraduate at Cambridge. Just like the book, BBC's adaptation of NW, although not perfect, is an emotionally powerful mirror on 21st Century London. Although the four narrative structures of the book centred around two women and two men, the BBC tightens its on the two women Leah (Phoebe Fox) and Natalie (Nikki Asuka-Bird). The two boys and their stories are still there, but appear as jarring plot deviations offering only the most violent and frightening scenes.

Leah and Natalie are childhood friends trying to make lives for themselves outside of Caldwell, the working-class estate where they grew up. Natalie changes her name when she becomes a Cambridge educated barrister and escapes the poverty of her childhood. Now married with two children in a large Victorian house, shares the spoils of her successful career with friends each weekend, at a dinner party.

Where Natalie's ambitions were fired-up by the surrounding childhood depravity of drugs, gang warfare and domestic abuse, her oldest childhood friend Leah is compelled to offer help to those less fortunate. The help is not appreciated. The world around the two women begins to crack, as each jeopardise their marriages and wellbeing in pursuit of happiness that does not fit into the box society expects of them.

Fox and Asuka-Bird are brilliant actors, who slide in and out of accents, attitudes and outfits expose the prejudices inherent in the different worlds that must be navigated if they want to thrive within them. The brilliant, horrible, honest gaze of Zadie Smith translates well into 90 minutes, although only one moment of levity is offered us -- a scene in which a very niece, foppish rich white boy tries to sell his 'father's' car to an earnest black man with some serious life experience.

Less than a week after Donald Trump got elected President of the USA, it might seems impossible to feel yet more depressed and miserable about our world. NW will help you with that.