Beat the crowds in beautiful churches across the capital, with London's best free carol services and Evensongs this Christmas 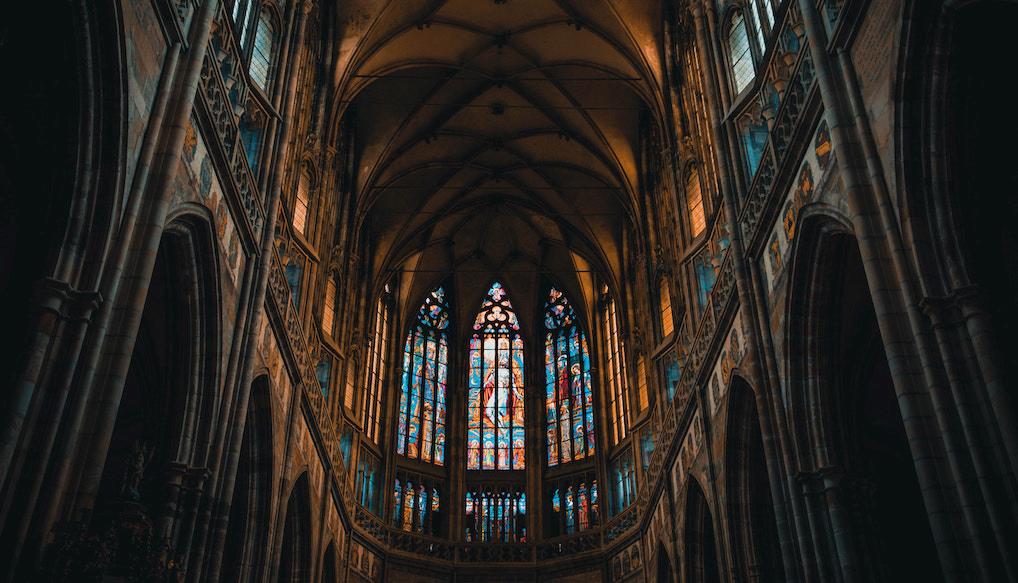 Evensongs in London
While there are plenty of carol services to book in London, it can be just as festive (and far less crowded) to join in on a church Evensong service in the run up to Christmas. The free services are held after dark, crammed with exquisite choral music, candles and incense. We've selected London's most atmospheric churches for this archaic ritual, which are also holding carol services and midnight masses over the Christmas period. 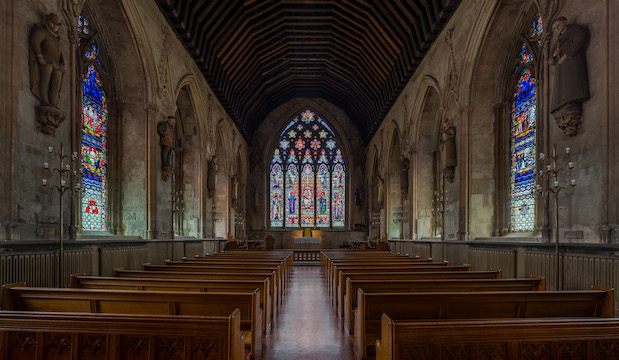 Tucked away in Holborn is a forgotten medieval gem. St Etheldreda's is the oldest Catholic church in England, initially part of the Bishop of Ely’s palace in 1250. The palace is long gone but the chapel survives, a forgotten relic of London's medieval past. The experience of entering its gabled halls and narrow stone corridors is a true throw-back in time. Head there at 11am on Sundays for an authentic Latin mass, with lashings of bells and incense.

Evensong at 6pm on the first Friday of the month.

If you would like to visit Henry VIII's magnificent palace at Hampton Court for free, here's your way in. The Baroque décor makes this chapel one of the finest in the capital. Take the opportunity to see the magnificent Mantegna Murals while you're there!

Evensong at 3.30pm on Sundays. 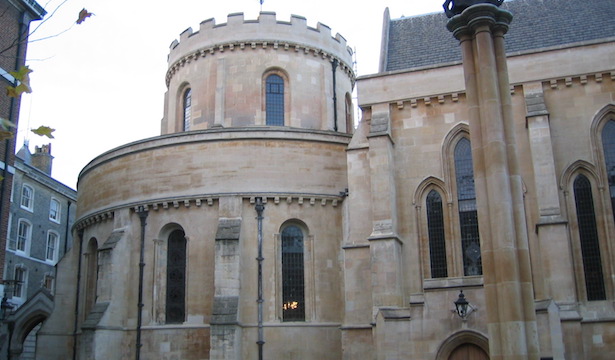 Surrounded by the quiet oasis of Inner Temple lies The Temple Church, made famous in the Da Vinci code for its origins as a church of the Knight’s Templar. Go for fantastic music from their world-class choir (about to tour America) and inspiring lectures from some of the best sages in the country.

Evensong at 5.30pm on Wednesdays.

Right next door to Highgate Cemetery, this granite monolith is a homage to the Victorian obsession with all things ecclesiastical. Take a trip to visit Romantic poet Samuel Taylor Coleridge, who is buried in a side aisle.

Evensong every third Sunday of the month at 6.30pm. 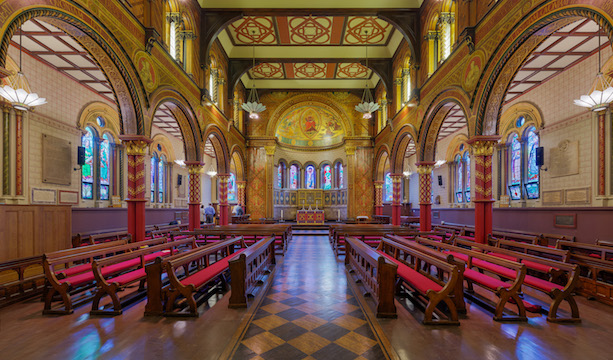 King's College Chapel is slightly less well known than its Cambridge counterpart, but every bit as characterful. A succulent confection of Victorian design, adorned with gold leaf which shines in the candlelit compline which happens once a month at sunset. Seats for the Carol service on the 11th December fill up quickly, so arrive well ahead of time.

Evensong at 5.30pm on Tuesdays.

Although principally the haunt of the Royal family, the palace’s chapel is also open to the public. The chapel’s choir, clad in its distinctive red livery, is one of the oldest institutions in the country, the incubator for such musical giants as Handel and Henry Purcell. Services are highly irregular, but catching a glimpse of the Queen (who pays the occasional visit) means it is one to look out for. 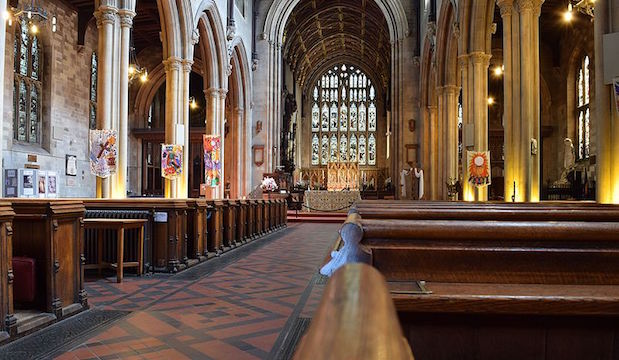 Once upon a time Croydon was a little village miles out of London. The Archbishop of Canterbury decided it was a good place for a country retreat, and his palace still stands beside the Minster today. A visit to the vast space of this ancient church is to follow in the footsteps of other famous visitors, like Henry VIII and Elizabeth I. 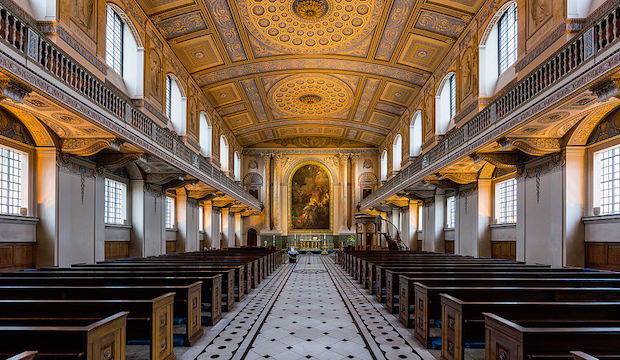 Once used by recovering and retired sailors, this 18th century masterpiece of neoclassicism is now open to all. Celebrate Advent in style, then climb up the hill to Greenwich Observatory for a fantastic panorama of the city.

Evensong at 5.30pm on Mondays. 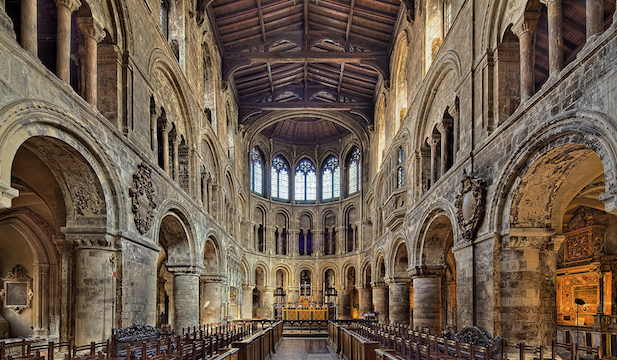 It may look unassuming from the outside, but don't be fooled. St Bartholomew the Great is a spectacular relic of the Norman period, London's first parish church, built way back in 1123. Dimly lit, with the sound of choral music ringing through the air, these ancient surroundings make the buzz of the 21st century fade away. Be sure to arrive well ahead of time for their free carol service on the 23rd December, and treat yourself to a free mulled wine and a mince pie.

This is just the tip of the iceberg. If you want to find services closer to you, this website is a nifty little collation of places. Happy hunting!