With the La La Land release date approaching, it's time to get in the mood and let Emma Stone and Ryan Gosling sing away the winter blues 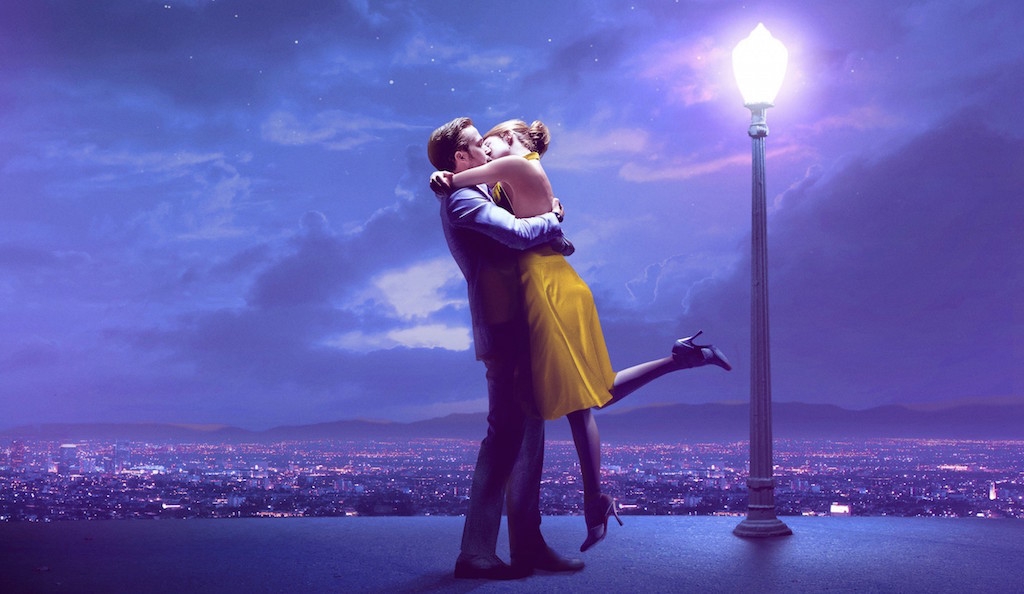 Yes, we know you haven't seen it yet, but we have, and look: we were confident enough to place it between 'Wine' and 'Chocolate' on our list of wonderful things. Following the romance and fortunes of musician Sebastian (Ryan Gosling) and actress Mia (Emma Stone), director Damien Chazelle's LA-set musical is exactly what the doctor ordered.

It's arrived just in the nick of time


La La Land is a beautiful, happy thing, and its timing is perfect.

No, not because we're all suffering severe endorphin depletion after NYE. Not because 2016 has set the bar high for awfulness and there's no logical reason the world will improve just because we popped some Prosecco corks and bought a new calendar. Not even because the weather makes us feel like we're wading through cold bin-juice and La La Land is a hot bath for the soul.

Ok, those things a bit. But mainly La La Land comes just at the right moment because there hasn't been a properly good musical for an indecent amount of time. Grease has lost its shine after too many ironic sing-alongs, and there's only so many times you can watch Disney's output as an adult.

La La Land is sincere and savvy, bittersweet and just plain sweet, a sophisticated movie with its sense of wonder intact, and one that understands that even tax-paying insurance-buying adults need something good to sing in the shower.

The songs are genuinely good

It's not easy, without going into dense neuro-acoustical theory, to explain why some films' musical numbers are more successful than others', although the proof of this success (incessant humming) is as undeniable as proof of failure (instant amnesia). For every great Do Re Mi and On The Street Where You Live, there's a rubbish... um... well, our point exactly.

But from the buoyancy of Another Day of Sun and the stomping synth-ballad Start A Fire to the wistful crooning of City of Stars and Audition (The Fools Who Dream), La La Land delivers the goods where it matters most. These are tunes that you'll actually want to listen to on your commute, and we can't give higher praise than that.

It's super witty in an understated way, without ever being snarky


Just watch the clip. J. K. Simmons, keep being you.
Ryan Gosling and Emma Stone are the real deal

Don't worry – if you felt a bit uncomfortable watching the recent sci-fi romcom Passengers, you weren't alone. We also had a creeping case of the heebie jeebies throughout, jeebies that couldn't be entirely explained by Chris Pratt's interstellar stalking or Michael Sheen's vacant androidal grin. No, the really uncanny thing about Passengers was the undeniable fact that Chris Pratt and Jennifer Lawrence look like they're related.

This is only one of many recent failures to get a good romantic couple up onscreen. A United Kingdom, Snowden, American Pastoral... the leads had less spark than two hostages duct-taped together in a basement. Even Brad Pitt and Marion Cotillard, in Allied, seemed like they'd been performing in separate studios. It's enough to make a modern-day romantic despair.

Thank the screwball-comedy gods, then, that Gosling and Stone understand that chemistry has as much to do with liking someone (or disliking them) as it does with loving them. Plus it helps that the characters are charismatic, flawed, and attractive as they need to be.

Ryan Gosling is the lead singer in a band that's really, really good

If you haven't heard of Dead Man's Bones, that's probably because they've only released one album (back in 2009), and because you have enough taste to dismiss a movie star's vanity project involving prolific use of a children's choir. But their self-titled debut is a catchy, culty delight.

Most importantly, it proved that Gosling can not only sing with the kind of melancholy longing that's ideal for La La Land, but that he can do so from the perspective of a lovesick zombie. Which, who knows, might be ideal for the sequel.