Wonder Woman hits cinemas this week, and we ask: will it be a step forward or a lost opportunity? 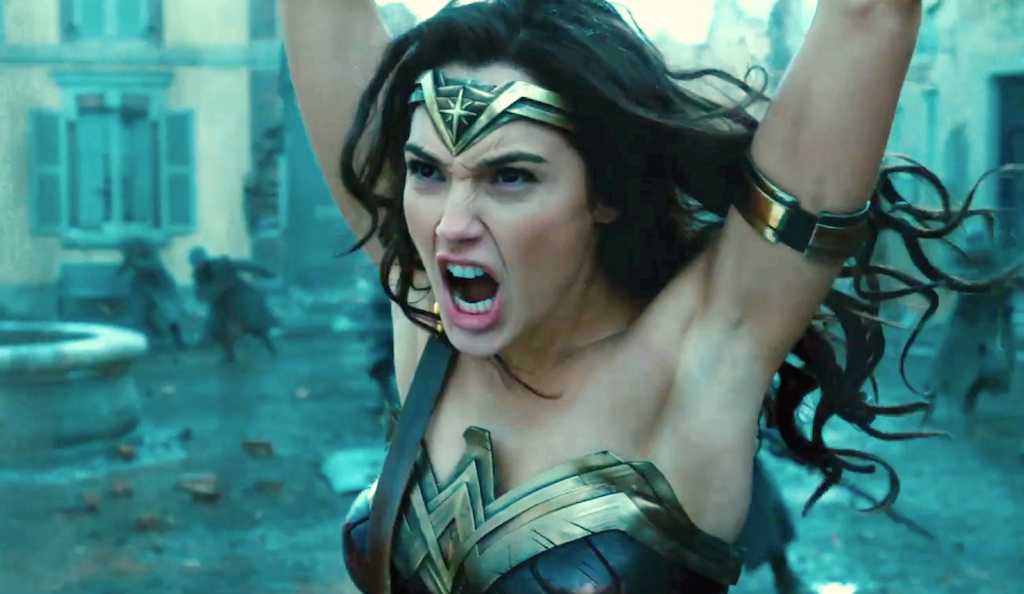 Gal Gadot – Wonder Woman
There’s a pretty simple litmus test for equality in the superhero universe. It’s an incredibly obvious one, but it’s always worth reminding yourself how things stand.

TRY CULTURE WHISPER
Receive free tickets & insider tips to unlock the best of London — direct to your inbox
Go ahead and Google Image search ‘male athletes’ and have a look at the results. Now do the same for ‘male superheroes’ and absorb what you see. Done? Ok, now search for ‘female athletes’, and follow that up with a search for ‘female superheroes’. See the difference?

Breasts. Massive, massive breasts are the difference. For obvious reasons, female athletes tend to have quite compact chests; female superheroes very much don’t. That’s not to say that superwomen shouldn’t have a large cup-size, but the preponderance of those that do is telling.

And that would be fine! Sexualised fantasy figures are the bedrock of popular culture. But (and yes, call us Captain Obvious) there just isn’t the same distortion ratio for male superheroes. As with their female counterparts, they resemble our most shredded and hypertrophied real-life sporty people, our beefiest jocks, but their secondary sexual characteristics aren’t so eye-poppingly enlarged; their codpieces aren’t ginormous – which they would be, if things were fair.

It’s a point that’s been made before, and in hilarious ways. We recommend checking out ‘The Hawkeye Initiative’, a Tumblr account dedicated to redrawing sexualised female superheroes as usually butch marksman Hawkeye. Seeing him squat and pout in a variety of skimpy costumes doesn’t redress anything, but it’s very funny, and very revealing (in more ways than one). 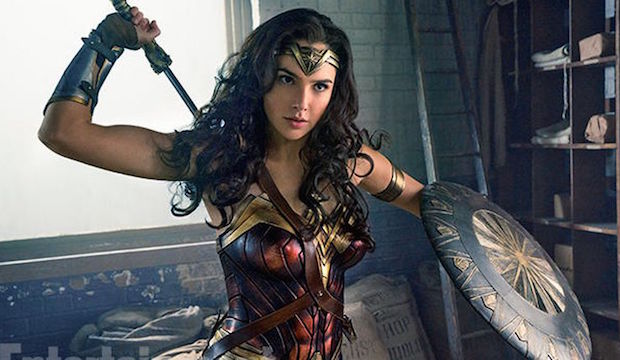 The thing is, you can create as many ‘strong female characters’ as you like, but the progressiveness is rather undermined if they’re also designed according to the male gaze.

We’re not passing judgement on Wonder Woman until we’ve seen it, and there’s every chance that director Patty Jenkins has made a blockbuster that treats its female protagonist with the respect she deserves. All we’re saying is: be sceptical. Yes, we all want this to be a feminist superhero movie, but Wonder Women was created in a more sexist era and Jenkins’ movie has a lot of work to do.

It can be done. Other fantasy/superhero films and TV series have managed it, paving the way through an otherwise male-dominated genre. Here’s hoping that Wonder Woman follows in their footsteps.

High marks for successfully integrated feminism. Star Wars is a series that had only featured two significant female characters – a desperately fey princess who gave birth and died; and her daughter, who became the third point of a love triangle and got chained up in armoured swimwear.

In introducing a female protagonist worthy of the franchise, The Force Awakens initially dealt its fans a cheeky fake-out: it looked like the character destined to become a Jedi warrior would be Finn (John Boyega), before revealing Rey (Daisy Ridley) as the chosen one.

Ridley is beautiful but never sexualised, and she never becomes embroiled in a romantic subplot. She’s resourceful, bold, and utterly indignant when someone tries to pull her along somewhere: ‘stop grabbing my hand!’

Here’s another example a male protagonist having to make room for a female one. ‘Mad’ Max Rockatansky is always going to be a part of the Mad Max franchise, being safely titular, but Tom Hardy’s grunting hero was upstaged in Fury Road by unsurpassably kickass Charlize Theron.

Imperator Furiosa (even her name is take-no-prisoners) has a no-nonsense buzzcut, superior marksmanship skills, and – very important for a Mad Max movie – is crazy good at driving. She also literally drives the plot, instigating a rescue of Immortan Joe’s wives by smuggling them out of the Citadel in a tanker. Joe gives chase, of course, but he’s no match for Theron’s one-armed heroine.

Jennifer Lawrence has created a new template for female action heroes. She manages to be emotionally vulnerable and open without being weak or dependent, and the result is a rounded, sympathetic protagonist who isn’t a sap or a sex-reward for a male character.

Katniss Everdeen is, like Wonder Woman, a warrior very much in the ‘Amazonian woman’ mould – her bow-and-arrow antics should make that clear. But because Everdeen’s costume was designed in the 2010s rather than the 1940s, she’s dressed more practically and less… well, less like a novelty rodeo clown.

Fingers crossed that Wonder Woman can turn a seven-decade-old glitzy pin-up into a righteous heroine for the 21st Century.

And one example to avoid... Suicide Squad

DC’s last movie before Wonder Woman starred Margot Robbie as former psychiatrist and supervillain Harley Quinn, and the above scene should help you understand why her treatment is objectionable. The token girl, she’s a dangerous ditz, both sexualised and naïve, and everyone watches while she changes into a skimpy outfit. DC set the bar pretty low for itself here: Wonder Woman needs to do more than just step over that bar.