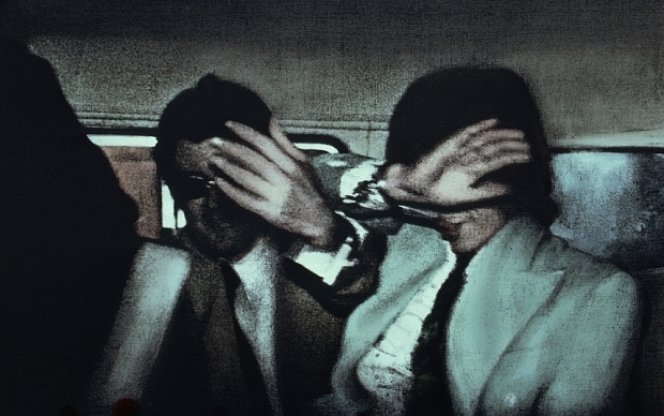 Arrested: detail from 'Swinging London 67', © Richard Hamilton, one of the most Rock n Roll moments in history
"Would you let your sister go with a Rolling Stone?"

This was the question asked by a Melody Maker headline in 1965. Across the land, the answer was a resounding no. Ah... Mick, Keith, Charlie, Brian and Bill: these pretty boys were loosening hips and unbuckling belts at the vanguard of the sexual revolution. Their dark 'n' stormy blues, androgynous eroticism and "vulgar, obstinate and hostile" behaviour was a timely, addictive cocktail. White boys singing making black music, they quickly became the biggest band in the world. Bye bye Beatles...

Half a century later and not a patch of moss in sight. To celebrate fifty years of rolling, the Stones have teamed up with the Saatchi gallery to curate Exhibitionism. This mammoth retrospective will examine the cultural phenomenon the band became. Ahead of the show, we look back the Rolling Stones' greatest Rock 'n' Roll moments:

In 1964, the burgeoning superstars left swinging London and crossed the Atlantic to perform on The Ed Sullivan Show. The performance (above) was something of a hit. The smalltown girls screamed so loudly you could barely hear the Chuck Berry rendition (covers were the done thing at that point in Rock 'n' Roll, and Berry was Richards' and Jagger's idol). Sullivan had to scold the audience back to order, and vowed never to invite the band onto his stage again.

Not everyone was impressed with the dishevelled fivesome. Hundreds of conservative NIMBYs telegrammed the show to voice their dismay.

Mick being sleazy with a slow one on Top Of The Pops. Be still our beating hearts - and yet, this hit is genuinely about poultry. 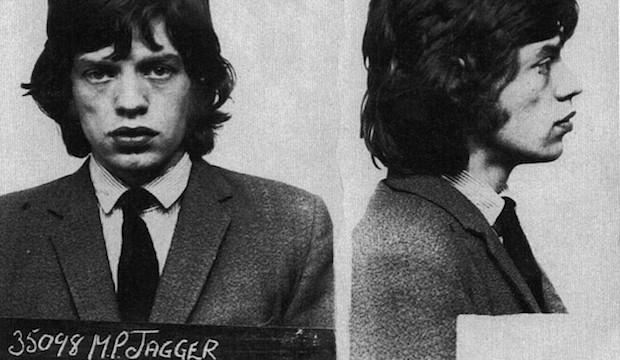 One Sunday evening, in February of 1967, Keith Richards, Mick Jagger and a coterie of friends got really, really high on acid. A member of their colourful party reported seeing "a gang of identical blue dwarfs" descending upon on Keef's recently-purchased West Sussex mansion.

Said dwarfs were in fact an army of eighteen policeman, acting on a tip-off from News of the World. The cops seized what minimal drugs were left after the exuberant binge (a couple of roaches, some speed and a tiny amount of heroin) and hauled them all to jail. Apocryphal legend has it that when the police broke in, Marianne Faithfull was feeding Mick a Mars Bar in a somewhat unconventional manner. Without being too descriptive, the brand's slogan at the time was 'Mars Bars Fill the Gap'.

Mick wept all the way to jail, apparently, while Keith whistled.

'Who breaks a butterfly upon a wheel?'

In July of 1967, Mick Jagger was sentenced to three months in jail for drug possession. Free-thinking Times editor William Rees-Mogg penned an astounding j'accuse, aimed at the judge for the over-harsh sentencing. The Times was a pretty Establishment publication, and Rees-Mogg's support was unprecedented. The article, with its lyrical title taken from an Alexander Pope poem, is one of the most famous in musical history. Read it in full here. 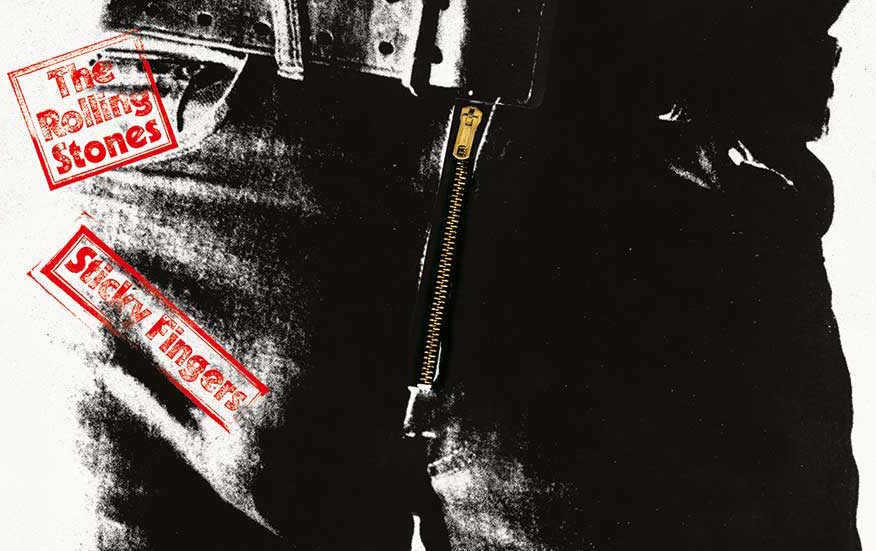 The Stones' run of four sensational albums stakes their claim to Best Band Ever (The Beatles and Radiohead only ever made three greats in a row).

Then bringing up the rear, we have '72's Exile on Main Street - our favourite Stones album - which brims with soul and gospel, on top of its dark rock heart.

Get Yer Ya Yas Out

This is, in our humble opinion, the best live album of all time. Recorded in 1968 from Let It Bleed era, here we have the Stones on supreme form: knockout title, knockout record.

The best two tracks are the two Chuck Berry covers (Oh Carol and Little Queenie) but the highlight could well be Mick's deadpanning intros. On Oh Carol he quips “I think I’ve bust a button my trousers. I hope they don’t fall down … you wouldn’t want my trousers to fall down now would you?” Yes Mick, we would. On Honky Tonk Women: Charlie’s good tonight!” We're not sure he's talking about Charlie Watts.

The decline and death of Brian Jones 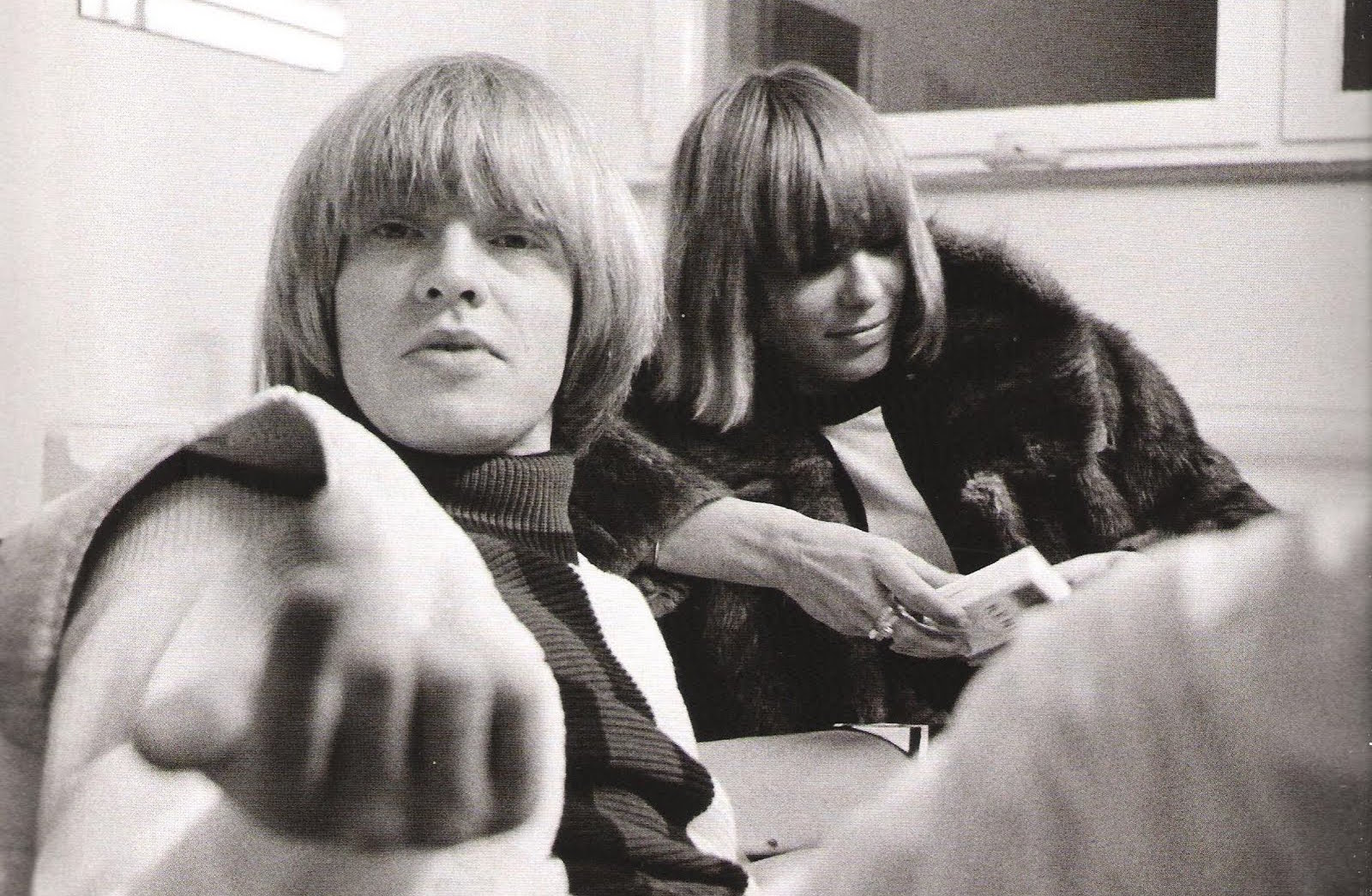 Brian Jones and girlfriend Anita Pallenberg. They were notorious for their hedonistic and violent relationship

For years, the Stones' founder Brian Jones had been floundering. His rivalry with Mick, tempestuous relationship with model Anita Pallenberg, bouts of depression and chronic drug addiction hurtled him doom-wards. In '69, no longer able to deal with his manic outbursts and constant arrests, the band replaced him with Mick Taylor. Three weeks later he was dead, found drowned at the bottom of his swimming pool. At just 27, he was the founding member of the now infamous 'club'.

Two days later, the Stones were due to perform a free festival in Hyde Park. It was widely assumed that they'd cancel, but instead the concert became a tribute to Jones. Before their set, Mick read two stanzas of Shelley's tribute to John Keats Adonaïs, after which several hundred white butterflies were released (sadly, most of these met sticky ends, too).

The '80s weren't kind to the Stones. Mixed reviews and rivalry meant that Jagger and Richards were at one another's throats, so much so that each embarked on an ill-fated solo career. 1985 saw the much maligned Bowie-Jagger collaboration, Dancing in the Street. Things were looking pretty bleak for the band, who very nearly broke up.

But then, in early 1989, a miracle. The band were inducted to the Rock n Roll Hall of Fame. At the ceremony, Mick and Keith put aside their differences and soon started work on a new album Steel Wheels: a gargantuan return to form.

The subsequent world tour set a precedent: corporate sponsorship, 200-strong crews, stadium after stadium, millions of dollars. To this day, they remain the only band who can sell out a stadium anywhere in minutes flat. Mick Jagger, once the butterfly crushed on a wheel, was knighted by Prince Charles for goodness' sake.

What a band, what a legacy. We can't wait for Exhibitionism.