Venus, but not as you know her - we were gripped by the V&A Botticelli show

In 1870, the effusive art critic and aesthete Walter Pater decided that Botticelli’s Madonna looked as though she were thinking about:

"her true children … gipsy children, such as those who, in Apennine villages, still hold out their long brown arms to beg of you, but on Sundays become enfants du choeur, with their thick black hair nicely combed, and fair white linen on their sunburnt throats."

This meticulous and slightly far-fetched observation is typical of Pater. But it is also a typical reaction to Botticelli as an artist – that is, Pater sets a precedent for using Botticelli to mean whatever he wants him to mean.

Since his discovery and reappraisal in the 19th century, Botticelli's works, such as La Primavera & The Birth of Venus have become some of the most familiar in the world: his imagery is part of our visual language. But this show aims to challenge our assumptions of the Renaissance artist we think we know, by examining the way in which Botticelli has been used (and abused) over the last two centuries.

The show moves backwards in time, starting with the present day: we don't get a sniff of the man himself 'til the final rooms of the exhibition. A Venus-inspired plastic statuette, the kind of tourist tat that gathers dust by your bathroom window, sets the tone: this is the Renaissance, but cheaper.

Botticelli's Venus represents a particular ideal of Western beauty, and in the first section of this exhibition, we see recent art that subverts this paradigm by way of a healthy dose of pop culture. We have photographer David LaChapelle's trashy Rebirth of Venus (2009) where neon, eroticism and Pop Art meet. Muniz' Venus is literally made of trash, while Japanese artist Tomoko Nagao's has become a cartoon, her shell is a SONY game console, while the sea and sky are made up of brand logos. The splendour of Botticelli's earthly paradise has been replaced by the trappings of our digitised age. 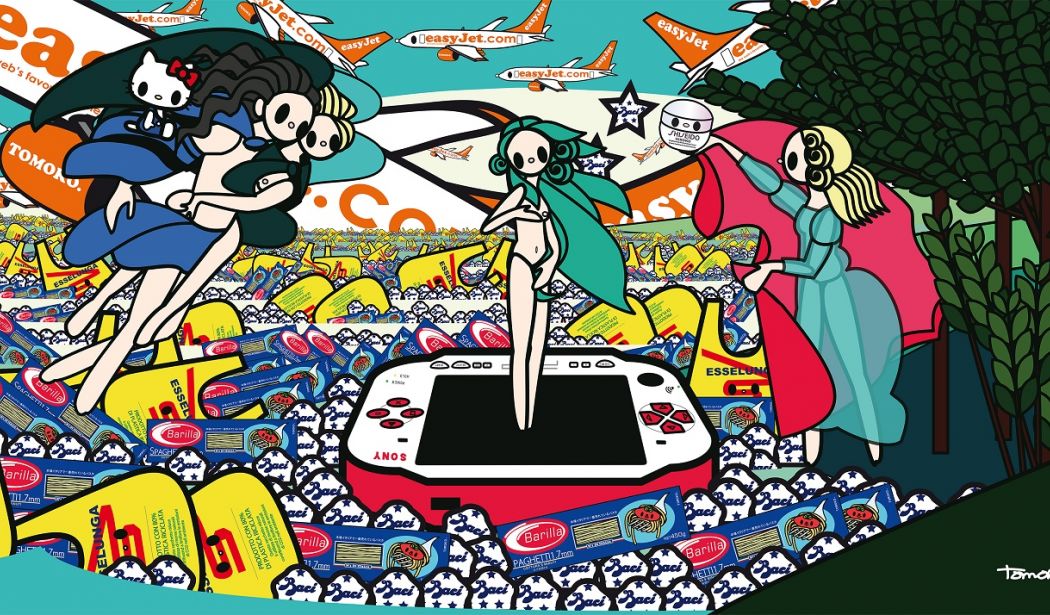 Traditional ideals of Western femininity are jettisoned by artists such as Yin Xin, who paints his Venus with Asian features and Joel Peter Witkin, who uses hermaphrodites in his tableaux. There are photographs from French performance artist Orlan's surgery, where she demanded that surgeons gave her Venus' features. A sharp Dolce and Gabbana suit is covered with prints of the Birth of Venus, the androgynous tailoring at odds with the feminine ideal.

The second section of the exhibition is devoted the connection between Botticelli and Victorian aestheticism. Botticelli may be one of the most famous names of all time, but for 300 years, he was largely forgotten. The Renaissance painter and his languid beauties became an idol to Pre-Raphaelites William Morris, Edward Burne-Jones, Dante Gabriel Rossetti &co. They adored his sensuality, and the ease with which his work blended the pagan and the Christian. His Florentine roots, too, were a source of obsession: Florence had become a place of artistic pilgrimage for the Pre-Raphaelites (as well as something of a party destination).

There's a wonderful selection here, including Rosetti's Ghilarlandata, which draws considerably on La Primavera, and his The Day Dream, whose subject gazes downward, as Botticelli's do, embowered in her vernal scene. The highlight of this section must be William Morris' tapestry The Orchard - his first attempt at a figurative tapestry, which was based on La Primavera. 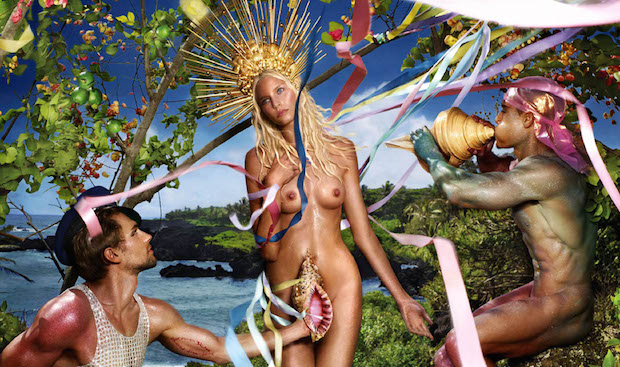 And then, after all the onslaught, we arrive at the man himself. The V&A have sourced 50 paintings from Botticelli and his workshop. There's no reverent hush as we enter this third section of the exhibition. Alright - perhaps our eyes have been refreshed and our preconceptions dismantled by the exhibition But it could be because the works on show vary in quality, depending on how involved Botticelli was in their composition.

Some of the works are exquisite: the recently-restored portrait of Smerelda Bandinelli, with her red hair and diaphanous gown stops you in your tracks with its immediacy. Simonetta Vespucci's portrait blazes with beauty, framed by her elaborately arranged hair. It is a joy to see Botticelli's great masterpiece Pallas and the Centaur, on loan from the Uffizi - surely the highlight of the show. The exhibition closes with Botticelli's Dante illustrations; Devoid of colour and rendered in a plain, graphic style, these illustrations are things of beauty and simplicity.

But then, some of these works are downright hideous. John Ruskin admitted that the Virgin and Child he has purchased was "so ugly that I’ve not dared show it to a human soul”. There are lumpen women, terrifying infants and a host of anatomical impossibilities. It's understandable that Nascita di Venere and La Primavera aren't here - but do we have to have such a lot of dross from Botticelli's pupils?

Nevertheless, this audacious exhibition does what it set out to do: to bring Botticelli back down to earth with a bump, and drag the Renaissance into 2016, so that we can understand why we love it so much. There will be naysayers and traditionalists who crave a traditional, stuffy exhibition and lament the trashiness of Botticelli Reimagined. Don't listen. This is an honest and irreverent look at how one man can shape the history of images.