Naysayers have argued that the Rolling Stones’ Saatchi Exhibition, ‘Exhibitionism’ is nothing but a galumphing, cynical cash cow. The biggest band in the world, it seems, saw the revenue generated by the V&A’s Bowie show, and fancied their own slice of pie. This show is a sign that the band have just sold out.

And these naysayers are right on all counts; apart from the last. The Stones have been selling out for years. They are nothing short of a money-making machine: their art comes second to their monolithic brand, which is the biggest in music’s history. In the '80s, they invented the idea of international turbo tours: corporate sponsorship, 200-strong crews, millions upon millions of dollars. They are experts on tax law, charge as much as £300 a pop for gig tickets, have pasted those famous lips across millions of dollars-worth of merchandise. In fact, the band have been obsessed with their own marketability since the ‘60s, when their first ever manager and publicist Andrew Oldham carefully curated the Bad Boy image that has weathered five decades. Oldham looked at Mick’s lips and hips, and forced him to the front, knowing he could make a rockstar (and wads of cash) out of this young, androgynous waif.

True to form, Exhibitionism is supersonic. Unsexily sponsored by DHL, this show must have cost tens of millions. It has its own box office out in the forecourt, like a gig or festival, closely guarded by besuited men who mutter sinisterly into headsets. Security is as high as at a stadium concert, and the ticket queue snakes across the courtyard. No one, it seems, has been cowed by the hefty ticket prices, which fall the wrong side of £20.

We press aren’t given one iota of preferential treatment: journos must queue at length, along with the rest of ‘em. We are all, it seems, levelled low in the face of such divinity: mere mortals at the altar of these Rock Gods, creaky though the deity may be. The exhibition goes as far as to name our religion ‘Stonesism’, which handily doubles as its hashtag. 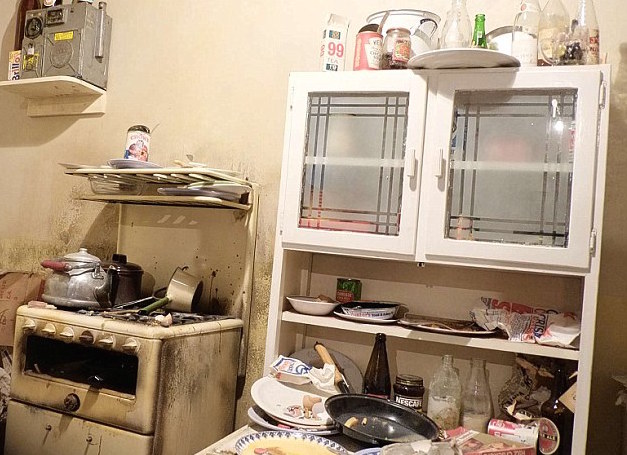 After all this, you think: this had better blow my mind. And, thank God, (or Jagger) Exhibitionism delivers. It’s a technological masterpiece. We have iPads, 3D glasses, and knockout futuristic design, somewhere between a nightclub and a stadium gig. We’re given a cinema, costume hall, and two wonderfully lifelike scenes: the Stones’ first ever flat, more like a hovel, in Kensington (above) and the backstage area of a stadium. “Very authentic, I feel like I’m ready to go on!”, said Jagger at the opening.

The masterstroke, though, must be in the final room, where, after waiting in the holding area 'backstage', we’re treated to a Stones gig in dizzying 3D. You can’t help but marvel at the power of technology to capture, immortalise and recreate a piece of history.

And then the memorabilia – ah, amazing stuff, and so much of it. We have Keith’s Harmonies, Fenders and Les Pauls, Mick's lyric sheets, Charlie’s iridescent drum kit. Hundreds of hours of footage flicker on the walls, while voiceovers from the band drawl out from invisible speakers. Two big rooms are dedicated to the, at times, hilarious wardrobes, modelled by suitably full-lipped mannequins. The glam years of the ‘70s begat some true horrors: Mick’s long-sleeved cotton jumpsuit is a fine example. We wish we were Jagger-spawned, just to be able to dip into this riotous dressing up box.

It’s not perfect. There’s a hell of a lot of text to read, which prevents the objects from speaking for themselves; something they could’ve done with ease. There’s a great deal of standing around, watching footage, and a few too many talking heads. At times, it feels as though we’re wandering through a Stones rock-umentary. Why not just make that instead?

“So much money. So much power. It’s a frightening film in this respect. And if I could gave shown what was really going on, it would have been not to be believed”.

The same charges could be brought against Exhibitionism: the money, the power, and the sense that we’re being hoodwinked; that there’s something left out of this story. There’s a lot of stuff, but not much in the way of humanity. After all the razzle-dazzle, we’re no closer to knowing who the Stones actually are.

Nevertheless, this is an infectious, lovable show. Do go; just book ahead, and wait a good few weeks, when the crowds will have (slightly) diminished. 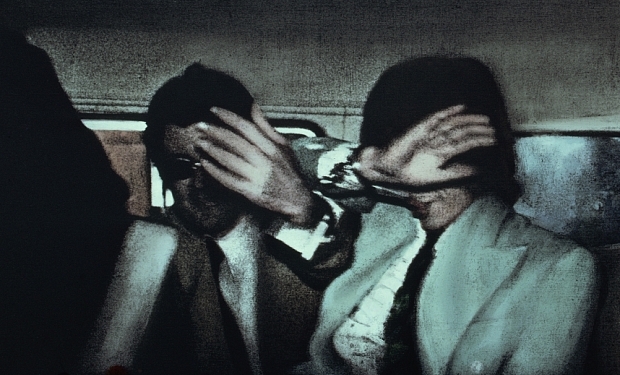 Our list of the Rolling Stones' most iconic moments