If you’re a regular in this neck of the woods, you will have passed Vardo in its former life. The restaurant is housed inside the striking cylindrical pavilion on Duke of York Square. The glass walls and circular shape make eating here vaguely reminiscent of dining in one of the pop-up igloos along the River Thames – only classier. And it goes without saying, Vardo is a plum spot for watching Chelsea’s most glamorous dip in and out of the nearby shops.

Like Caravan, Vardo serves food throughout the day. But here, dinner is arguably the bigger draw. At night, the buzzy restaurant – with its steady pulse of vibey-yet-discreet house music – offers a welcome departure from the sleepy streets of Sloane Square beyond. And that’s before we get to the food… 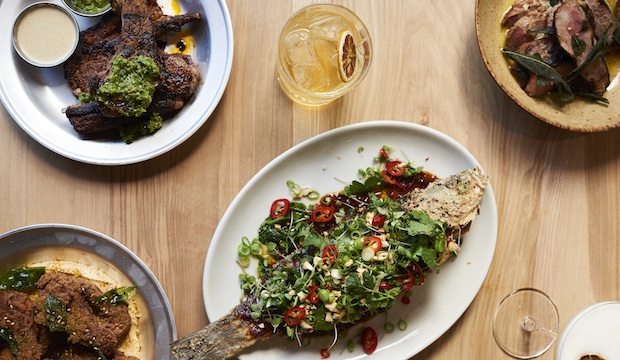 A spread of dishes at Vardo

But let’s backtrack a bit. Why is the restaurant called Vardo? For those who don’t know their mobile homes, vardo wagons were what Romani travellers lived in back in the 19th century. Not only is the name in keeping with the Caravan chain, it’s a nod to the restaurant’s ‘no boundaries’ menu, featuring ingredients collected from around the world.

More specifically, the focus at Vardo is on ‘low and slow’ cooking, with plenty of spice-tossed meats, tahini-smeared plates, grainy bowls and pickled accompaniments. To pin it somewhere in the world, you could say Vardo is Middle Eastern-inspired, but to do so would be denying the full story: after all, Chinese dumplings are in the starter portion of the menu, while there’s a short section dedicated to pizzas, too.

Speaking of menus, Vardo’s is a lengthy one and sits somewhere in between the starter, main, dessert format and the trendier offering of small plates for sharing. Yes, items from the ‘fish and meat’, ‘grains and bowls’ and ‘pizza’ section could be enjoyed as a main for one, but we were advised to share these and throw in a couple of ‘start’ and ‘vegetable’ dishes too, as each rich dish goes heavy on flavours that are exquisite to try, but may overwhelm your taste buds long before you want to lick the plate clean. 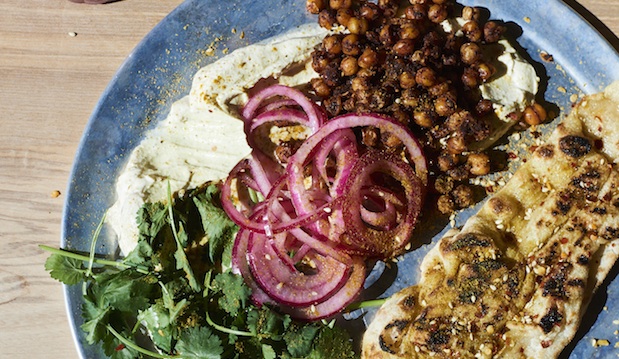 Drinks-wise, there’s a cocktail menu portioned up into different continents. Try the Carnival King from The Americas section: this pisco-led concoction served in a tumbler is sour and punchy in all the right ways. Teetotallers, meanwhile, will be glad to learn Caravan’s kombuchas have also made their way onto the menu here. The apricot and bay leaf version (a still kombucha) arrived looking like a blushing sunset and was every bit as sophisticated as an alcoholic cocktail.

Caravan’s famed jalapeño cornbread pops up here too and will bring back happy memories to those who have tried it before: a dollop of chipotle butter, scattering of coriander and a squeeze of lime remain the loyal accompaniments. It’s fiery, ever so slightly sweet, and so moist it’s dripping in its juices.

The garam masala labneh with fenugreek-chilli butter, a long slab of flatbread and chickpeas rolled in salty spice was also a winner – and generous enough to share among a table of four. 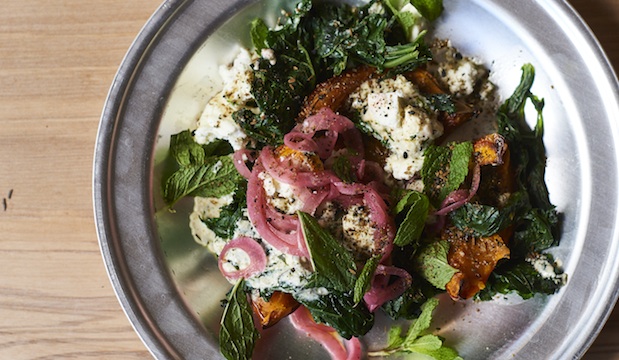 Don’t miss the autumnal-looking plate of roasted kuri squash from the ‘vegetables’ portion of the menu or the baked cod: this doorstep-thick steak comes with a za'atar crust and side salad of lemony, grainy, crunchy goodness. If you eat meat, get the spiced lamb shoulder too but share it because this heap of shredded meat – deliciously fatty in parts, charred in others – is so rich that even two would struggle to finish off the plate.

It’s a mercy that, following on from a heavy round of savoury dishes, the ‘slices and serves’ portion of the menu – aka dessert – is ice cream led. Do get the vanilla bean soft-serve with Fontodi olive oil and smoked sea salt – and not just because olive oil is the ice cream dressing of 2019. Its thick flakes of salt may make gasp momentarily, but trust us, it’s a grower and you’ll soon find yourself raising your spoon for more. The ice cream beneath resets the bar as to what a soft-serve can taste like (sigh-worthily good) and the olive oil is so eye-openingly full of flavour you’ll ask for a bottle of it on your way out.

The Caravan team have done it again, opening a new restaurant under a different name that carries the brand’s best traits: a menu and atmosphere that are exciting in equal parts. And it’s for both of those that we’ll be coming back. 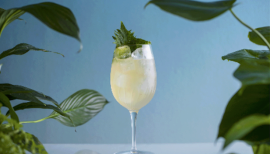 Is the King's Road back in the limelight? The best new restaurants, Chelsea