5 CW readers are interested
Suzi Tros, Notting Hill review 4 Suzi Tros, Notting Hill review Holly CW
When news broke that Adrien Carre and Christina Mouratoglou – the husband and wife team behind Notting Hill’s delectable Greek restaurant Mazi – were opening a new eatery, heads were turned. The bistro in question is Suzi Tros, a sister joint to neighbouring Mazi. It’s not a case of doubling up, though: while Mazi is all about showcasing Greek cuisine at its most spectacular (with some dishes totting up 30-odd ingredients), Suzi Tros is a celebration of simplicity, specialising in pared-back small plates.

We visit on the kind of balmy summer evening made for relaxed Greek dining. Following a hearty welcome with a touch of London sophistication, we’re whizzed through the front room where counter seats peer over an open kitchen headed up by former Mazi chef John Skotida, and into the 30-seater main dining room behind it. 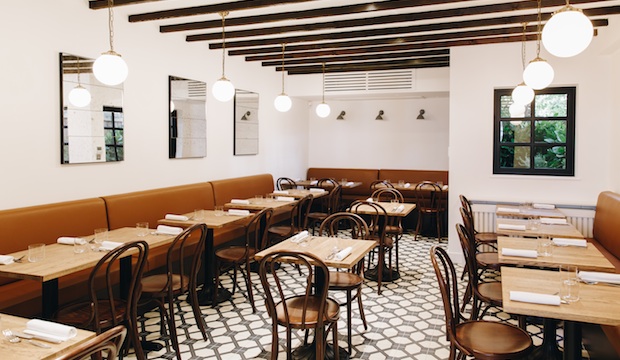 Here, every table was full by 7:30PM and with a real range of guests: couples young and old, groups of laughing friends and even a 20-something birthday party – all oh which contributed to an atmosphere of celebration. Yamas!

We began with cocktails, relishing in the chance to drink concoctions laced with mastiha (made with resin from the mastic tree) and tsipouro (the residue of the wine press) – two Greek spirits rarely found on London menus. The ‘Suzi Loves Passion’ was short, sweet and punchy. A mastiha and basil-muddled mojito was deliciously light and fresh.

Sip yours slowly while browsing the menu, which is divided into hors d’oeuvres, raw, garden, fish market and butcher. The menu is designed for sharing but with a lot to choose from, you’ll want to pick wisely to avoid any envy as other dishes land on neighbouring tables. Whatever you choose, though, if you follow the guidelines for three dishes per person, you can expect a spread fitting for a restaurant that takes its name from the classic 60s Greek film I Parisiana – which translates as: Suzi, you eat. 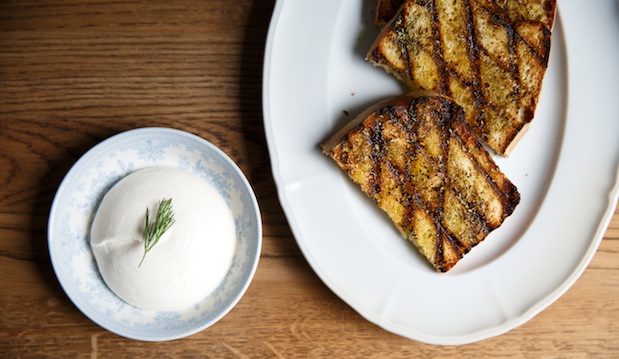 Eat we did. First came the bread which, when on the menu, is a litmus test for any decent restaurant meal. Here, it also just might be the highlight: three thick slabs arrived piled on top of one another, encrusted with rock salt and oregano, and brandished with blackened lines from a scorching on the grill. This is the bread of gods and not to be missed. Do accompany it with the homemade Tarama and prepare to have your perceptions of the dip rewired. This is not the pale pink, tubbed and sickly-after-one-too-many-scoops sort of taramasalata you can find in the shops: it's white, light, smokey and oh-so-moreish.

Metsovone croquettes with a centre of bacon jam came in a generous portion of five. These were also salty, smokey and sigh-worthy. So devilishly good, in fact, we were forced to split the fifth down the middle to avoid creating a scene.

Next came a dakos which was nearly sent away because it so closely resembled a berry-topped cheesecake. ('Too soon!' we almost cried.) It was, in fact, a constructed version of the dish you’re used to: the soaked-then-dried bread and barley forming a base on which a generous cylinder of whipped feta cream sits, with a medley of olive-oil drenched cherry tomatoes and kalamata olives on top of that. Oh, those cherry tomatoes – so ripe, so fresh. Come prepared for them to live on in your memory for ever more. 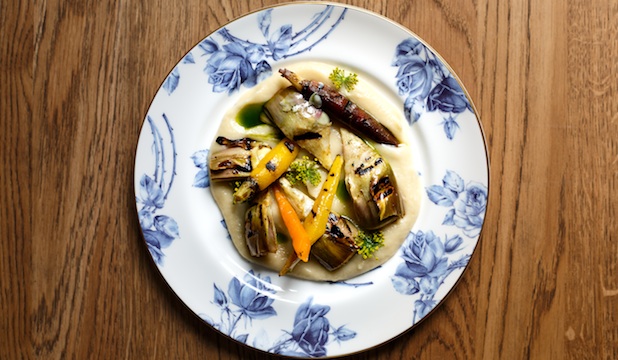 It’s worth noting that the ‘garden’ section of the menu at Suzi Tros is the longest; happy days for vegetarians. The salt baked carrots came recommended – and rightly so. These plucked-from-the-patch veggies might resemble a dish served at an English roast dinner, but they certainly don’t taste like one: sat astride ripples of aioli and drizzled in maple syrup, they’re sweetened to near pudding status and cleverly elevated from side dish to centre stage.

For those who eat fish, look to the charred prawns saganaki: shut your eyes and this combination of meaty king prawns, a rich tomato and ouzo sauce and dottings of saganaki (fried cheese) could be a plate of meatballs – seriously – making it one for the reluctant vegetarian.

The chicken thigh gyro tacos were perhaps the only question mark from our selection. While the chicken was sumptuously seasoned, the accompanying julienned cucumber and onion, tangy sauce and tacos made the dish strangely reminiscent of Chinese duck pancakes – a somewhat unwelcome interruption of from our Greek feast. Our advice? Opt for the grilled lamb chops of grandmama’s meatballs instead. 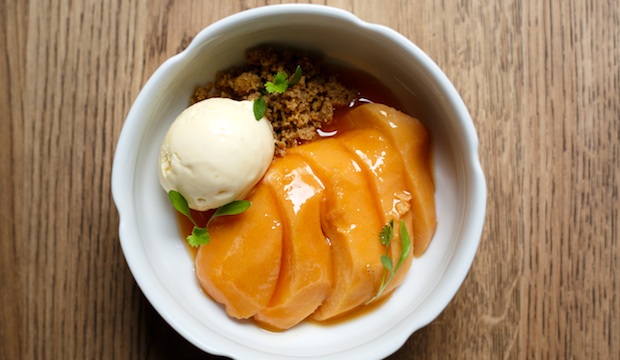 Do leave room for pudding and if it’s on the menu, make it the poached peaches, which are a summer holiday in a bowl: the slippery, fire-coloured fruit accompanied by frozen Greek yogurt and nutty cinnamon crumble.

In the mood for a night cap? No shots of ouzo to round off your meal here. Instead, head downstairs to the bar, where further mastika and tsipouro-based cocktails are served along with a selection of unusual Greek wines curated by restaurateur Adrien Carre. Oh, and do take a trip to the loo (yes, really). These white-washed alcoves on the basement floor, scented like herbs of the mountain, are a continuation of the ‘interiors inspo’ found throughout the restaurant.

In short, Suzi Tros is a showcase of a very different Greece to the one you’ll know from holidaying on its islands. It's a polished, trendy bistro. One that’s all about simplicity and locality. One that suits its Notting Hill surroundings and offers diners the same quality found next door at Mazi, but with a pared-back elegance in keeping with the current zeitgeist of London’s foodie scene. 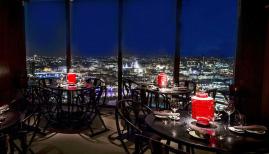 The 10 special-occasion restaurants to know in London 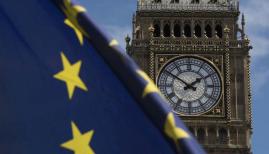 Where to enjoy a taste of Europe in London 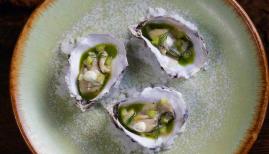