13 CW readers are interested
Undressed review, V&A 3 Undressed review, V&A Helena Kealey
In the first room of the V&A’s Undressed exhibition there is a seventeenth century ‘stay busk’; a carved wooden twig, inserted into the front of a corset, to keep the whole thing together. This one is etched rustically with words and symbols – they often were; busks were positioned close the heart, and the illiterate classes would give them as tokens of affection. You picture the lovesick peasant, carving by firelight.

What a strange, touching little thing. And the exhibition, which is roughly chronological but arranged by theme, is full of strange, touching things, from the 18th century to the present day. We have a fig-leaf, added to Michelangelo’s David by Queen Victoria, who was morally outraged by the statue’s protuberant anatomy. The sheer dress worn by Kate Moss to Elite Models party in 1993 is here, as is the first ever padded bra - the tagline is ‘A little help, for the person who is too thin or scant in the chest’. We have Queen Victoria’s mother’s drawers, and also the first ever thong: a flesh-coloured, unisex affair, designed in California in the 1970s, when nude swimming was outlawed. A Kardashian style waist trainer is placed next to its 18th century equivalent, a 1930s ostrich feather negligee next to a House of Harlot latex catsuit, Jock straps, garters, corset after corset, Swarovski-encrusted lingerie sets, spanx, high fashion, fetishwear: this show is an intimate, fantastical curiosity cabinet. 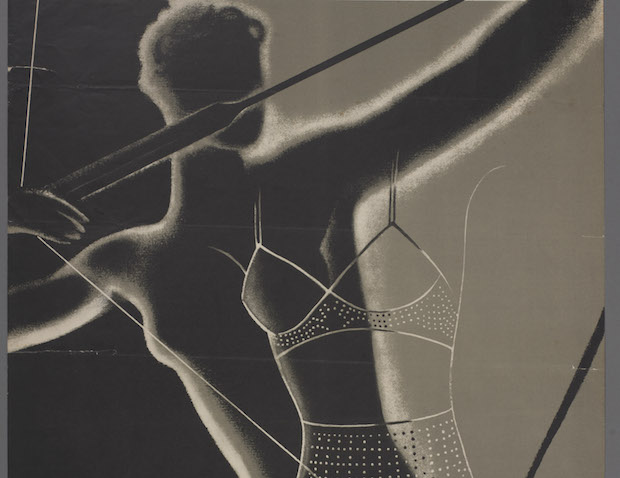 With so much on display, and such jarring juxtapositions, it’s easy to be distracted from what isn’t there. But look closely, and you’ll see that this history of underwear is a touch too brief.

For a museum with such a rich and diverse collection, it seems shortsighted to focus exclusively on Western underwear. The show could have done with fewer corsets and greater variety; where were the Chinese pantaloons? The Japanese under-skirts? Disappointing. While we’re at it, where were the larger sizes? Every item on display looks the equivalent of a UK size 6, or smaller. The corseted 19 inch waists made you gasp in sympathy. Even Vogue have published a plus-size underwear shoot; the V&A should have been more inclusive.

Last complaint: for an exhibition so bound up with the female form, why so little on the practicalities of feminine hygiene? Childbirth was just about acknowledged, with the presence of a maternity corset (!). But menstruation was kept hidden under a metaphorical fig-leaf. We were surprised not to see the new THINX underwear, or Lunapanties or Victorian ‘T-bandages’. 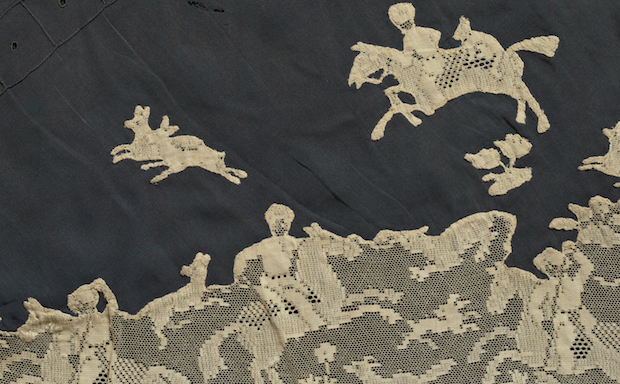 There’s plenty here that tickles and lots to covet. But despite the fetish gear and unisex Acne underwear, this pink-walled V&A exhibition, with its tinkling piano music, was a touch too strait-laced.

Undressed: A Brief History of Underwear