One of the greatest photographers of the 20th Century comes to London: Paul Strand exhibition 2015 will be a sight to behold

Few sights are more suggestive of the American dream than a white picket fence. It symbolises an ideal suburban domesticity: a picturesque border delineating a happy Midwestern home and 2.5 kids.

American photographer Paul Strand’s fence, currently hanging in his V&A retrospective is rather different. Up close and in sharp focus, we see a weathered, starkly white structure. Its skewers appear lethal, like an upturned portcullis. The house in the background is dwarfed and out of focus: the fence is all we see. 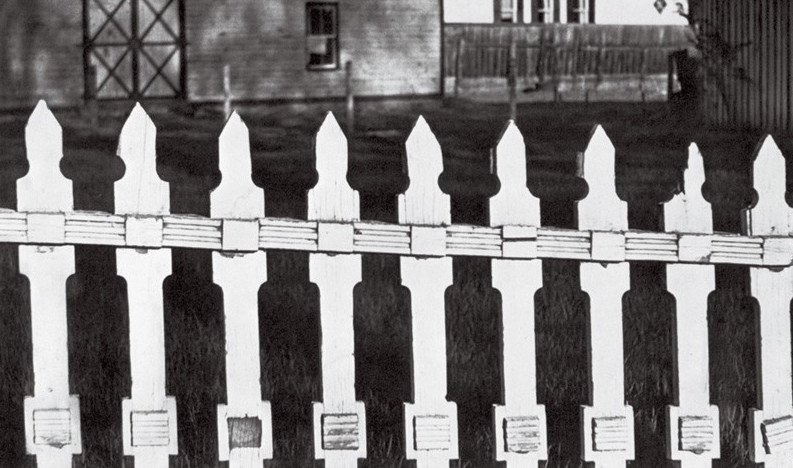 The above image is one of the most important photographs ever taken. Captured way back in 1916, it confirmed the arrival of Modernist photography. Never before had something so banal been the subject matter of a picture. “It was very much alive, very American, very much a part of the country” the artist said of his image.

Influenced by modern photography pioneer Alfred Stieglitz, he was moving away from the 'Pictorialism' that had dominated the medium up to that point. Previously, soft focus and highly stylised scenes had attempted to make this new technology painterly, and establish it as a fine art form. Modernists began to celebrate the camera as a mechanical tool. Softness was replaced by sharp focus, as photographers reached for hard lines, spontaneity and the documentation of everyday life. Strand’s photographs were quests for truth, however brutal, and not for beauty. This rejection was a founding tenet of Modernism.

The exhibition is chronological, and from this early work, we move through Strand's burgeoning avant-garde experimentation. His fragmented Still life, Pears and Bowls is sheer cubism, with its jumble of objects. So is Porch Shadows, which apes the abstraction Strand had seen in Europe. 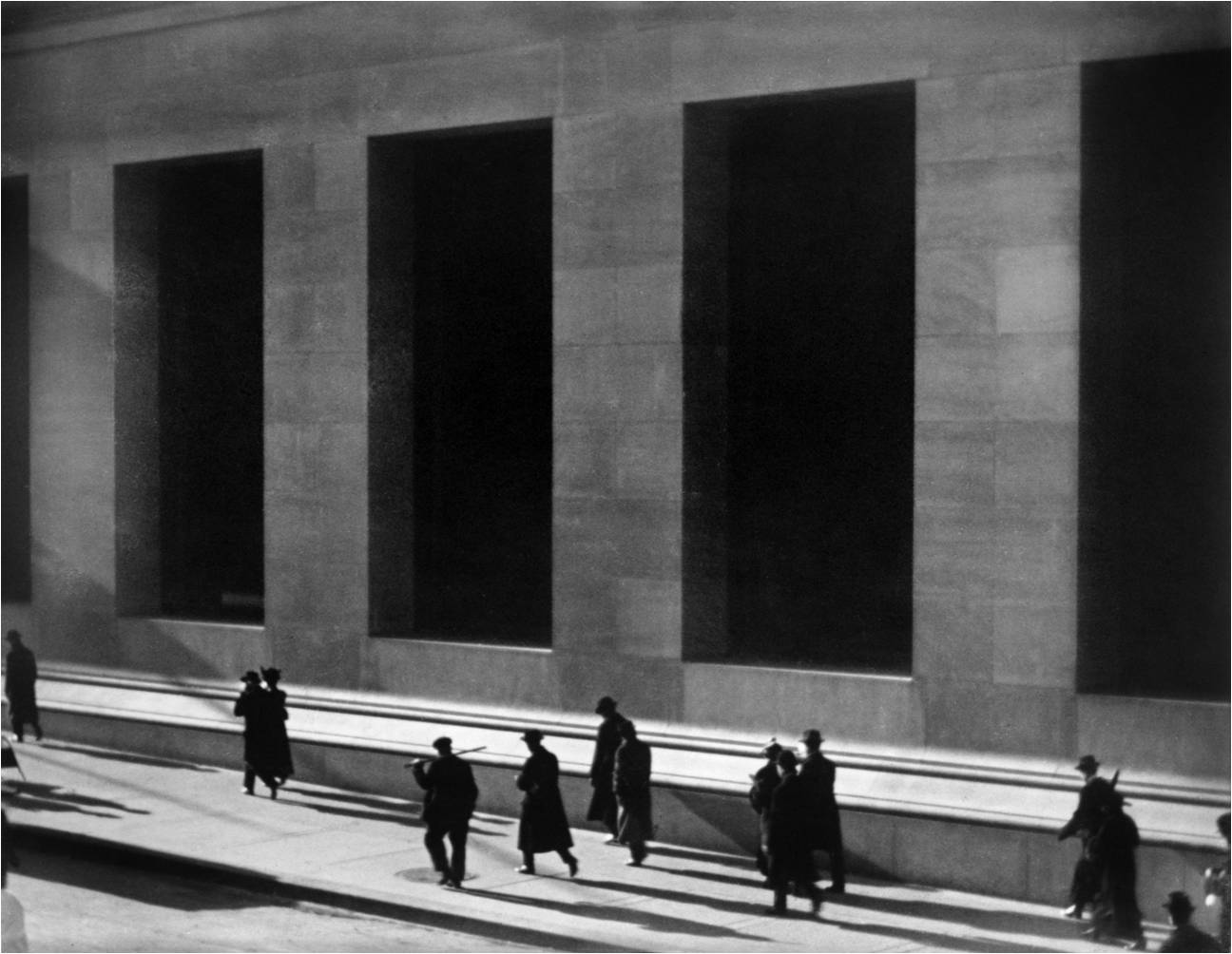 His bleak Wall Street, taken in the morning light, chimes with modernist themes of mechanisation, isolation and disillusionment. Silhouettes of men in identikit hats and coats, long shadows dragging behind them, are dwarfed by the hulking J.P Morgan building. You can almost hear T.S Eliot:

Unreal City,
Under the brown fog of a winter dawn,
A crowd flowed over London Bridge, so many,
I had not thought death had undone so many.
Sighs, short and infrequent, were exhaled,
And each man fixed his eyes before his feet.

Strand pioneered street portraits. Using a decoy lens, he'd snap his subjects without them realising. Portraiture had never been used in this way before: he was making monumental statements about ordinary people. We loved the portrait of the blankly staring woman, whose sign announces her as 'BLIND', and the Italian patriarch with the jaunty hat and crooked smile. 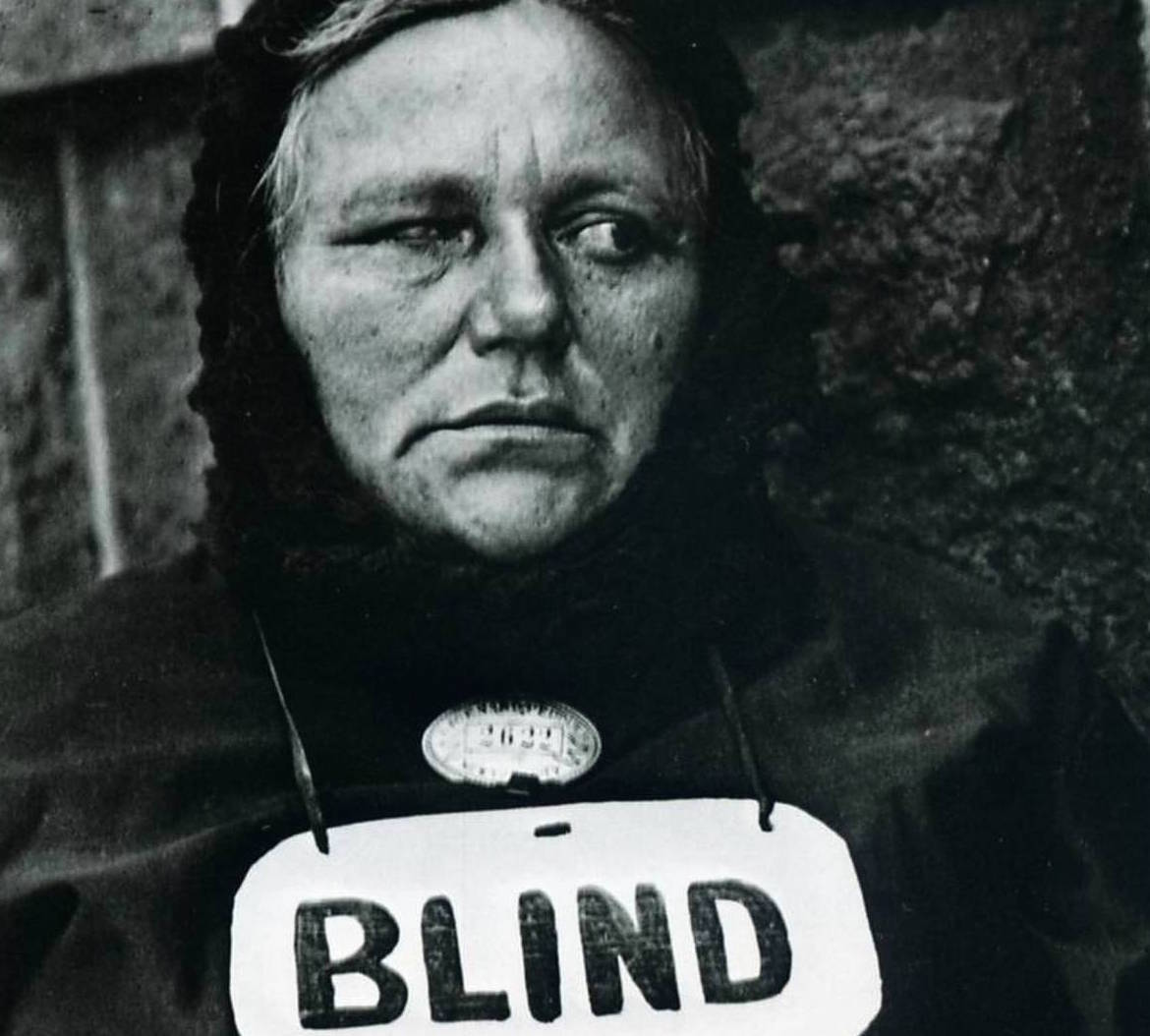 Paul Strand, “Blind Woman” (1916).
Then we move to more intimate portraits of Strand's wife and his great friend Stieglitz. The pictures are close up, but both subjects have a faraway look about them: perhaps a harbinger of the eventual breakdown of both relationships.

here, the exhibition loses its way slightly. In the 50s, Strand left the US and travelled around Europe and Africa, making 'portraits of place'. The V&A's curatorial impulse here seems to have been one of blind inclusion. Whilst some of the snaps of rustic Outer Hebridean life are fascinating, there are seemingly endless pictures of serious looking locals, most of which simply aren't interesting photographs. Some of them are downright bad: we felt Strand would have been horrified that his poorly-composed sheep-market picture had been included .This section feels like an ethnographic travelogue: there is none of the immediacy of the street portraits, nothing that grabs at you. Visitors were breezing through: it should have been cut in half. 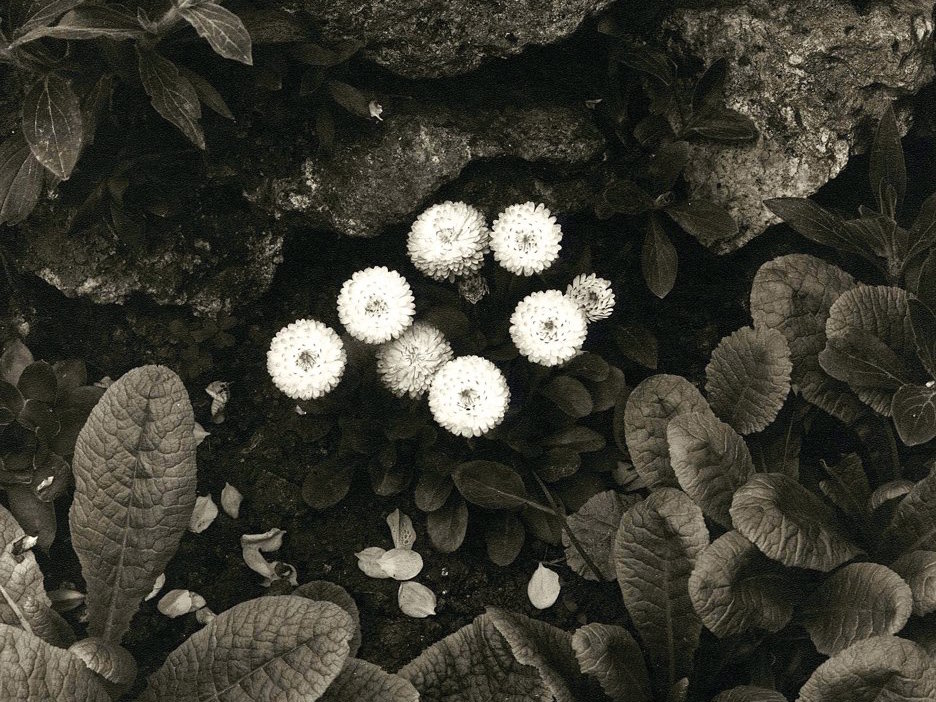 The Garden at Orgeval © Paul Strand
The V&A saves the best for last. Strand spent the last 27 years of his life in France and, like Monet, his late works turn to the land nearest him. The quietphotographs of his garden at Orgeval close the exhibition - and they are exquisite. Having traipsed through far-flung lands, Strand turned to close studies of nature. Long exposures crystallise the beauty of natural forms and patterns: constellations of flowers, tangled branches, dew-studded irises. The fact that these images are drained of colour lends them a kind of eternity. "The artist's world is limitless," Strand said "It can be found anywhere, from where he lives or a few feet away. It is always on his doorstep." Amen.