And he’s right. We all have them, the glossy, toned, tanned goddesses wafting around the gym, the career-ladder-climbing friend in her tasteful, tidy flat. Woman who pervade mainstream media, smiling at salads, laughing at yoghurt and symbolizing femininity.

These blandly perfect women are the reason we want, need and love DryWrite Theatre Company. Headed by Phoebe Waller-Bridge and Vicky Jones, and suddenly a sensation thanks to the monumental success and TV adaptation of 2013 play Fleabag, they put hot mess millennial women in the spotlight. 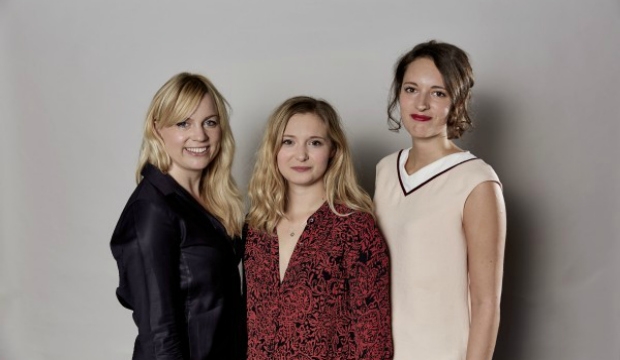 Touch feels like a natural extension of Fleabag, taking us from mid twenties to early thirties with the same filthy, unflinching humour. Another smart, strong woman is following her sexual drive through a messy muddle of dates and hook-ups. Amy Morgan radiates warmth as Dee, a 33-year-old who has moved from Swansea to a scuzzy London bedsit for a temporary maternity cover job.

From the pot of Pringles balanced precariously on the bedside table to the pile of dirty dishes in the shower, the whole set is so instantly familiar you can almost smell the nail varnish remover, sour corner shop wine and rising damp.

Over 90 minutes we have a series of encounters. There’s po-faced Eddie, who soon becomes a bossy boyfriend; there’s middle-aged Miles, who bemoans woolly liberals and dominates debate; there’s teenage Paddy, strutting and boasting about bedding hundreds of women; there’s ex long-term boyfriend Sam who travels from Wales to fix the plumbing; and there’s Vera, anxious gal pal from the gym and occasional lover.

Occasionally the structure feels artificial – a way of introducing particular conversations, rather than a natural flow – but the dialogue that follows is so sharp, so gasp-inducing it still works.

Between the boozing and flirting there are ragged edges. But instead of the tragic vein in Fleabag, it's a more familiar sense of foreboding about finances, fertility and the future in general that flickers through comedy. Dee's certain about her feminism, but unsure how it's negated by submissive fantasies. She wavers between domestic bliss with Sam in Swansea or sexual adventures and squalid flats in the city.

She might be flawed, but she's fearless – and a helluva lot more fun than those 'lovely feminine ladies' who do have their sh*t together.