Set in a 1830s taproom, The Swell Mob is the latest rollicking production from Fringe regulars Flabbergast Theatre who showcase their award-winning abilities to create electric physical productions infused with cabaret and highly entertaining puppetry. This immersive theatrical experience invites audience members to dust off their finest frocks and waistcoats for an evening of 19th century debauchery and to drink, sing and gamble with a motley crew of misfits. 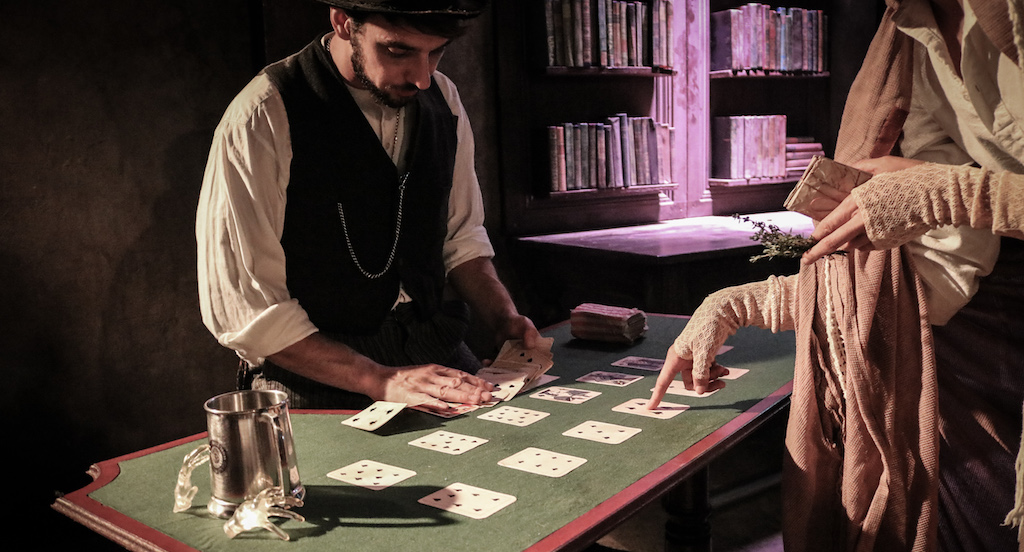 The detail of the set is excellent, with plenty of period-appropriate sundries and quirky curios covering the walls to create a cluttered, claustrophobic atmosphere. The tattered Victorian garb and heavy eye makeup also gives off optimal creepy Tim Burton vibes. A talented cast offers a constant stream of activity to capture your attention. Each character seems to have their own rich back story. Though you never fully discover what each of these are, outbursts of nightmarish visions and visible internal struggles, such as the tormented boxer who had dreams of becoming a musician, leave you eager to know more.

The production creates another level of mystery to the storyline by introducing a supernatural element. A satanic force, which comes in the form of a terrifying skull puppet, seems to govern the characters, adding a Faustian quality to the plot which provides a good opportunity for a change of pace. Interludes of haunting, stylised scenes powerfully interrupt the jovial cacophony of the taproom, keeping the show fresh and lively.

The Swell Mob will transport you to a warped Dickensian world for an hour and a half. Go for bold immersive theatre, or just to pet a ridiculously adorable dog. 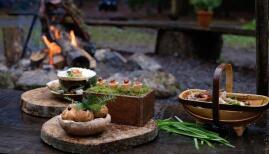