The contenders are the idealist Secretary William Russell (Martin Shaw) and Joseph Cantwell (Jeff Fahey), a rags to riches populist senator from the south. The play is a wry and often comic account for the poor state that is democratic politics – a greasy machine where the cogs that make it turn are backroom deals, spin and smear campaigns.

Russell is our ideological light in the dark, believing in party unity and political equality where social issues are addressed. Cantwell, in his bone headed, god-fearing American idealism, is a man who, as Russell puts it, has no sense of right or wrong, just what works. Each trying to secure their party’s nomination, the two men become embroiled in a smear campaign standoff, wherein Russell’s staunch idealism must be compromised if he really wants to win.

In chaotic scene changes and a bland hotel room setting, the action sadly never really transcends. Jack Shepherd however, as ex-President Art Hockstader, has the most fun as the wisest political veteran of them all, while party veteran Mrs Gamadge (Maureen Lipman) offers sage and cynical advice on being a First Lady to the candidates’ wives, Alice (Glynis Barber) and Mabel (Honeysuckle Weeks).

With our current politics so polluted with ego and ambition, it’s refreshing to hear Russell’s analogy of politics as a blank face, where responsibility and honour should become the features. But that’s not to say by the end he comes out ideologically unscathed, or without having made any sacrifices, prompting us to wonder who the best man really is. 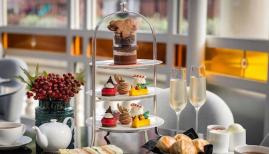