Dick – modelled on Plantagenet king Richard III – is the underdog at Roseland High due to years of hemiplegia (partial paralysis) and unpopularity. But he’s always wanted to be like the cool kids, and as the school year nears its end, the time has finally come. He stakes out a plot to become senior class president, drunk on the prospect of popularity. But is it better to get what you want because people like you, or by virtue of bullying? Will Dick’s reign at the top last? And will love or hatred ultimately win? Teenage Dick is a twist on the Shakespearean play, shifting the politics and powerplay from English court to American classrooms. 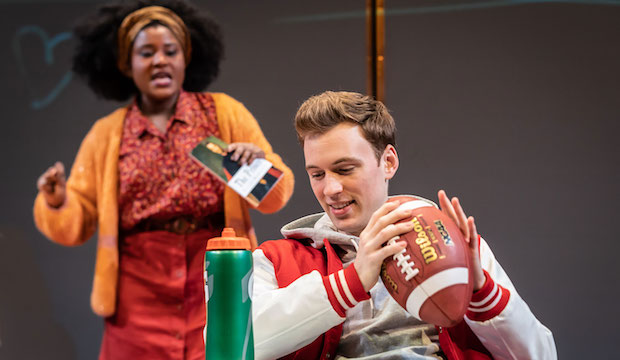 Rising star Daniel Monks, who has been praised for his performance as Roger in Sydney Theatre Company’s Lord of the Flies, will play Richard. Susan Wokoma will play Elizabeth, having impressed on Channel 4’s Year of the Rabbit and as Bottom in A Midsummer Night’s Dream at the Open Air Theatre this summer.

Artistic director at the Donmar Michael Longhurst directs Teenage Dick. The award-winning director planned to introduce ‘disruption’ to the Donmar when he started his tenure, and this will be the second production he is leading. Under his watch, the last Plantagenet ruler is set to get a proper makeover.