In the twenty years since Frozen the play premiered, its murdered child narrative has become a mainstay of mainstream entertainment. Our appetite for serial killers and grieving parents is fed by a plethora of primetime dramas, along with extensive media coverage real life crimes.

So it’s a testament to Lavery’s needling script that the subject still chills and shocks on stage. Instead of grisly violence or a murder mystery, the play hones in on the aftermath and ripple effects of the crime. We see three sides of the story: the frantic grieving mother played by Dr Foster star Suranne Jones; a twitchy tattooed killer played by Jason Watkins; a somewhat unstable criminal psychiatrist who has flown in from New York (Nina Sosanya). 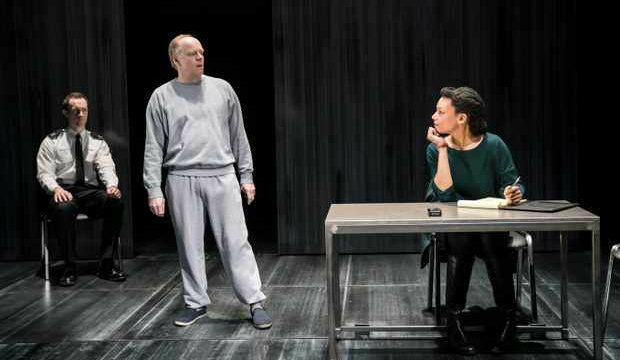 Jonathan Munby directs a minimalist, unflinching production. A series of suspended panels fill the stage and the drama is conveyed in a series of monologues, addressed directly to the audience.

We see quotidian domestic gripes switch into life-altering tragedy, a middle-aged man from the Midlands emerge as a prolific paedophilic killer, and a fascinating academic argument for the forgivability of such crimes.

As these three separate strands entwine and the characters come into uneasy contact with each other, Frozen grows colder and more frigid.

Perhaps it’s desensitization from over exposure to crime dramas, but the portrait of a grieving mother feels too formulaic to reach the gut-wrenching devastation it warrants. Suranne Jones is compelling as the activist, rallying around the cause of finding her missing daughter, but when she cries out in horror we feel curiously detached. Instead of an emotional reaction, we share the clinical, academic fascination of the criminal psychiatrist. 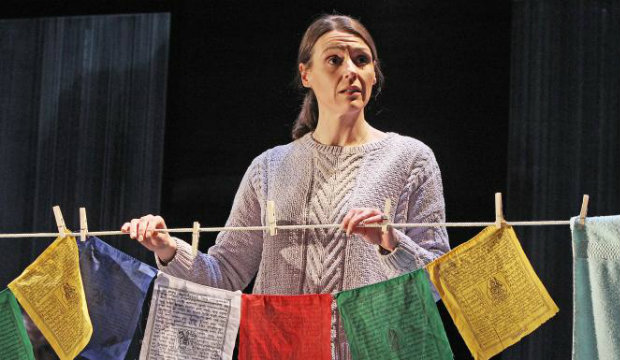 Though the play is frequently chilling – there’s an audible intake of breath from the audience as the killer lists his child pornography collection – it’s the sense of banality that is most striking. Yes we see a victim and a killer, but we also see an ordinary woman thrown into the public eye, defined and devoured by her loss. And a squirmy seemingly unremarkable man becomes the catalyst and the core of the story.