Created by the company’s artistic director Richard Crawford, and filmed at the Town Hall Hotel in Bethnal Green – the same location as the company’s 2019 live show Secret Theatre Project London – Redemption Room introduces home audiences to six celebrities facing trial. Among them is a social media influencer caught dancing on the imaginary graves of the Trump family, a doping gymnast and a fuddy-duddy guilty of hunting then posing for photos with his trophy prize on an endangered hippo. If it sounds familiar, you’re right – all six cases chime with real-life scandals that have made headlines in recent years, making the show feel satisfactorily up to date. Then there’s audience member Izzy, the surprise contestant, guilty of knowingly spreading Covid. 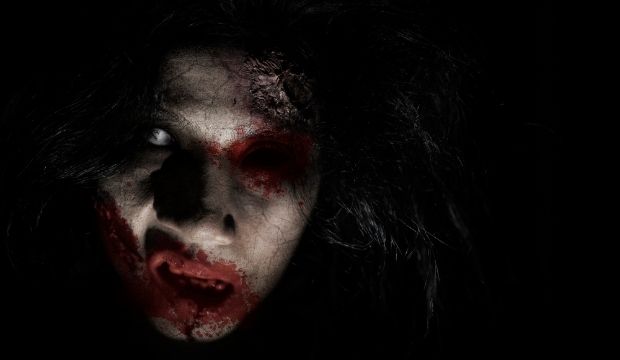 Lauding over it all is show host-cum-judge Rex Shakespeare (Christopher Killik), who in gleeful tones reminiscent of Caesar Flickerman from The Hunger Games, asks audience members to vote on whether each of the shamed celebrities deserves to be punished for their crimes.

In 2019's Secret Theatre Project, the company made brilliant use of the Town Hall Hotel's spectacular courtroom, inviting the audience to step into the role of jury to debate the outcome of the case at hand. But here, despite us viewers being promised an active role in the production and the chance to play both judge and executioner, these initial votes form the extent of our contribution. Sure, there’s a chance to communicate with other viewers and even contestants via the show’s chat function, but these unstructured conversations remain off screen and have no influence on the direction of the plot, which soon unravels into a very thin, gore-fuelled denouement.

Credit must go to the magical theatrics devised by illusion director Filipe Carvalho and action co-ordinator Alex Payne, which infuse the production with its promise of spine-chilling horror. Between an active Ouija board, flying furniture, the sudden appearance of ghostly messages and flashes of fire, the evil energy is every bit as frightening as it would be to watch live.

Redemption Room is built on a clever idea and masters the special effects needed to make a virtual show exciting, but there's work to be done on fleshing out the plot and bringing the audience closer to the action. 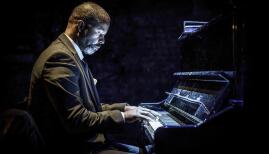 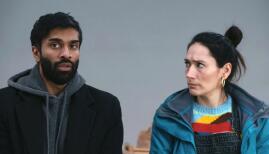